Three Popcorn Memories, Including One Tragedy with a Warning to Would-Be Santas

Welcome to my brother, as he contributes one of his food and family memories wafted on the aroma of popcorn. 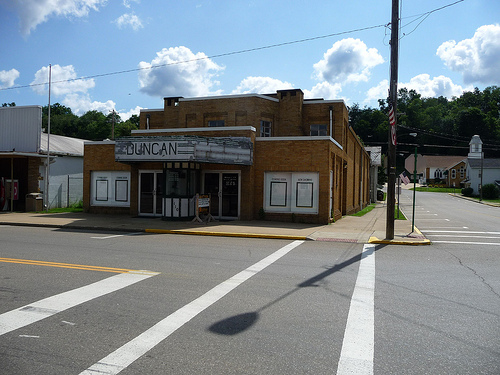 The Duncan Theater still stands on the corner of Front Street and Main Street in Killbuck, Ohio, but it has clearly seen better days.

1. Popcorn Wars
In the village movie house theater in Killbuck, Ohio, where my grandmother Vera Stout Anderson ( 1881-1964) occasionally sold tickets (25 cents as I remember- maybe I was getting the family discount) there was always a cloud of popcorn steam leaking from the little machine cackling in the lobby. It was not buttered (or coconut oiled — that came later), and it usually tasted fairly fresh. The tilt-handled little pot in the glass box was regulated with showy skill and proprietary pride by Billy Duncan until he had to trudge upstairs to run the projector. Then the measuring, filling, dumping, and bagging duties were taken up by some hireling from the village.

If you were on good terms with that person, there was the rare chance that your “Aw, come on, Erma. Gimme a freebie,” might work. I remember a bag costing ten or fifteen cents but my sister thinks it was twenty-five cents per. (Wasn’t she getting the family discount?)

Even that small outlay was frequently too lavish for us younger kids. This caused the front-section kids (the “stiff-neck gang” who had to look straight up at the screen) to put a lot of verbal pressure on the haves to share with the have-nots, leading to grabbing, bag-tearing, and popcorn flinging. 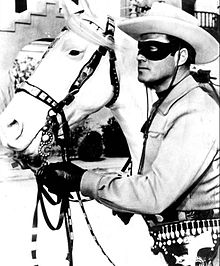 Kernels found at the bottom of the bag made good ammo for spitting at the kids in the first row. When you ran out of kernels, you could wad up the bag and fling it over your shoulder in hopes it would find some innocent target a couple of rows behind yours.

“Hey, who did that? Do that again and I‘m calling Billy down here to take you out.”

But mild, pudgy Billy, as I recall, never descended to enforce any real discipline on us popcorn-gallery combatants. 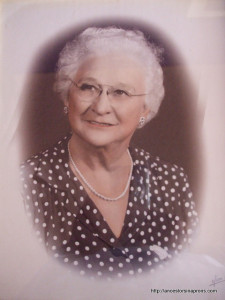 On this site something already has written about our Grandma Vera’s penchant for sweetening the world at every opportunity, dumping, for instance, her ever-ready refined white over everything from melons to tomatoes. Getting popcorn at her house always meant getting it frosted, either by granulated or, preferably, powdered.

[Note from VMB: the recipes you will find on the Internet seem to all mix the sugar into the oil making a syrup. This is NOT Grandma Vera’s version, which pops the corn in a plain, heavy pan in butter, then sprinkles with salt and sugar.]

As a kid I couldn’t understand why everyone didn’t do this. Maybe it was overkill to sprinkle the “white death” (as it later came to be called by health-puritans) on already sweet, garden-fresh tomatoes, but I assumed as a kid that since popcorn was lacking in sufficient natural sweetness, it needed to be fixed.

Other than in popcorn balls, I haven’t eaten sugared popcorn since going away to college. And speaking of…

3. Popcorn Balls and Fire from Down Below 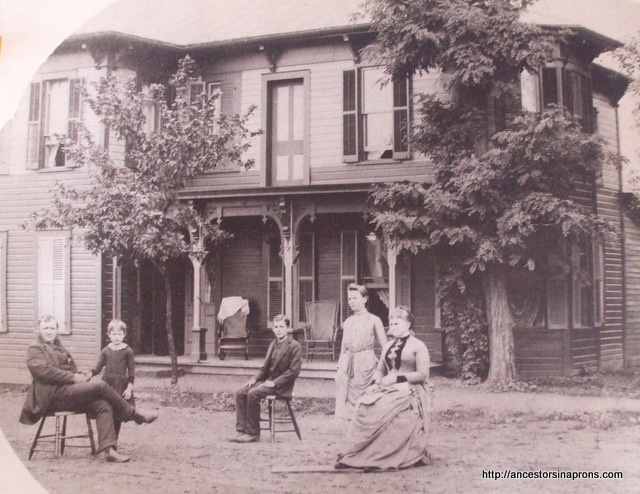 The big old rambling house built by my great-grandfather, Dr. William Stout (1845-1910), squatted three lots down from the theater on Main Street in Killbuck and was frequently the site of minor community festivities. At Christmastime, when Vera and Guy Anderson lived there, the family offspring were joined there by other village kids for singing and feasting while folks dropped by bearing presents and seasonal food specialties.

One grubby but full-of-good-cheer old fellow (we’ll call him K. C.– not his real initials– to protect any innocent descendants) showed up offering his homemade specialty: popcorn balls. He enhanced his visit by dressing in a grubby Santa outfit including a real, artificial Santa beard. K. C., his well-worn suit, and his scanty false whiskers all seemed to be from somewhere on the down-side of life. They had a uniform grayness which only the exited younger children could overlook. To them, K. C. was still the spirit of the season.

They came forward eagerly to receive the grey popcorn balls from his ashy hands. My grandparents were not about to let any of the kids eat those dubious gifts, but they knew K. C. to be a kindly and innocent citizen and did not want, especially in this season of brotherly love, to do anything to embarrass or hurt him. Thanking him profusely, they’d rushed to take the dingy “treats” from the children, declaring that in due time they would all sit down and enjoy them together.

It is reported that K.C. would look downcast at this; he wanted to see his creations enjoyed immediately. To soothe and distract him, my grandparents would give him little gifts and food offerings of their own. As the story goes, on one of these occasions K.C. retired to the back porch to mope with a cigarette, but in the process of putting a match to it, caught his tired beard on fire. The flames flared up into his face enough to cause some painful burns and put a dramatic end to the festivities. Everyone felt very bad about it, of course, and, as small town folks are apt to do, they lavished a lot of care on him.

Hopefully, the younger kids had not been eyewitness to this spectacular end to his Santa act. K . C. survived his wounds, perhaps even the damage to his pride, and I like to think he continued to make those inedible popcorn balls and, in his costume (perhaps without the beard) to deliver them for many Christmases to come. (This section is taken from a recording of [Harriette Anderson Kaser], my Mother’s early childhood memories.) 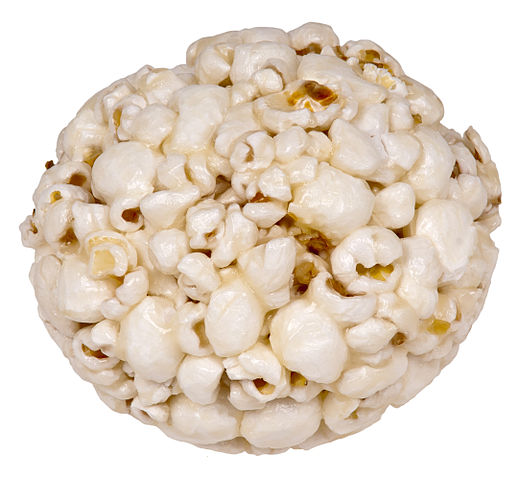 Melt a little butter in a large pan with a lot of Karo syrup. Stir in the popcorn. Let the mixture cool until you can handle it, but not until it gets too hard.

Spread butter on your hands (preferably after you have washed your hands). Scoop up a large handful of syrupy popcorn and form into a ball. Place on waxed paper to harden. Try not to lick your hands until you’re all through making popcorn balls.

If it is Christmas, you might want to roll have the balls in red sugar and half in green sugar.

(Note: the Duncan Theater photo is from Flickr, used with a Creative Commons License. There’s a story there, too. Anne-Lise Heinrichs, the photographer, says that her father worked as a projectionist at the theater when they first moved to the states while he was looking for a “proper job.” Follow the link to her name for a photo of Anne-Lise and her father, in case any Killbuck-ites are reading here and might recognize them.)

2 thoughts on “Three Popcorn Memories. a Tragedy and a Recipe”