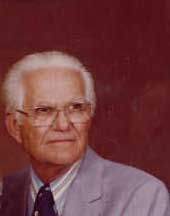 As I mentioned in my other article about my memories of Dad–he had wit and was a story teller. My brother gives us a couple of examples.

Bro, who inherited my father’s literary and imaginative gifts, sent me the first story on Father’s Day in 2003, with a note, “You probably remember that this was one of his favorite true stories.”  I think we have to allow some leeway in the definition of “true” although Paul Kaser did most definitely work and hang out at the Alderman Hardware store in Killbuck, Ohio.  He and the owner and others had a bottle of whisky in the back storeroom and they would gather around and tell stories until the cows came home. 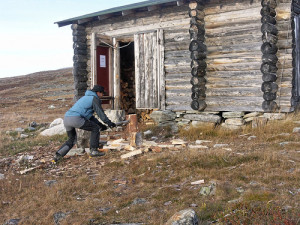 The time was somewhere between the great wars in a small Midwestern country town.  The place was somewhere between the Alleghenies and the Mississippi, where I had found a job as a clerk in a hardware store.  Our stock in trade included such items as hammers, horse collars, picks, saws, fence-stretchers, and axes.  It was the latter item which provided this story and many a laugh for the store’s owner and me.

The personae dramatis for our story lived a few miles from town and up the “holler.”  The one -room board and batten house was complete with leaning porch where the men of the family found room for relaxation and reverie.  And what men—there was not one among the father and several sons who was less than six feet tall or weighted less than two hundred pounds, all lean hard muscle and tough bone.

One of these sons of the disappearing frontier came into the hardware on a summer day and asked to see an axe.  He was promptly shown the heavier, double-bladed.

Unable to understand why this Paul Bunyan would want anything less than a man-sized axe, the clerk invited him to examine the whole stock of axes in the warehouse, and in a few minutes he returned with a small, very lightweight axe and asked the price.

“That one sells for $1.49.  What good will such a dinky tool as that do you?” the clerk could not help asking.

And Bro also sent me his own recollection of working alongside Dad.

Dad’s Gardens of Delight and Deception 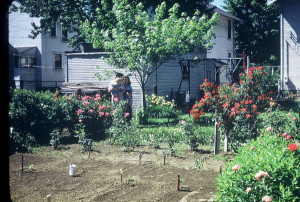 Whether we lived on a small suburban plot or on a country acre outside of town, Dad never missed a chance to build and maintain a neatly engineered and well tended garden.

I have a vivid memory of desperately picking peas when I was about five years old. If I accumulated enough, I would be taken to see the new release of Dumbo. I kept looking eastward where the sky was purpling toward dusk. Soon I began to believe it was all going to be in vain. I’d never reach my quota before dark. The bucket grew cruelly large. I’d never be able to fill it in time.

Downtown, the movie had probably already started. I began to hate the monotonous ping of the peas I flung into the pail behind me. But somehow Dad must have secretly contributed part of his pickings because when I looked again, the bucket was full to the victory line. Thinking back, I assume now that Dad had wanted to see Dumbo almost as much as I had. But then, with some of the dirt still under my fingernails and my hands still smelling of peas as I watched the wonders of Disney unfold, I was sure I had earned this all by myself. 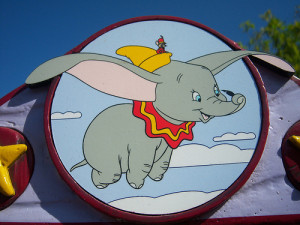 That’s why Dumbo was more memorable in its way than any of the hundreds of films I have seen since and which provided me with a second profession. [Note: Bro Kaser reviews and lectures on movies]. You never know where picking a few peas (with the help of a empathetic parent) will take you.

The Dumbo picture and the chopping wood picture come from Flickr. You can click on the photo to learn more about the photographer. Other photos are the property of Ancestors in Aprons.