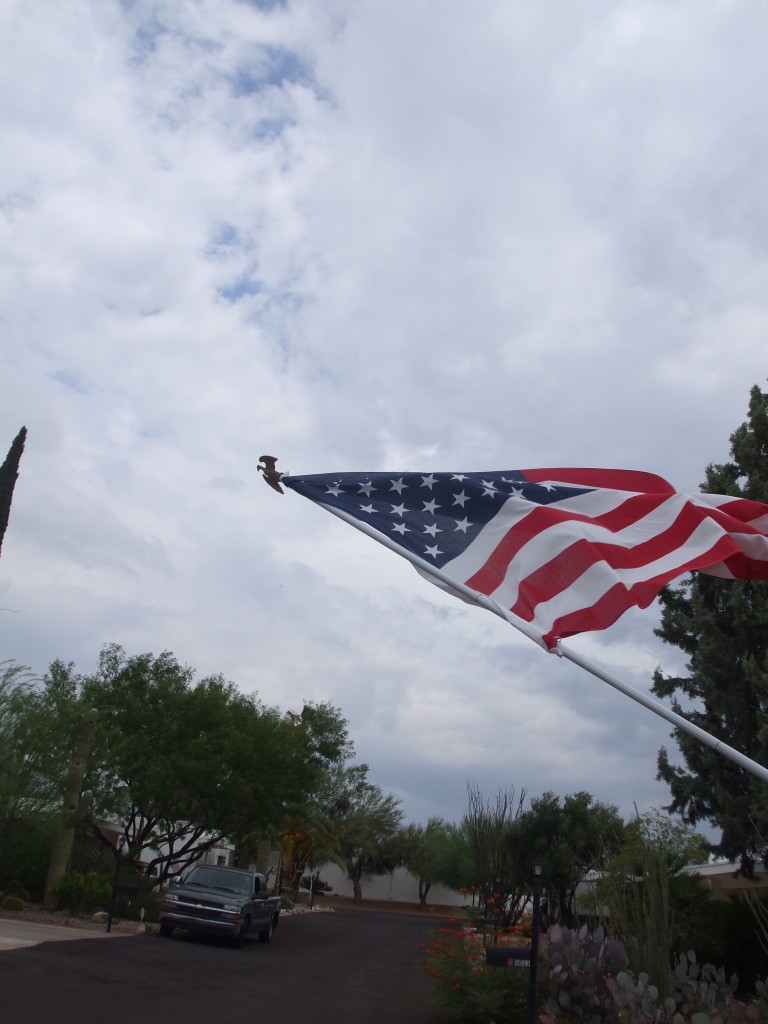 The picture above is of the flag in front of our house against a stormy sky. July 4 is the traditional start of the summer storms in southern Arizona, and hanging the flag is sometimes a dicey affair, if you want to bring it in before the rain starts. Likewise, the public fireworks displays routinely get canceled because of high fire danger.

I can’t say for sure how all my ancestors celebrated the 4th of July, but it was probably the traditional Parade, Political speeches and Picnic. I do know that I had ancestors who served in the Revolutionary Army, and signed the Declaration of Independence and the Constitution .  We’ll get around to their stories later, but imagine they were feeling like John Adams when he wrote to his wife Abigail on July 3, 1776:

Yesterday the greatest Question was decided, which ever was debated in America, and a greater perhaps, never was or will be decided among Men. A Resolution was passed without one dissenting Colony “that these united Colonies, are, and of right ought to be free and independent States,  and as such, they have, and of Right ought to have full Power to make War, conclude Peace, establish Commerce, and to do all the other Acts and Things, which other States may rightfully do.”  You will see in a few days a Declaration setting forth the Causes, which have impell’d  Us to this mighty Revolution, and the Reasons which will justify it, in the Sight of God and Man. A Plan of Confederation will be taken up in a few days.

But the Day is past. The Second Day of July 1776, will be the most memorable Epocha, in the History of America. I am apt to believe that it will be celebrated, by succeeding Generations, as the great anniversary Festival. It ought to be commemorated, as the Day of Deliverance by solemn Acts of Devotion to God Almighty. It ought to be solemnized with Pomp and Parade, with Shews, Games, Sports, Guns, Bells, Bonfires and Illuminations from one End of this Continent to the other from this Time forward forever more.

Although the new country took his advice in celebrating with pomp and parade, shows, bells, bonfires, guns (now fireworks representing guns) and illuminations–the date that became enshrined in history was not July 2, the date of the vote to declare independence, but July 4, the date of the acceptance of the written Declaration of Independence. John Adams didn’t mention speeches specifically, but they became a tradition of July 4 gatherings. You can find much information about the early celebration of Independence Day in the book written by James R. Heintze. American University, Washington, D.C

For Independence Day, 2013, here’s a look back to a parade of celebration only about 50 years ago, when our country was 180 years old.

When we lived in Scottsdale, I  belonged to the Scottsdale Junior Women’s Club (a Federated Woman’s Club) and we sponsored a children’s parade each July 4. Kids came with wagons and strollers and bicycles all decorated with red white and blue and some of us dressed in colonial costume, or as Statue of Liberty.  Here’s me with Brent one year and Brent the following year. 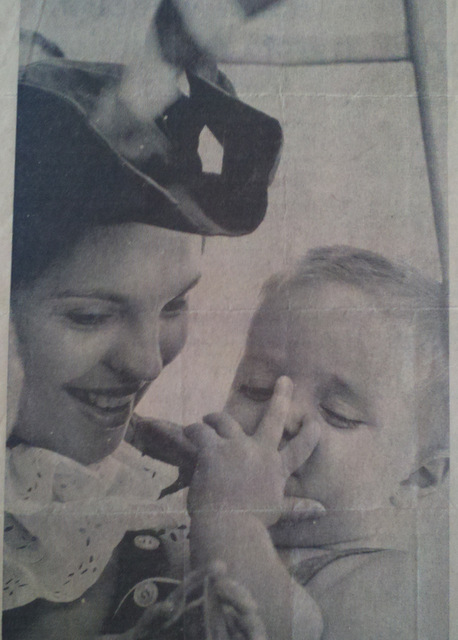 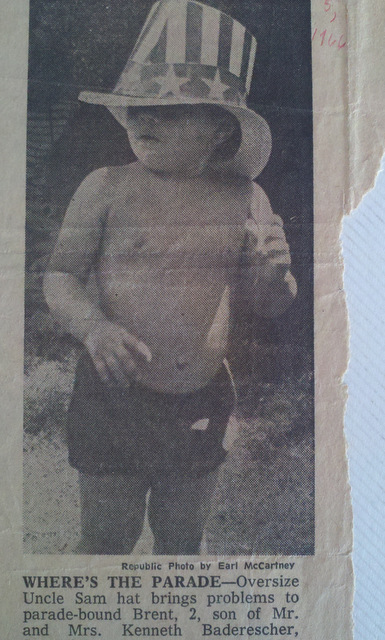 Note: I get a token percentage of anything bought from Amazon when you follow my sponsored link.