On the back of the letter below, written in pencil, my mother wrote “Bunny’s First Letter”. Although she did not date it, it is from 1944, written in thanks for my 5th birthday presents sent to our apartment near the University of Chicago from my grandparents in Killbuck, Ohio. My father was working temporarily for the Weather Bureau in downtown Chicago.

[Something new has been added–this picture of my mother and me and the caption on the back, where the printing looks the same as on the letter. This picture, I’m sure, was taken in Killbuck, Ohio, but during 1944, my mother and I returned to Killbuck because my Grandfather was ill. My birthday was in March and he died in July, 1944,] 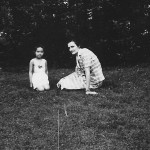 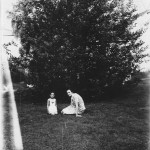 Printing by Vera Marie Kaser on the back of photo, summer 1944. 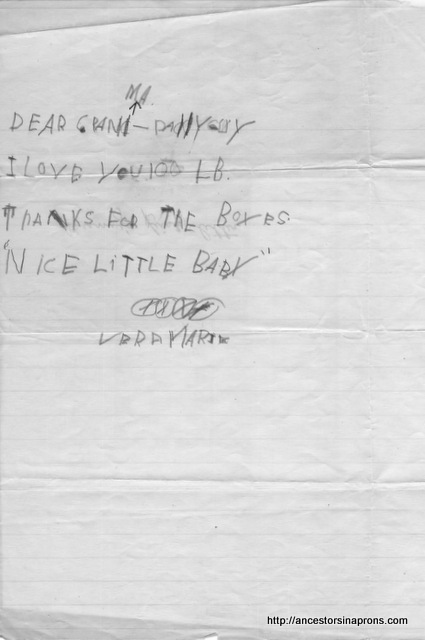 8 thoughts on “Letter to Grandma and Daddy Guy”