I told mother I was making sauteed scallops for dinner. Cooking seafood seemed alien to her.

“But don’t they just taste like rubber bands?” she said.

I was sad that she had arrived in her nineties and had never eaten a soft, sensuous sea-salty scallop–at least one that had not been overcooked.

Anything I learned about cooking seafood, I learned long after I got married. In our household, acquaintance with fish was limited to canned tiny shrimp for cocktail parties, canned salmon, and when frozen food became the rage–the go-to quick meal of busy mothers–fish sticks. 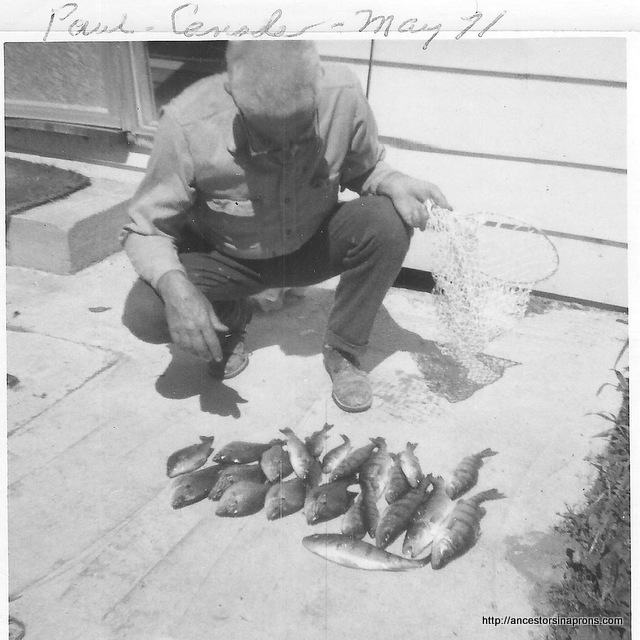 The one exception to the absence of fish as a main dish was fish caught on vacation. Those would be decapitated and gutted by my father, and then pan fried in the kitchen of the cabin where we were vacationing. Somehow that didn’t qualify in my mind as cooking seafood.

Maybe because of its scarcity around our house, I loved seafood. When mother was getting ready for a party, she had to chase me out of the kitchen, because I would eat the little cocktail shrimp straight out of the can before she had a chance to stick them with a toothpick and put them on a tray. Later when I met lobster, it was love at first sight, and my idea of ultimate luxury was to go out to dinner and have the lobster and steak meal.

Of course I blamed mother (that’s what daughters do) for not cooking seafood. I assumed that she was just timid about learning how to cook seafood. Upon reflection, I realize that seafood would have been rare in Northeastern Ohio on the tables of my grandmother or great-grandmother as well , unless the boys went fishing in the “crick.” Before refrigerated trucks and airplanes flying frozen fish from Alaska and Maine to the Midwest, the only sea creatures in the grocery store came in cans. 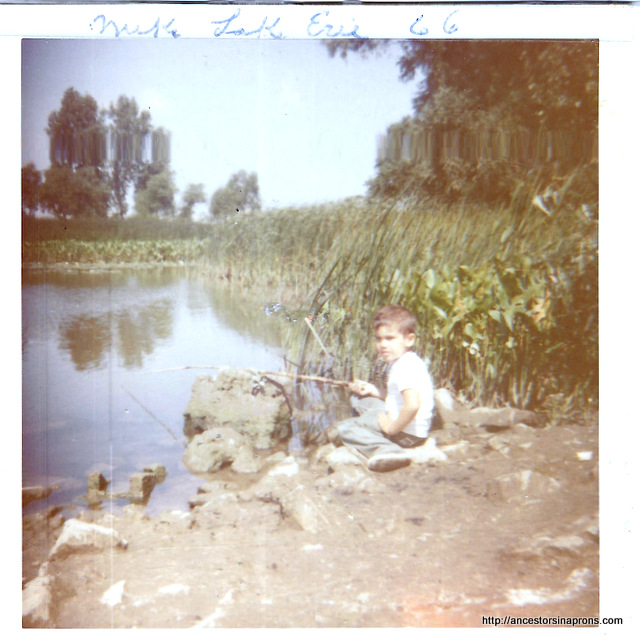 So my own adventures in cooking seafood were slow to develop. As a young bride, I leaned on the newspaper columnist Heloise for all kinds of advice about homemaking and home cooking. Remember Hints from Heloise? (Actually, the column, which started in 1959,  is not a thing of the past. Although the original Heloise died in 1977, her daughter took over the column and added a website.)

In my timid beginnings of dealing with fish, I loved this recipe for canned salmon from Heloise. I have moved on to only accepting wild-caught salmon, but still let the butcher do the messy prep work. 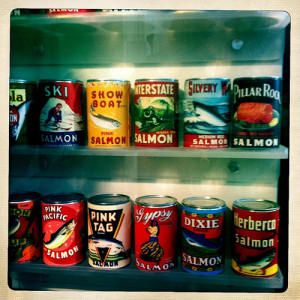 I would add a bit of parsley and some lemon pepper, but Heloise's original recipe did not call for any seasoning.

The photo of cans of salmon comes from Flickr and is used with a Creative Commons license. See more about the photographer.

10 thoughts on “Something Fishy Here–Cooking Seafood”