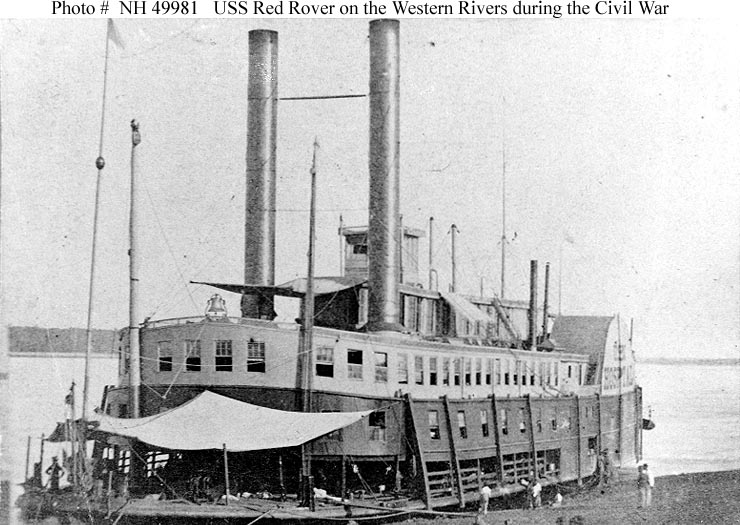 In 1862, the Union captured the ship the Red Rover from the Confederates and turned it into the first fully equipped Civil War hospital ship. While other ships had been used to transport the wounded, the Red Rover was equipped as a full-fledged medical facility. Note the window curtains, added to keep sparks from flying in to land on patients, and the canvas-covered deck in back which was not a normal part of the steamboat.

The Red Rover served the army along the Mississippi. It had room for 175 patients at one time. Given what I have been able to research, this had to have been the ship that Erasmus gained access to as he searched for Ephraim Cellars. 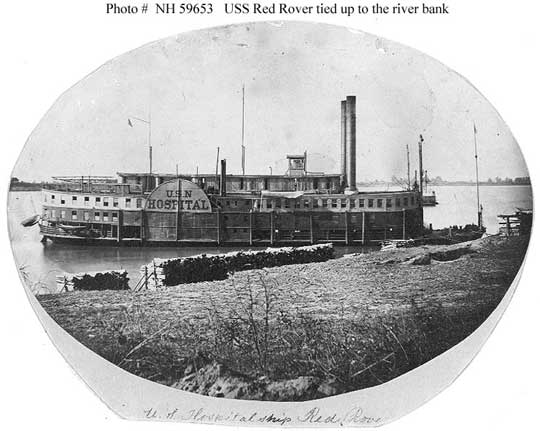 The U.S.S Red Rover in use as a hospital ship on the Mississippi. From the website Civil War Talk.

At the start of the war, the United States was ill suited to provide doctors for a major war. The United States Sanitary Commission, and the Western Sanitary Commission, modeled after an English organization used during the Crimean war, lobbied for health, provided volunteers, made bandages, delivered food to hospitals and generally insisted on the highest possible standards of health care. They also funded the Civil War hospital ship Red Rover and later ones. 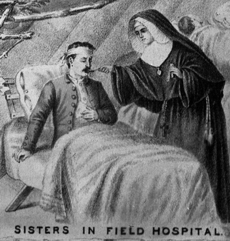 64 Sisters of the Holy Cross served in the Civil war.

The Sisters of the Holy Cross Nuns were in charge of nursing on the Red Rover, and the untrained women who volunteered as lay nurses included some escaped slaves (known as contraband).  It boggles the mind to think what the strictly Protestant men from all white northeastern Ohio thought about as they lay on a Civil War hospital ship surrounded by nuns in their unfamiliar habits and black women. It is estimated that as many as 2000 women served as nurses counting both sides of the war. 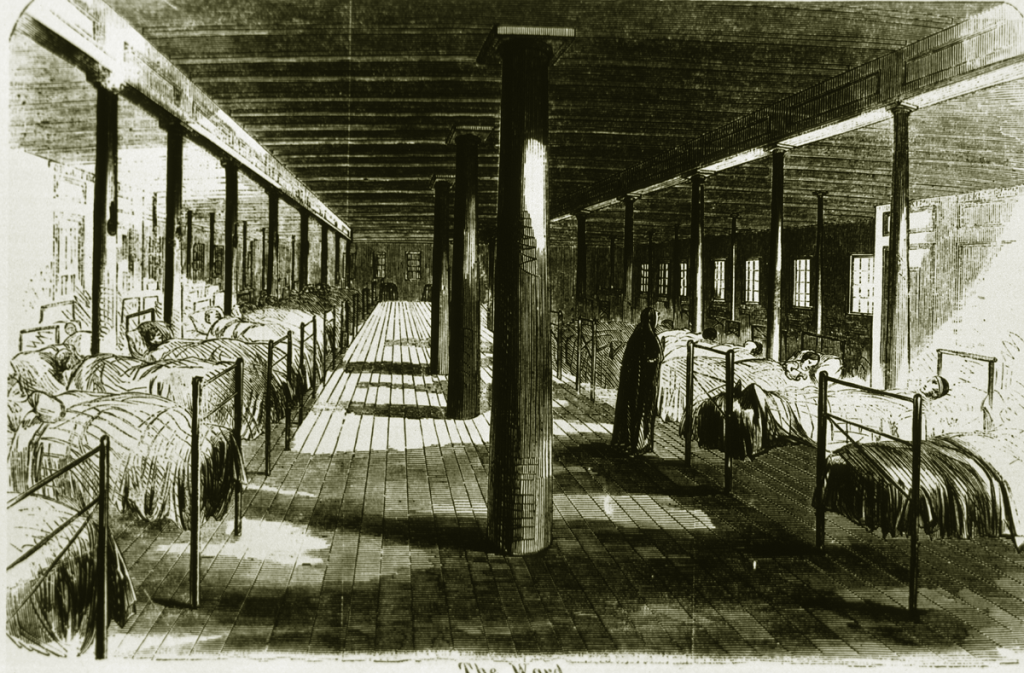 The Ward on the Red Rover hospital ship where Erasmus would have been seeking Ephraim Cellars. From Harper’s Weekly, May 9, 1863, as reproduced on NIH National Library of Medical History website.