In the most poignant passage, he tells us that his love of the sweet potatoes is so great that he is already planning to eat them on his return home. Sweet potatoes give him hope. 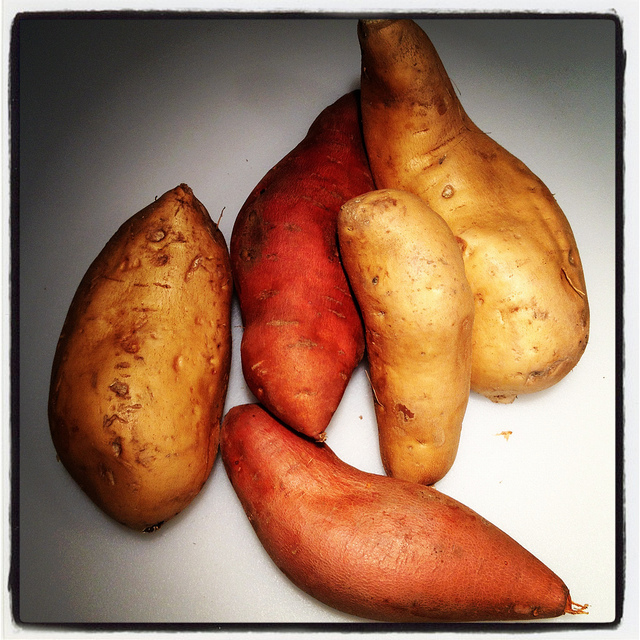 …sweet potatoes which we think cheap at $1.00 a bushel. They are so big and good. I want you to save some seed if you can and if I don’t get home in time you can put them to sprout for I want to have some if I am at home next fall.

I was faced with a bit of dilemma in wanting to share sweet potatoes with you, because I’m pretty sure that Erasmus and his friends in the Union army would just poke the sweet potatoes into the ashes and let them roast. Not much need for a recipe there. I have been known to wrap sweet potatoes in aluminum foil and cook them on the grill, or slice them and toss them with olive oil and grill them along with a few other vegetables, but that is not unusual either.

If we were talking about the Southern army (the sesesh, as Erasmus would call them) I might wax enthusiastic about sweet potato pie. One thing I would never do is inflict upon you a sweet potato casserole recipe that involves marshmallows. Ewwww!

So I decided to go with mashed sweet potatoes.  It is possible that the soldiers might tire of just eating them plain from the fire, and mash them with a bit of butter and even milk, if a cow happened to be somewhere in the neighborhood.  I did allow myself a bit of meander from the ingredients that Erasmus would have on hand. But if you haven’t tried it, trust me, it is a delicious route to take. 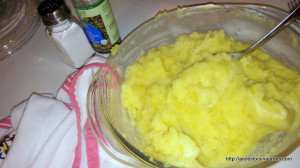 Sweet potatoes mashed and mixed with Coconut milk for a different vibe.

I used the pale sweet potatoes, but this work work for orange yams as well.

I used coconut milk from the dairy case, because I happened to have some, but canned would work. Whatever is handy.

And of course if someone you are cooking for hates coconut, you can use regular milk--but then it is a different dish entirely.

2 thoughts on “Ode to Sweet Potatoes”