The story about “Aunt Mattie” (Martha Stout Hays) sounds like a familiar story that we read about so many women’s lives. She was born, she married, she moved residences a couple of times, she had a child, her husband died, she died. Most of her story is hidden between the lines and includes a close relationship with her only daughter, May.

I do know that the generations changed life for mothers and daughters. Consider this.

In fact, Emmeline’s eight adult children had only 13 children among them.

Mattie, The Pretty One

When it comes to Mattie’s story, I am not even positive that I have a picture of Martha Stout Hays. I do have one fading photo. My mother wrote on the back of this picture, “Aunt Mattie Stout”. But then in her later years, Mother told me that she was not sure if it was Mattie or her sister “Sade” (Sarah). However, mother also said that Mattie “was the pretty one” and this is definitely the prettiest sister. 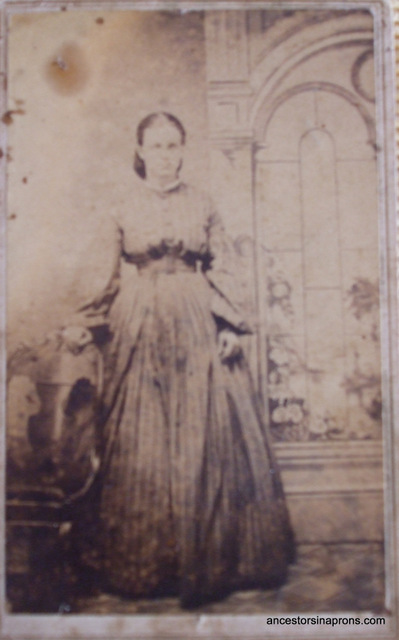 Studio photograph of one of the Stout sisters–Mattie (Martha) or Sade (Sarah). Circa 1870

Named for her maternal grandmother, Martha Henderson Cochran, Mattie was the fourth living child of Emeline and Isaiah Stout when she was born in September 1852. She had two older brothers, William and George and an older sister, Mary. (Thomas, Lib, Sade, and Frank would come along later).

In 1871, when she was nineteen, Mattie married William B. Hays (born April 1850) and, like her, raised on a farm in Oxford Township of Guernsey County, Ohio. I do not know what month in 1871 they were married, but I do know that the following January, Mattie and Will had a daughter, Lillie May (called May).* 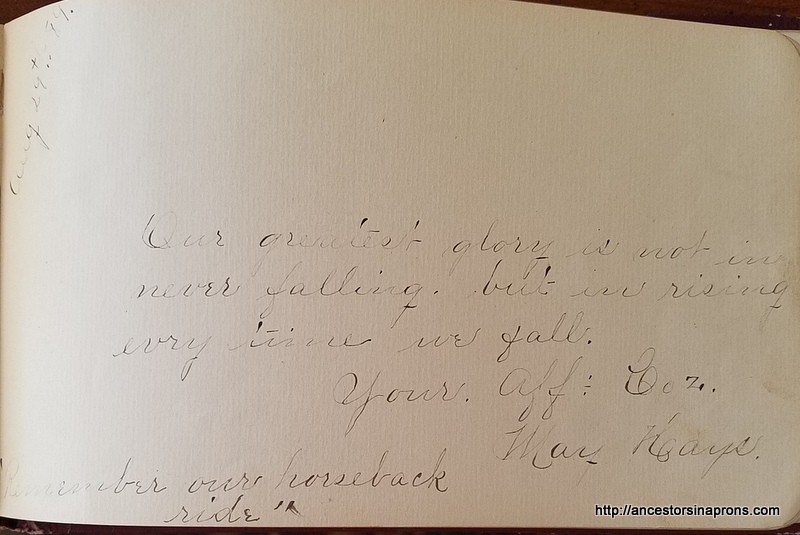 Cousin May Stout Hays signed her cousin Maude Stout’s autograph book in 1884 when May was 12.

People who care about the proper labels debate the difference between Genealogy and Family History. What I do here at Ancestors in Aprons leans heavily to family history (stories passed down or found in letters, diaries and memoirs), with a reliance on genealogy (verifiable facts) to verify and tease out more detail.

With some of the people in my family tree, I am limited to the Genealogy half of the equation, because I have not found any family stories, documents or newspapers to mine. That is the case with “Aunt Mattie.” Her daughter May (Lizzie May Hays McFarland) is also mostly blank, although the official records paint a more unusual life than Mattie’s.

May Stout McFarland, the daughter

In 1880, Mattie’s husband Will was listed as a stock dealer (animals, not financial shares) and by 1900 they had moved to Jefferson Township in Muskinghum County, Ohio. (That, you may notice, leaves twenty years largely unaccounted for!) 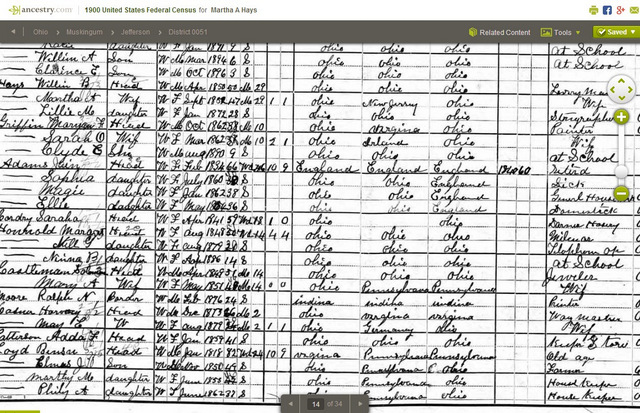 1900 Census Will and Martha Hays

I’m not sure of Will’s occupation because I can’t read the census taker’s handwriting, but think it looks like “livery man”. What do you think?

You can see that Lillie May is still living at home, and working as a stenographer at age 28. She must have been a very modern young lady to have an office job in 1900, and to remain unmarried. The name of the town is obliterated in the bottom right hand corner of this photo, but Marsh Avenue is the address of the female (!) photographer, Alma Bittus. 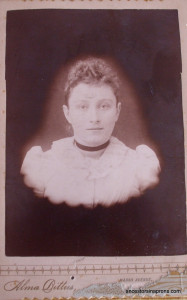 May and Mattie Move Apart

In 1905, Mattie’s mother Emmeline Stout died. In 1908, Will and Mattie’s daughter May was at long last married.  Thirty-six was a very ripe age for a bride in those days. Mattie may have greeted the marriage of May with mixed feelings, since her daughter had lived at home for so long. On top of that, the 1910 census shows that daughter May and her new husband, William McFarland, moved to Hutchinson Kansas. William worked at a grocery store in the booming town. 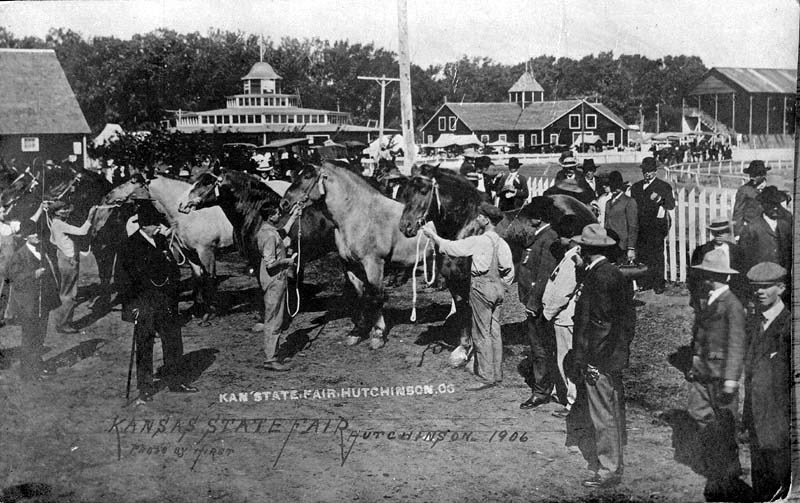 According to a history of Kansas, published in 1912, the population of Hutchinson had nearly doubled between 1900 and 1910, to 16,364 residents. (Compared to Cambridge Ohio’s 8,241). However by 1920, May and Will had apparently decided that Hutchinson was not for them. According to that year’s census, they had moved back to Guernsey County and Will was working in a steel mill.

Meanwhile, May’s parents Will and Mattie had also returned to the home county–Guernsey County– and Will was farming.

May and Mattie Move Together

Some time in the 1920’s both Mattie’s and May’s husbands died, and we find mother and daughter in 1930 living together once again. This time they live in May’s home in Cambridge, Ohio. Since I did not have specific information about Mattie’s death, I believed that she died between 1930 and 1935, because census reports show her daughter May living with another family (her relationship is not specified and I assume she is renting a room.)

[UPDATE: Even though May was living with someone else in 1930 and 1935, the Columbus City Directory shows both May and Mattie living at 2501 Purdue Avenue, Columbus Ohio in 1941.  So I revised the estimate of Mattie’s death to after 1941. As it turns out, I should have remembered that frequently the information in a city directory is nearly a year old. The death certificate I found in 2021 shows that Mattie died in May, 1941.]

So there you have it.  Mattie and May peek out briefly every ten years in a census report, or in the official documents regarding other people. I am left to speculate on the details.

*Although my grandmother identified her as May ‘Hayes’ on the back of her photograph, the census reports consistently call her Lillie M.  The obituary notice for Emeline Stout refers to her as Mae Hayes. Again, using the autograph book which she herself signed, the name she used was May Hays.

1 thought on “Martha Stout Hays: Mattie and May”