Some ancestors yield complex and fascinating stories.  Some seem to be just a footnote in the family tree.  Such is the fate of my 5x great grandfather, Israel How. Unlike the other Israel I wrote about last week–Israel Stone, this Israel did not have an exciting life.

[NOTE: If the latest news I uncovered is correct, I owe Israel How an apology.  His life was anything but dull. According to As Ancient is This Hostelry: The Story of the Wayside Inn, Israel How was killed by Indians in a raid on Rutland, Massachusetts.  I am trying to verify that this was the cause of his death, and that the father of four children and his wife pregnant with their fifth, was indeed an Indian fighter. Stay Tuned.]

Israel was right in the middle of the seven children of David and Hepzibah (Death) How. He grew up in Sudbury, used to having strangers around, since his father David How ran a tavern/inn on a 300 acre piece of land along the busy post road to Boston. (Going west from Boston, Sudbury is the sixth stop along the northernmost Boston Post Road.) 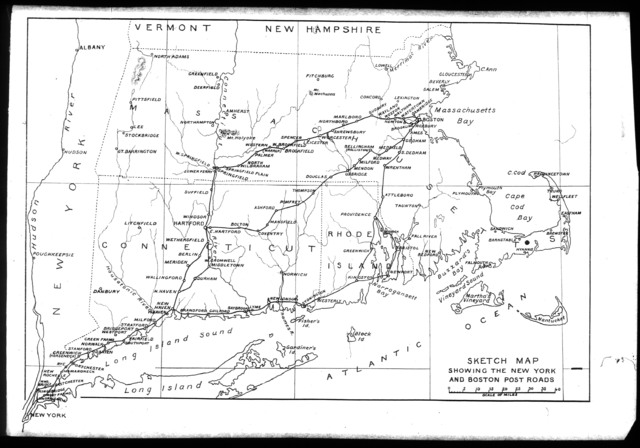 Young Israel would have seen stagecoaches stopping every day and people of the community would have gathered at How’s Tavern to pick up packages and town gossip.

You may have noticed in the birth and death dates above that Israel had a very short life. He did not marry Elizabeth Hubbard until 1740 when he was twenty-eight years old, and he died in 1748.

The Footnotes he contributes to my family tree:

*Son of David How, proprietor of the Wayside Inn (then How’s Tavern) and builder of the first grain mill in Sudbury.

**Brother of Ezekial How who managed the Inn (As the Red Horse Tavern) from 1744.

***Father of Elizabeth Howe (Stone) who my have been born at the Wayside Inn.

****One of the pioneers of Sudbury who moved to the new town of Rutland, MA.

Since all of their children were born in Rutland, he either moved to Rutland as a young man, or immediately after he was married. The latter is probable, since Elizabeth Hubbard was born in Marlborough, next door to Sudbury.

Courts approved the purchase of the land comprising Rutland in 1714, subject to the three men who were given deeds finding 62 families to settle there in the next few years.  Captain Samuel Stone (another of my ancestors) was one of the thee. He came from Sudbury originally, and drew many settlers from there, including Israel and his brother Eliphalet Howe and cousin Eliphalet Stone.

See the distance from Sudbury to Rutland on this Google Map.

He barely had any time to distinguish himself in his 36 years, however during his eight years of marriage, he fathered five children.

1744: When my 4x great grandmother Elizabeth Howe was born she was named for her mother.

In the same year that Elizabeth was born, little Israel Howe died.

1748: Rebekah Howe, her maternal grandmother, and was born.

Three days after Rebekah was born, Israel died on June 23, 1748.  At this point, I do not have a clue as to how he died. Sudden illness? A farm accident?  Further exploration may turn up his death certificate, or I may learn more when I visit the Wayside Inn in Sudbury Massachusetts.

But for now, lacking a story, Israel remains only a footnote in family history.

Scant mention of Israel How is made in the discussions of the Howes in the various sources I am using to trace this family, so I have depended on the bare facts of birth and death records recorded in Sudbury and Rutland Massachusetts which I find at Ancestry.com.

Information and map of Boston Post Road comes from Wikipedia. Click on the map to see the original image, which is in the public domain. Wikipedia’s article includes locations of existing milestones, and the way that modern highways follow the Post Road.