Spice cake has been a favorite in America (and in Europe and the Caribbean) for as long as people have had access to the exotic spices of the East. 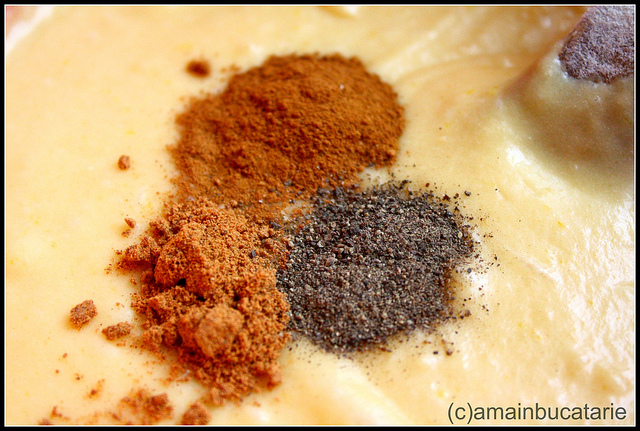 Today, I will be arriving in Sudbury, Massachusetts and looking forward to a family reunion. This week my sister, brother and I will join two cousins at the Wayside Inn. The cousins, Herbert Anderson and JoAnn Anderson Yoder are two members of the family of five children raised by my Uncle Herbert Anderson and his wife Pauline McDowell Anderson.

In this picture, Jimmy, who was my age was not in our group. Sadly, Jim is no longer with us.  Romona and Larry Anderson are unable to join our mini-reunion because of health issues. But here we are all when we were young and gathered at our Grandma and Grandpa’s house. (Apologies, Herb–someone labeled this picture back when you were called “Sonny” and I was called “Bunny” by the family.) 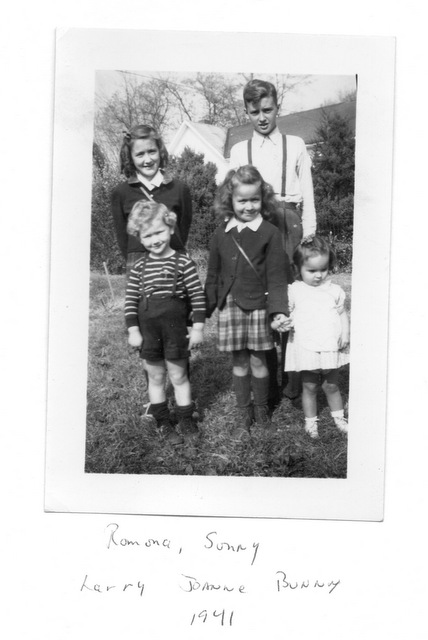 Herb and Pauline lived on a farm on a hill outside Killbuck, Ohio, and I have to admit that Herbert (Sr.), although I loved him dearly, was not the best provider, plus he went off to fight in World War II after all those children came along, so Pauline must have sometimes had a tough time feeding that nest of hungry offspring.

As we toast to family at the Old Bar at the Wayside Inn, I want to remember their mother, Pauline, with this spice cake recipe, given to me by JoAnn.  Here’s another toast, when we had another mini reunion back in 2006. All grown up Herb and Jo Ann.  (She looks so much like Grandma Vera with that beautiful snow white hair.) 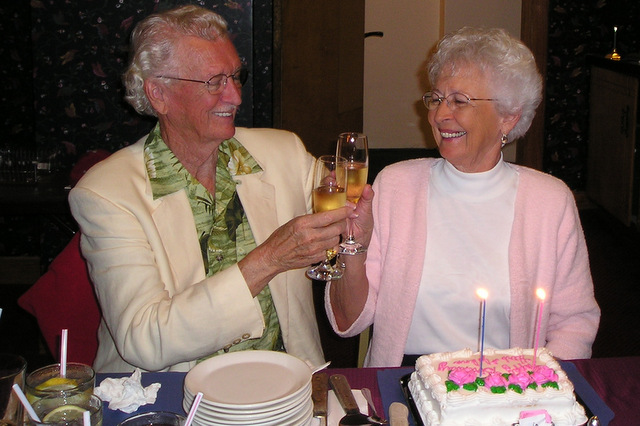 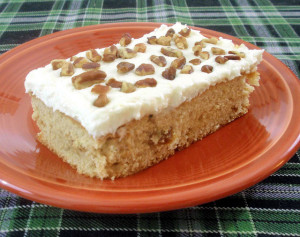 I have passed this recipe on as Jo Ann gave it to me, and as she got it from her mother. That means assumed details are missing. You can use either two 8" round or 9" round cake pans, or similar sized square ones. A sheet cake baked in a 9 x 13 pyrex cake pan works great. You could, by reducing the cooking time, make the cake in cupcake tins, also.

"Cook until well done" means when a cake tester or toothpick plunged into the center comes out with no moist crumbs attached.

We don't have a suggestion for frosting here, but a plain cream cheese frosting (as shown, topped with walnuts) or a glaze of lemon juice, confectioner's sugar and water is delicious to complement the spices. Or it would be delicious served warm with a caramel sauce or whipped cream.

Since I'm on the road as this goes to press, I have borrowed a photograph.

I made one small change, reducing the amount of cloves. The original called for one teaspoon of cloves, which is too strong for me, but feel free to adjust spices to your family's taste.