The fact that he is not a William is not the only thing that makes Joseph stand out in his family.

For instance, Joseph Bassett, it is said, married his step sister.  Although one source says there is no evidence to prove that, I find the circumstantial evidence presented by several sources to be quite compelling. And although it seems a little creepy to marry someone you grew up with, they were not related by blood, making the marriage legitimate.

Joseph was born to parents William and Elizabeth (unknown maiden name) Bassett in 1635, who were early immigrants to New England from England. When Joseph was about 12 or 13, his mother, Elizabeth, died, and his father had seven children to care for.

Pilgrim William Bassett’s second wife, Mary Tilden Lapham was a widow, and brought to the marriage several children of her own, among them, her namesake Mary Lapham, who had been baptized on May 20, 1641 according to several records.

When William Bassett married the widow Lapham, little Mary would have been ten years old and Joseph, William’s youngest son, would have been about 16. It is possible that Joseph could have been sent to live and work in other households, which was not unusual at the time, but I have no evidence of that. So, Joseph and Mary and nine or ten other children, plus may have lived as one family for several years. 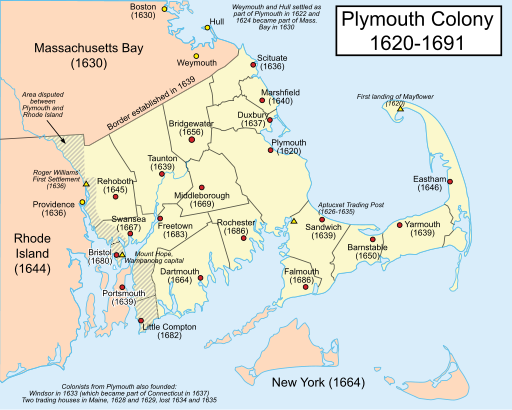 When Joseph was twenty years old, the family moved from Duxbury to Bridgewater, and he stayed in that community for the rest of his life. (For more information about Bridgewater, see the article on Joseph’s son, William.) Since he was of age, he was allotted land beside his father.  Three years later, in 1658, Joseph married Mary Lapham, who was then 17. And thus it happens that Joseph Bassett is my 8th great-grandfather and Mary my 8th great grandmother.

[Note: I am still verifying information about their children, so except for their son William, take this list with a grain of salt] 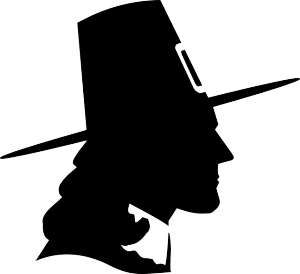 Marrying a step-sister seems to be the closest to a rebellious thing that Joseph did in his life–which makes him stand out among his brothers and sisters. While they were living it up in staid old Puritan New England, Joseph seems to have been a solid citizen.

While his family was growing, Joseph’s responsibilities in the community were also growing.  His father died in 1667, leaving his blacksmith tools to Joseph, and although evidence of Joseph doing various jobs, I have not seen anything to indicate he took up his father William’s position as gun smith and blacksmith for the community. However, the fact that Joseph got the precious tools of the trade surely indicates that his father approved of and favored him.

In addition to his original share of land, his father had given him land informally and that grant was confirmed by his older brother, William.

In 1668, “Joseph Bassett and his companies”  were engaged to lay and make the foundation for a ware at Sautuccut (Sautucket River) to catch the Alewifes [herring].”  He served the community as Constable in 1669 and as Surveyor of Highways in 1670.  His “company” was engaged to “lay out” the Cedar Swamp.

Poor Mary Lapham Bassett died at age 35. Since her year of death is given as 1676, it is likely that she died in childbirth with her last child.

The following year, Joseph, with several children to care for, and apparently much business to tend to, married his second wife, Martha Hobart, who was then thirty years old.  Some records indicate that Martha and Joseph had a son named Jeremiah, born in 1678.  A generally reliable history of the Mayflower descendents,  states that after Joseph’s death, Martha moved to live with her sons (plural), so there may have been more than one child, or she might have been married prior to marrying Joseph.

Joseph died in 1712, making him 77, if birth and death records are correct. His accomplishments may not seem earthshaking, but given the randy family he came from, he did well not to show up in the church records with reprimands as some of his siblings did. (To be continued…..)

Much of the information about Joseph Bassett–other than his direct dealings with the town and land deals– is not well documented.  I  limit myself here to some of the more interesting stories about his life, and continue to try to learn whether they are sheer speculation or actual history.