I started this series on my Pilgrim Bassett ancestors to lead up to Thanksgiving.

But the “first comer”, William Bassett, my 9th Great Grandfather, totally missed the event we call the first Thanksgiving. 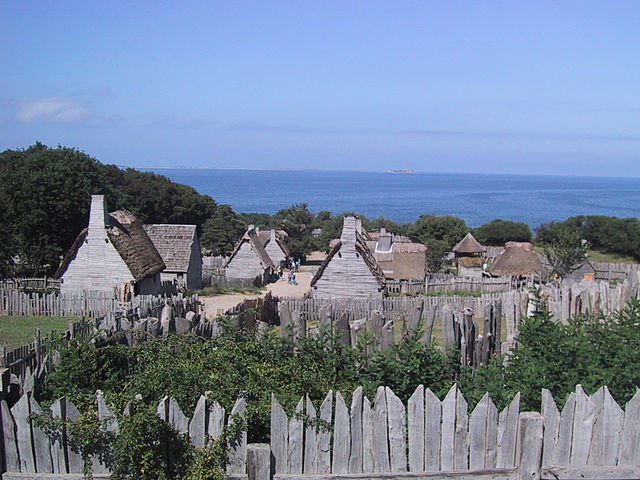 We have piles of information about William Bassett, and the offices he held in the communities of Plymouth, Duxbury and Bridgewater, because the Pilgrims, being partly a religious colony and partly a business arrangement, kept meticulous records. Today I will concentrate on his arrival in America.

We know with certainty that William arrived on the Fortune on November 9, 1621, and with probability that he was twenty years old, having been born in Middlesex, England in Stepney Green. The Fortune was an even smaller ship than the Mayflower.

Whatever the party was called, it was not his fault that he was late, because he had originally set sail on the companion ship to the Mayflower, the Speedwell , which turned back to England because of structural problems.  It took a year for the financiers of the expedition to decide to send more settlers.

When they did outfit the Fortune, thirty-five people were aboard, picked for their likelihood of survival and their fitness for hard labor.  William was a blacksmith, a skill that probably was much needed in the new colony. He must also have had a strong sense of adventure to hang around for a year waiting for this ship and then to set sail under difficult circumstances.

He may already have been married  to his first wife Elizabeth (whose maiden name we do not know) when he arrived. If so, their honeymoon was a bummer. The information is murky.  Did Elizabeth and William marry in Holland? Did they perhaps marry in England after his first ship was turned back there in 1620? Did Elizabeth travel on the ship as a single woman? If so, did they marry in the colony?

In Of Plymouth Plantation, William Bradford writes about the arrival of the Fortune.  The original settlers from the Mayflower had been reduced almost in half by illness and injury to 53 from 102 , so they were eager to have reinforcements–both people and supplies. Other ships had brought messages and some goods from time to time, but this was the first to arrive with more people to join their tiny band. Unfortunately, the supplies did not show up–just more mouths to feed.

In November, about that time twelvemonth that themselves came (Note: Bradford means the original Pilgrims, himself included) there came a small ship to them unexpected or looked for in which came Mr. Cushman and with him, 35 persons to remain and live in the plantation; which did not a little rejoice them. And they, when they came ashore and found all well and saw plenty of victuals in every house, wer no less glad, for most of them were lusty young men, and many of them wild enough, who little considered whither or about what they went till they came into harbor at Cape Cod and there saw nothing but a naked and barren place…

Perhaps, given his history in the Plymouth colony, William was not quite as “lusty” and “wild” as Bradford is labeling these newcomers.  But they must have been a sad sight–dressed in rags, and unlike the Mayflower Pilgrims, not carrying supplies of food, seeds, blankets, clothing and utensils. 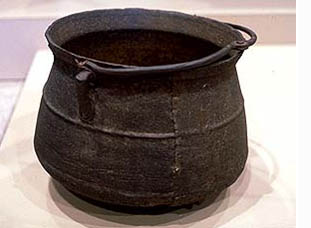 So they all landed; but there was not so much as a biscuitcake or any other victuals for them, neither had they any bedding but some sorry things they had in their cabins; nor pot, or pan to dress any meat in; nor overmany clothes. But there was sent over some Birching Lane suits*

*Birching Lane was a street in London where cheap, ready-made clothes were sold.

You can almost hear William Bradford sigh, as he looks at this irresponsible, ragged bunch. Note to my relatives–Bradford says the new guys were lower class, which is what I have always suspected of William Bassett.

The plantation was glad for this addition of strength but they could have wished that many of them had been of better class, and all of them better furnished with provisions. But that could not now be helped.

Perhaps Edward Winslow was thinking of the passengers on the Fortune, when he later wrote back to his fellow Leiden Pilgrims with a packing list for the trip.

In the long run, his contributions to Plymouth Colony and his hard work meant much more than missing one little celebration in his youth. Thanks, William. We’re glad you’re an ancestor.

You also should know that I am an Amazon affililiate. If you purchase anything by using my links to Amazon (like the link to the book cover above) I earn a few cents. Thanks for doing your shopping Amazon through my links.