THE CHALLENGE: FIND THEM 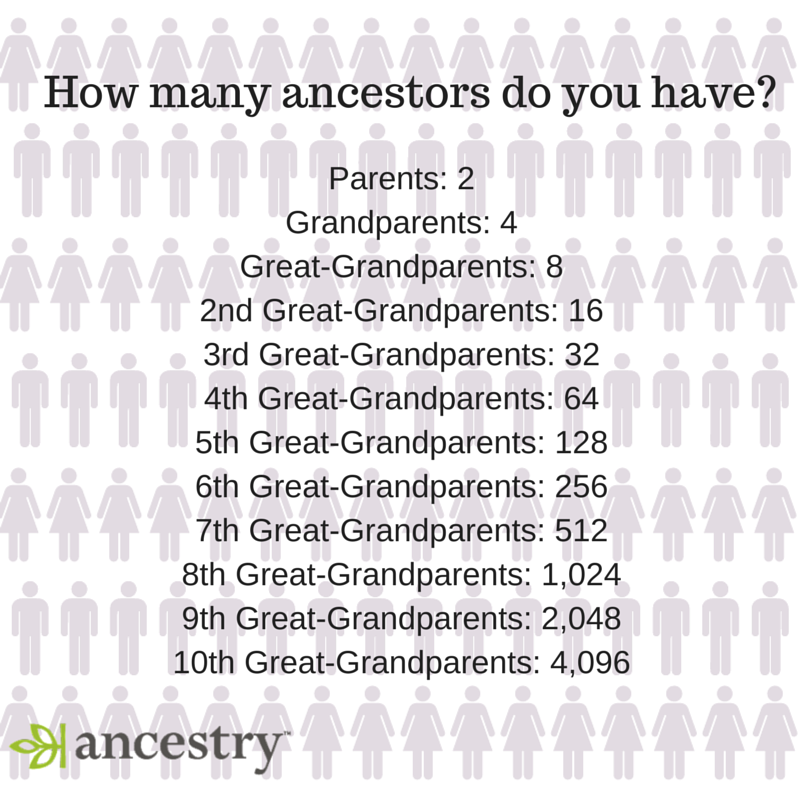 Ancestry.com provides this chart. In reality each of us would have fewer because of intermarriage, but so far I have only identified 133 of a possible 8191 direct line grandparents. Although with cousins and aunts and uncles I have identified 829 ancestors. Need to get to work in the new year!

4 thoughts on “The Challenge: Find Them”