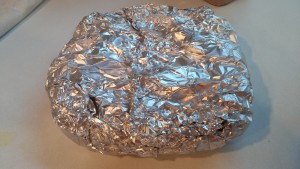 When life hands you too many pears–make frozen pear pie filling.

Although this is not exactly a recipe from my ancestors (who did not have freezers!), I like to think I’ve adapted the recipe using some of the principles of my ancestors who wore aprons. 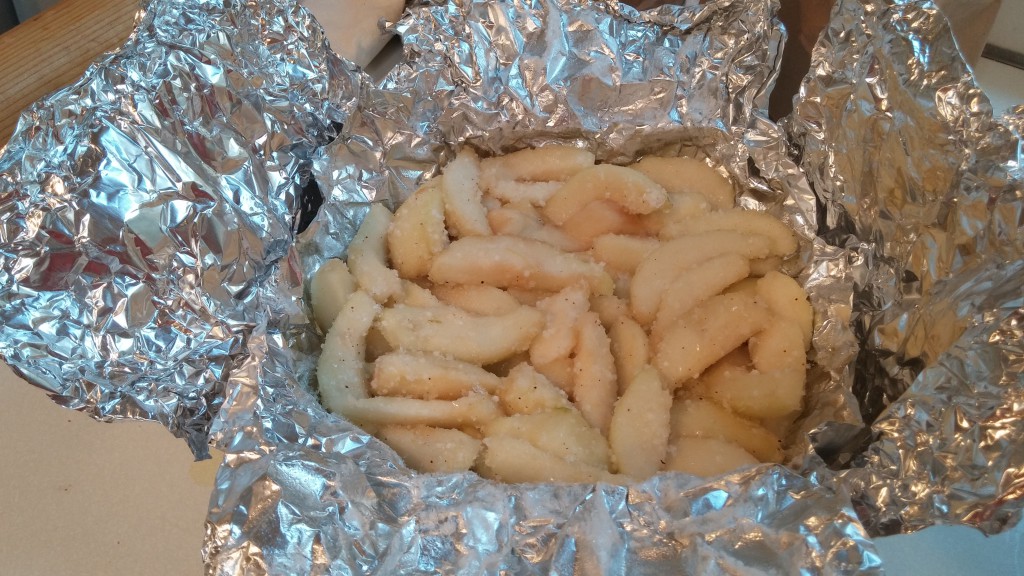 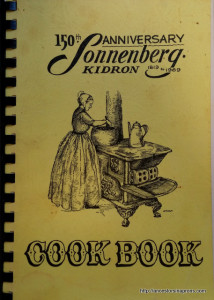 I adapted the frozen pear pie filling idea from the spiral-bound, vintage community cookbook, 150th Anniversary Sonnenberg Kidron 1819-1969 Cookbook, which was a gift from my mother-in-law. That cookbook (and that church) comes directly from my husband’s Mennonite ancestor heritage.

And feel free to go wild. When I baked the pie following the recipe below, I added dried cherries and chopped walnuts.

The next time I pulled a frozen packet out of the refrigerator, I popped in in a pie shell and topped it with a streusel topping instead of a top crust. (1/2 C brown sugar, 1/2 C butter and 1 C flour, mixed with fingers for a crumbly topping.) For that version, I had to cover lightly with foil during the last half of the baking so the streusel would not get too brown.

Here’s the basic recipe, which is very flexible. 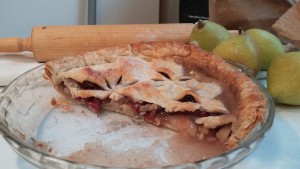 Yes, this is an enormous recipe.  If you don't have that many pears, it is easy to cut in half for fourths.

The recipe for pear pie can be used for berry pies or rhubarb or apple pie, adjusting the amount of sugar and the thickening according to how sweet or juicy the fruit is.