Hattie Finally Gets To Vote 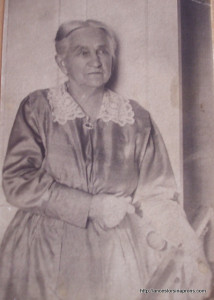 95 years ago–on August 26, 1920,American women got the right to vote in federal elections. My great-grandmother, Hattie Morgan Stout had told my mother for years that she just wanted to live long enough to be able to vote.She had to wait until she was 78 years old.

I’m betting her ballot in her first Presidential election was cast for Ohioan Warren G. Harding. And I’m just as sure that before she died in 1928, she regretted that vote, because Harding did not have the high moral standards that Hattie did. This picture was taken two months after she voted the first time.