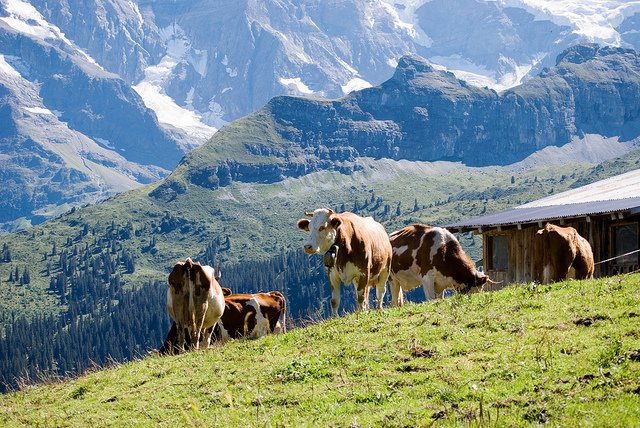 Writing about those Swiss dairy farmers has definitely made me think about Swiss cheese, in this case, the distinctive Emmenthaler.  I found this web site that claims to be sharing the Top 10 Swiss Foods.  Not all are from Bern, where Ken’s ancestors hail from, but many are.

Naturally,when Ken’s Swiss ancestors donned their aprons, they cooked what they grew and what they made from products they grew. That meant dairy products, goat’s milk and pork and sausage from the farmer’s pigs.

Some of the dishes shared in the article don’t need a recipe, like Berneplatte–a plate of meat (mostly sausage or ham), cheese, and maybe some sauerkraut. It’s the German Swiss version of the antipasto platter in Italy.

And then there is the old standard Fondue–which is much more fun with a party than just for two people, so I’m not going to re-test any of my old Fondue recipes.

I remember Raclette fondly.  A hunk of cheese is heated in front of the fire and scraped onto the plate as it melts, to be scooped up with bread. 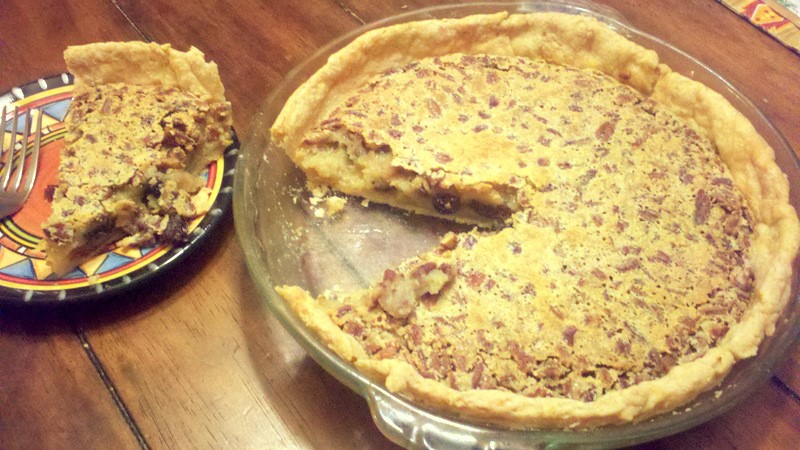 A piece of Raisin-Nut pie

Some of my favorite Swiss recipes have nothing to do with cheese–although milk is important like the Raisin Nut Pie of Ken’s Grandmother Ida Badertscher.

I also enjoyed Muesli in Switzerland, but was surprised to learn it was only developed in 1900, so Ken’s ancestors would have left before it became a standard breakfast.

But the dish that caught my eye combines potatoes and macaroni, cream and cheese, and is topped–would you believe?– with applesauce. Try Älplermagronin with your Emmenthaler. 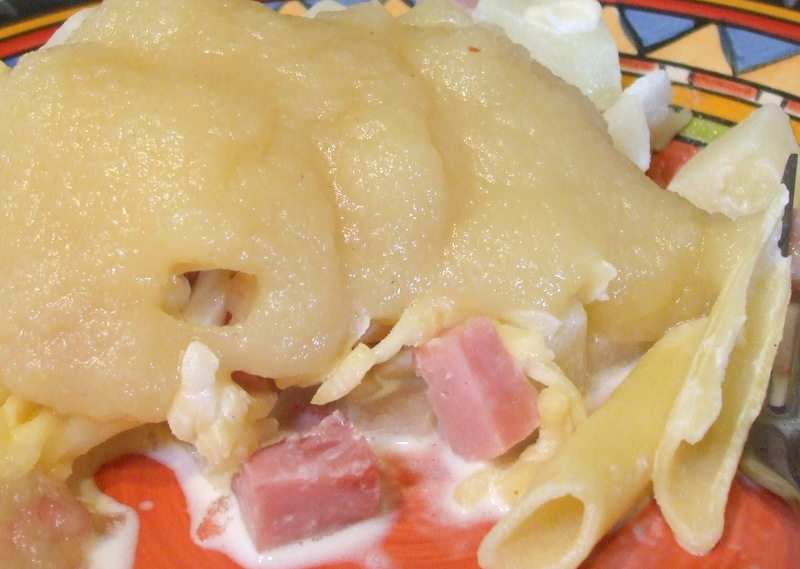 Up until you add the potatoes and top with applesauce, it sounds like a standard mac and cheese. Easy to make, filling meal for farm hands (and growing children) and inexpensive, particularly if you were making your own Emmenthaler cheese, rather than buying the expensive imported stuff we have to rely on in the U.S. Of course you can use some other Swiss cheese other than Emmenthaler, but it definitely is the tastiest.  And substitute bacon for ham for another switch in taste. 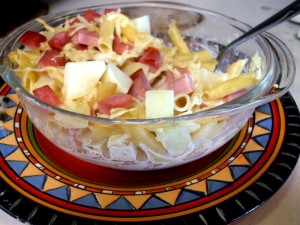 I can't eat onions, so I left them out, but I think the dish would have been much tastier with onions.

Some recipes call for merely heating the cheese in the pan with the cream after cooking the macaroni and potatoes. I liked the slight crust you get from baking briefly.

I also saw a recipe that added 1/2 cup wine.