Why is it that we automatically pair certain foods?  Turkey and cranberry sauce, steak and potatoes, hot dogs and beans, hamburgers and french fries, baked beans and Boston brown bread.

My mother always cooked certain foods together. For instance, a favorite Saturday night meal was tomato soup (out of the can, made with milk) and toasted cheese sandwiches. And when she made her “doctored” baked beans, we could expect to have Boston Brown Bread out of a can–moist and rich, with the can ridges showing on its round form.  Just the thought of a nice slice of that Boston brown bread, preferably warmed,  slathered with butter or cream cheese, still makes my mouth water. Absolutely perfect with that pineapple cream cheese spread I mentioned last week.

Canned Boston Brown Bread, like some other favorites of days gone by, seems to have become scarce and more expensive over the years. (Have you priced mincemeat in a jar recently? Sticker shock for sure!)

So it finally occurred to me that Boston Brown Bread wasn’t invented by a company that put it in a can. DUH!  I may be a little slow to think of these things, but once I realized that my New England ancestor grandmothers and great-great-great aunts must have made Boston Brown Bread to go with baked beans like Molasses baked beans, I started looking for a recipe. 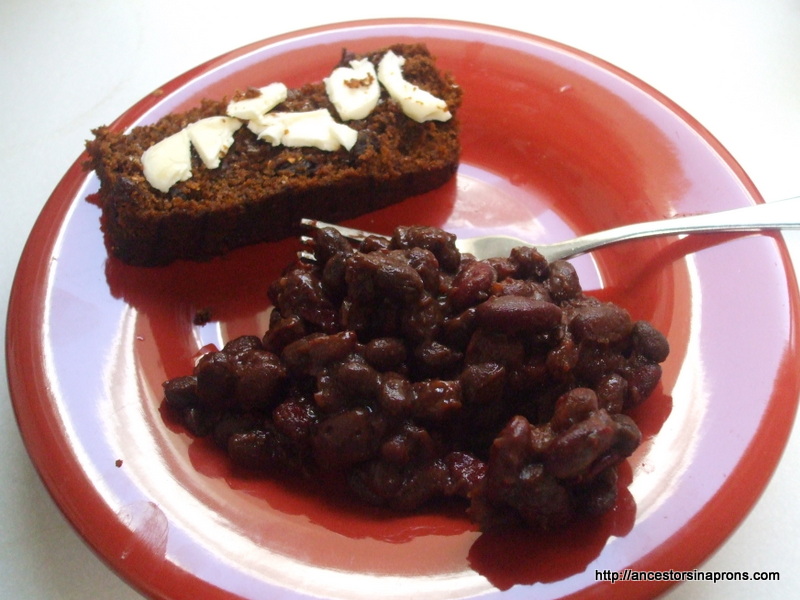 The articles and recipes I found were pretty intimidating. They called for the traditional one-pound coffee can to use as a mold, and set in a deep kettle on the top of the stove to be boiled, or a 3-quart oven-safe container, if you want to steam in the oven.  Joy of Cooking had a recipe for baked Brown Bread as well as a steamed one (in a pudding mold), but I don’t have a pudding mold or the right size  Pyrex dish (it would be  one-quart size for the amount I made) nor did I have a deep enough pan for a one-pound coffee can or mold. (If you have a pasta pan, that will be perfect.) Plus the cans used today are not safe to use as a mold.  And baked just wouldn’t do.  How would you get that wonderful moist texture? Although, I’m not discounting steaming in the oven if you have the appropriate container.

My 1920’s Buffalo Cooking School Cookbook assumed a mold and a steamer, but finished the bread after steaming by putting in a moderate oven for about 25 minutes.

The flour mixture used in that cookbook was cornmeal, rye or graham flour and whole wheat flour, the other ingredients and the amounts were nearly identical to the ones in the recipe I ended up using, except my recipe made half as much.  Other recipes used cornmeal, rye and graham flour.  I happened to have some rye, but not graham, so that is what I used.

Now– How to steam the pudding?  I had to get rather creative, since I did not have a deep enough pot to hold anything that would contain five cups of batter (the amount in 1/2 recipe).  I did have a 9″ loaf pan that was just slightly larger than needed. And when I tested it, found that although it did not drop down into my largest pan (5″ deep), it rested nicely on the lip. Since the recipes call for resting it on a rack or a layer of crumpled foil, I knew having it suspended should be fine.

Note: A comment on the recipe at the King Arthur Flour site suggests using pint wide-mouth canning jars, which sounds like a great solution for smaller, round loaves. 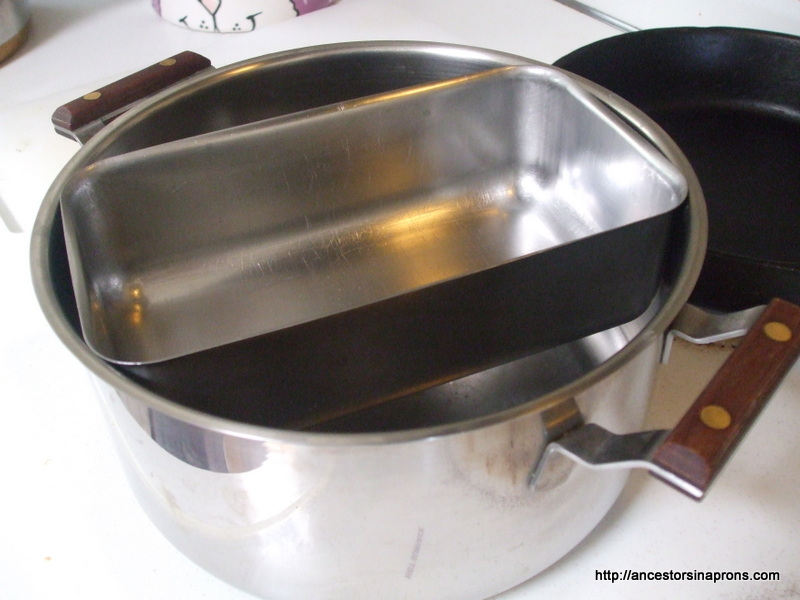 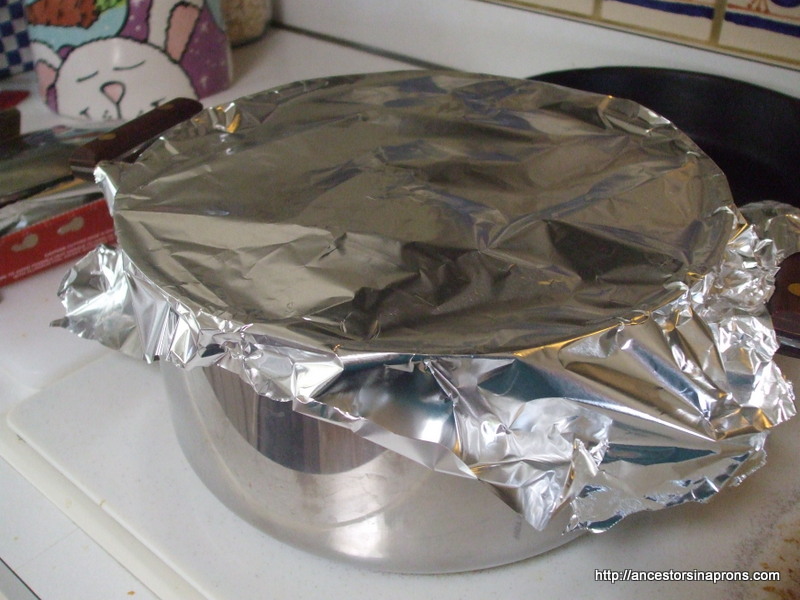 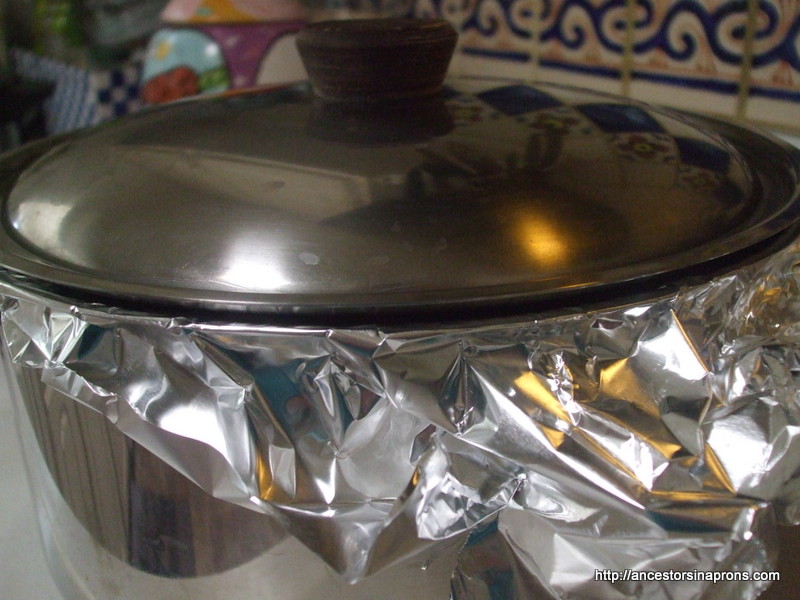 Lid on top of foil

I crossed my fingers, made the batter, poured it into a very well greased loaf pan, sealed it tightly with aluminum foil.  I brought to a boil about 1 1/2 inches of water in the large pan, set the loaf pan into the larger pan, resting on the rim. Since the large pot’s lid was not going to seal with this arrangement, I put another double thickness of aluminum foil over the entire thing, and then put on the lid.

Since it steams for 3 1/2 hours, I had to add boiling water a couple of times. (Don’t add water at less than boiling, because you don’t want uneven cooking.)  And be VERY careful when lifting the lid (and in my case, the larger piece of aluminum foil) so that you don’t get burned.

It is also tricky to test to see if the Brown Bread is done.  My loaf pan with 5 cups of batter took 3 1/2 hours.  I carefully removed the lid and aluminum foil, then lifted the loaf pan out and lifted the aluminum foil covering the top of the loaf pan. I tested the center with a skewer, which came out fairly clean.  Since this is a moist bread, the test skewer will not ever be totally clean. And it will continue to cook after it comes out of the steamer.

If that steaming arrangement sounds too challenging–once I tasted it, I had no doubt that it was worth the experiment with pans and the cautions necessary. It was absolutely molasses-y delicious, and very similar to the fondly remembered canned Boston Brown Bread, all except the shape. 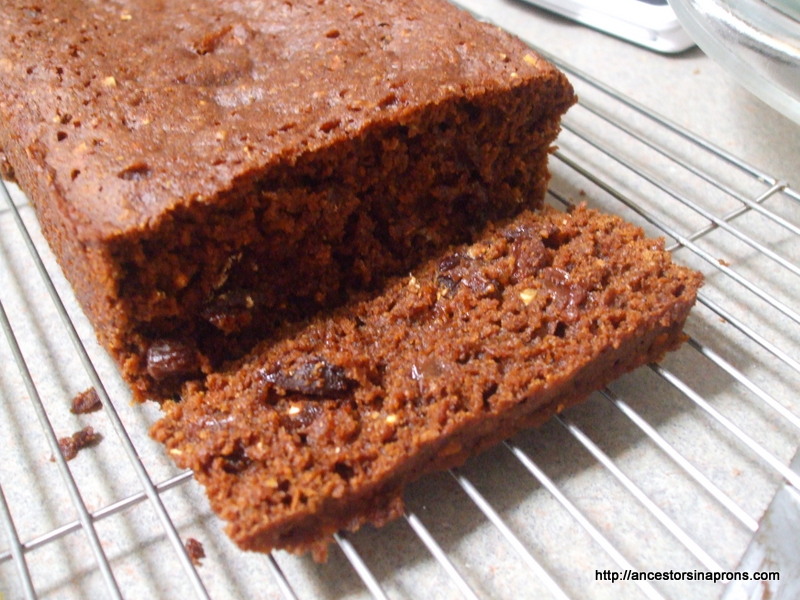 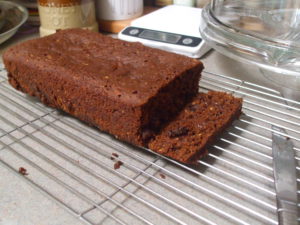 Some people soak the raisins in rum or other alcohol. Some leave them out entirely.

Don't let the lack of a pudding mold stop you. There are many substitute methods described in the accompanying article with this recipe.

BONUS: Here’s a recipe from Yankee Magazine for a Brown Bread Muffin.  Same ingredients, except it adds an egg, and much quicker than the long steaming process for the real deal Brown Bread.

2 thoughts on “Boston Brown Bread Comes Out of the Can”