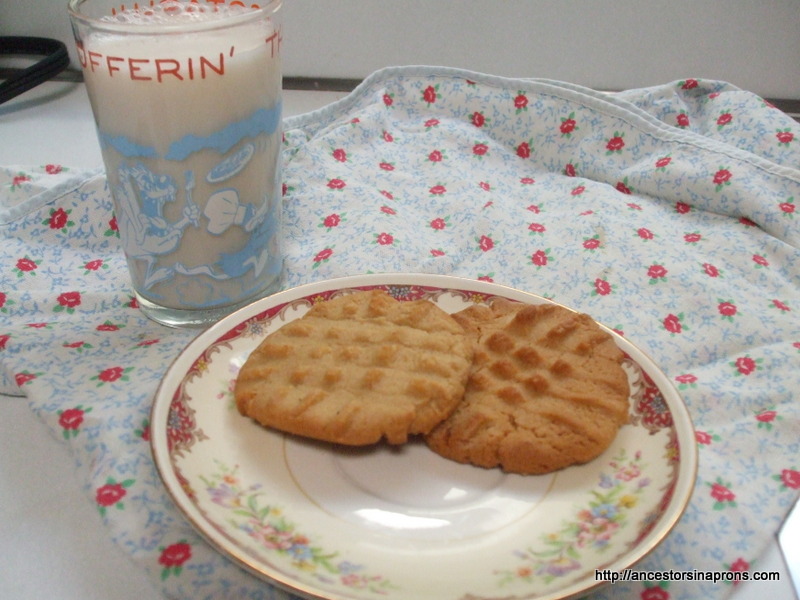 A recent conversation with my sister, who has very firm ideas about what is and is not allowed in cookies, reminded me not only of oatmeal cookies with raisins, but also peanut butter cookies with crisscross marks on top made by a fork.  Where did that particular form come from? After all, you can just put a ball of dough on a cookie sheet and let it spread, or you can press it flat with a glass or the heel of your hand. But fork-made crisscross means peanut butter cookie, doesn’t it? Why?

And are peanut butter cookies a strictly American thing?  I don’t imagine that our British and German ancestors had access to peanut butter. And when did peanut butter become such a big deal in the U.S. anyhow?

So, off to do some research. And first thing I found? A website called PeanutButterLovers.com . But of course!  Their handy timeline held some surprises, and a couple reasons we Ohioans might particularly be addicted to peanut butter.

Although this timeline does not take us into the 2000’s, Peanut Butter has become a trendy food, with small batch peanut butter sold at farmer’s markets and peanut butters in many flavors manufactured by lesser-known brands. You can even grind your own nutbutters at the store in many natural foods markets. (Right beside the coffee bean grinders.)

And more peanut butter is exported from America than any other country. China is the other big exporter.

More than you ever wanted to know about the history of peanut butter cookies (unless you’re a cooking nerd) appears on the website New England Recipes.

At first, peanut butter cookies were made with ground peanuts instead of peanut butter. George Washington Carver, father of peanuts, published 105 recipes for peanuts that had the first peanut cookies. Then it was discovered that peanut butter could substitute for all or some of the shortening in a recipe.

But cookbooks did not carry the peanut butter cookie recipe we use today until the 1940s. In 1947 the Boston Cookbook School Cookbook finally switched to today’s standard recipe using half brown and half white sugar and equal amounts of shortening and peanut butter.

It appears that Mary Ellis Ames, who worked for Pillsbury, is responsible for our associating fork hash marks with peanut butter cookies, according to the What’s Cooking America website. 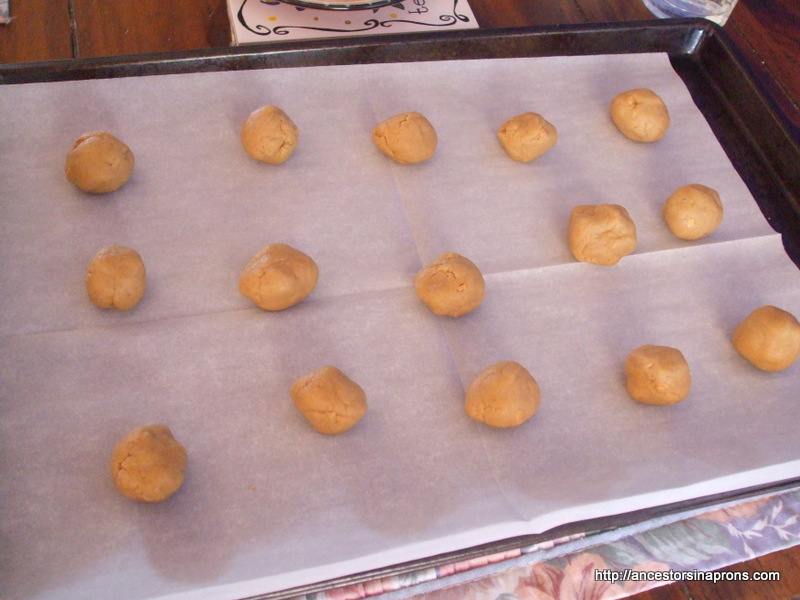 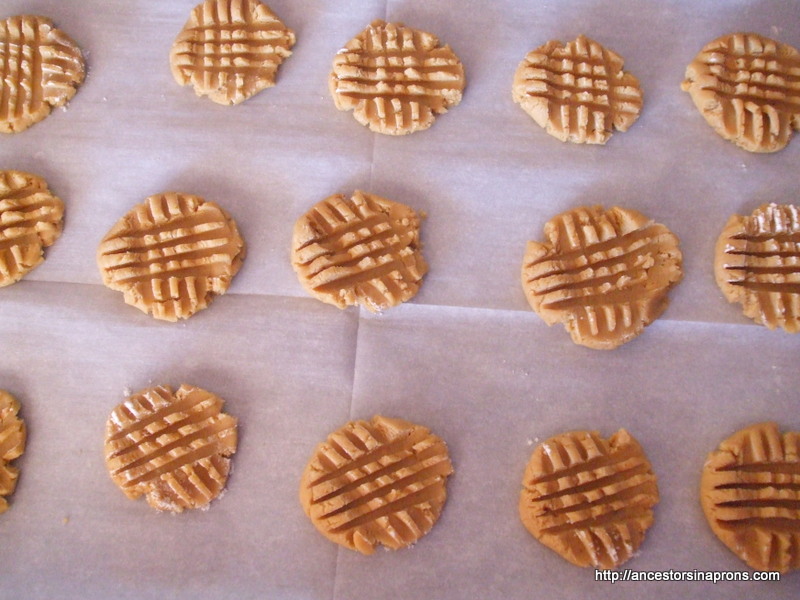 The 1933 edition of Pillsbury’s Balanced Recipes by Mary Ellis Ames, Director of the Pillsbury Cooking Service, contains a recipe for Peanut Butter Balls. It instructs the cook to roll the dough into balls and press them down with the tines of a fork. This practice is still common in America today.

Since I don’t have a recipe card from mother’s recipe box, I guessed that she used the recipe in the Better Homes and Garden’s Cookbook. But I had one problem. Mother’s cookies were a little soft, and following the recipe from Better Homes and Gardens, I got very crispy cookies. In the notes to the recipe, I address how you can convert the same recipe to get a softer cookie. (Ironically, by reverting to the one measurement where Better Homes differs from the first recipes published.) 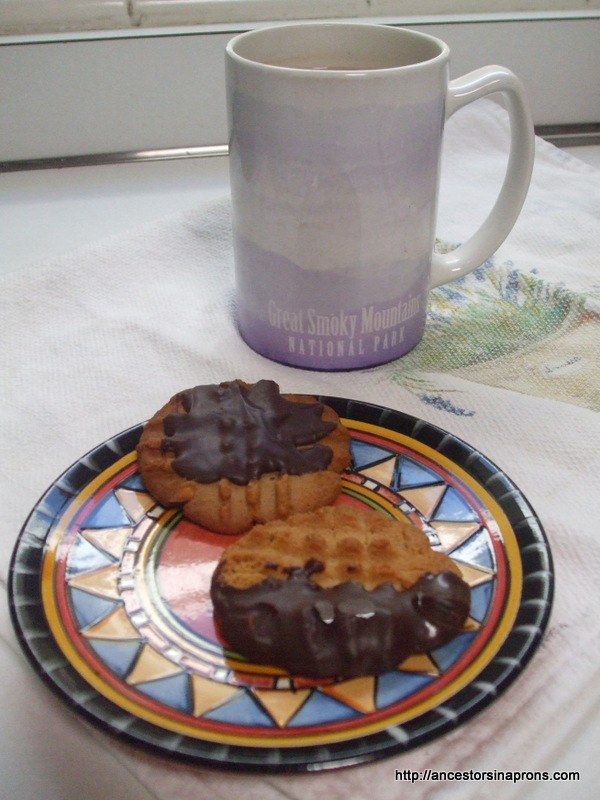 Let me know where you stand on peanut butter cookies. Crispy or soft? With additions or not? Do your have crisscross fork marks? 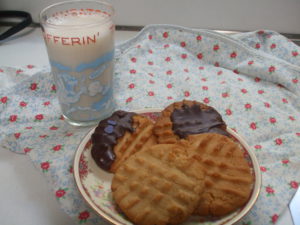 The original recipe, calling for 3 cups of flour, and baking at 375 degrees for ten minutes, resulted in a very crispy cookie.

If you prefer a softer cookie, use my recipe, which reduces the flour by 1/2 cup and the baking temperature to 350 instead of 375.

In either case, remove the cookies while they are still slightly soft on top, as they burn on the bottom quite easily, and will finish baking, even on a cooling rack.

If you store the dough "log" in the refrigerator before baking, it may take as much as an hour at room temperature to soften enough to slice and bake.

If you choose to use the chocolate coating, consider storing the finished cookies in an airtight container in the refrigerator, particularly in summer.

*A note about the family heirlooms in the first picture can be found in my next post.