It gets a bit overwhelming doesn’t it? The summer fruits. All those bags of cherries, boxes of blueberries, stacks of peaches, apricots and nectarines, piles of figs, that will disappear in the blink of an eye.  Not to mention the mini sweet peppers that appear for a short time in summer. 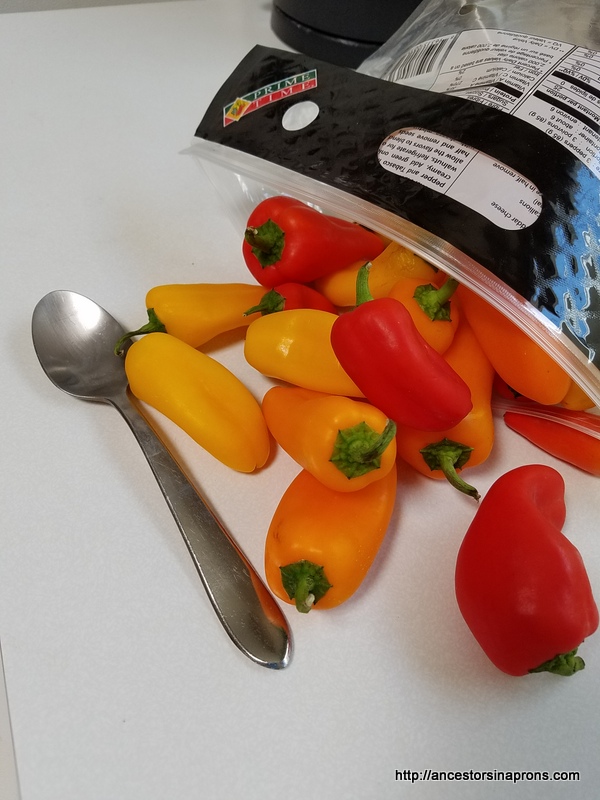 I have given you recipes from my grandmother Vera Anderson for red pepper jam, and other vintage ideas for saving green tomatoes (pickles or piccallili), blackberries (cordial), and a Mennonite cookbook suggestion for freezing pie fillings–-pear, peach, blueberry, and even green tomato work well. 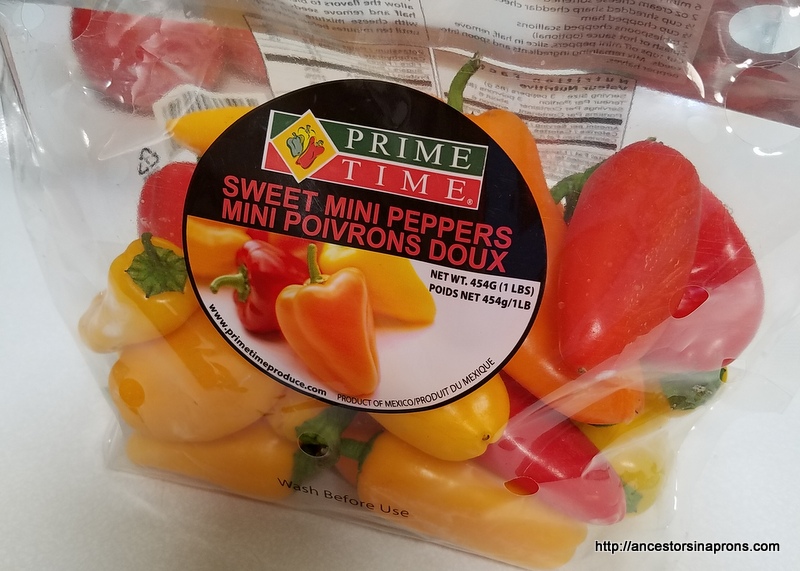 One pound package of Mini Peppers

Mini Peppers out of package 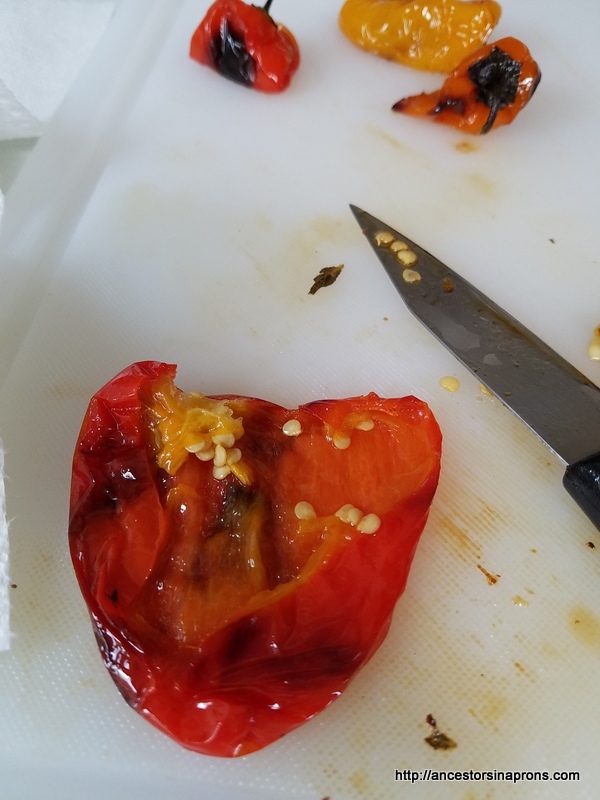 Cut and Seed the larger peppers 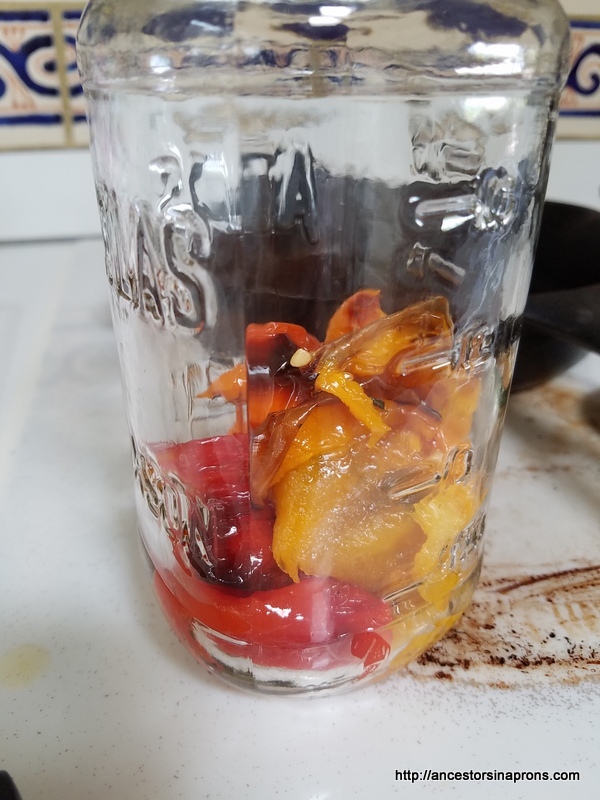 One pound of mini peppers fills about half a quart jar. 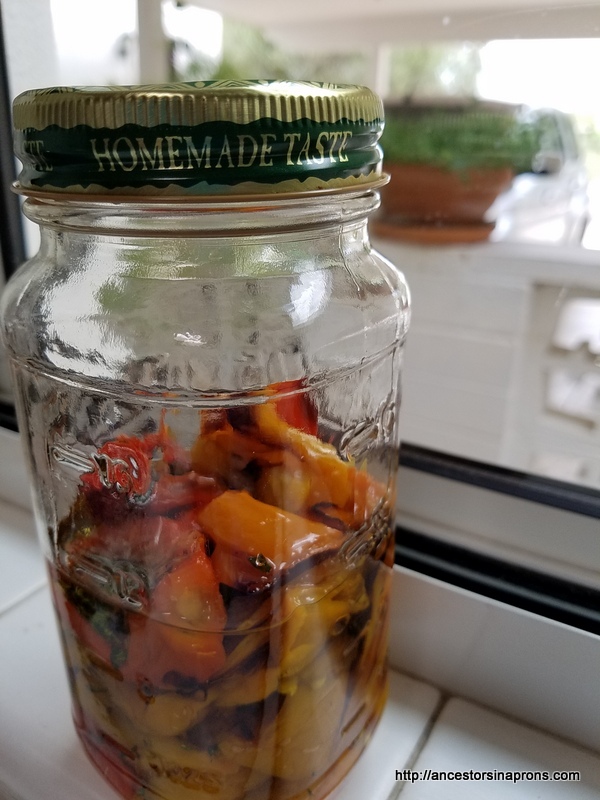 The peppers covered with oil will keep in the refrigerator about two weeks.

When the peppers are thoroughly cooled, they can be frozen BEFORE adding oil , to keep them even longer.

How do I use them?

Disclaimer:  I have to admit that despite the fact that this recipe is in the spirit of our waste-not grandmothers, I have not found evidence that our great-grandmothers roasted vegetables in this manner. I have to believe that with open fire cooking, some vegetables must have fallen into the coals. And someone must have realized that seasoning with herbs and oil would make them even tastier.  Nevertheless, the concept of roasted vegetables seems to be a recent style in American cooking, starting in the 1950’s when backyard grilling became popular.