My great-great-grandmother, Mary Morgan,  a woman of many talents, led a more than interesting life. For instance, she held the post of postmaster. 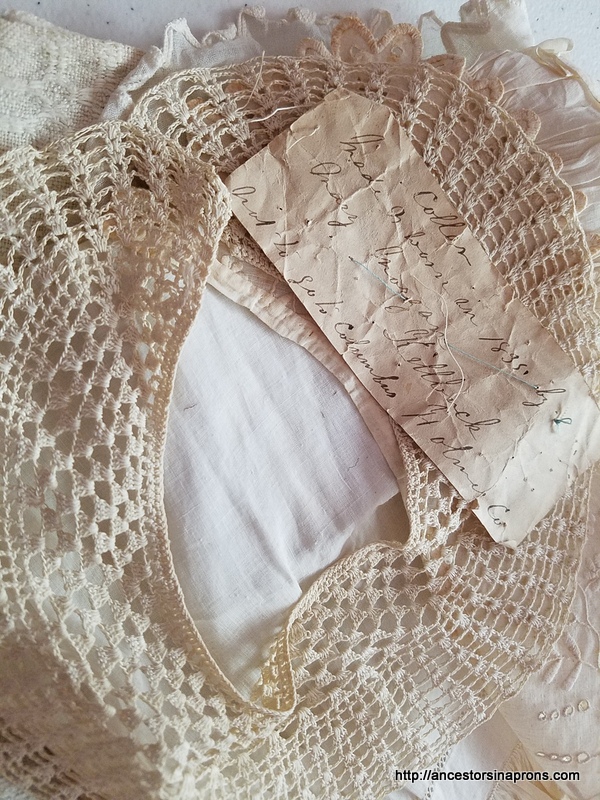 I have told you  the story of the antique chest she brought along when her family moved from New Hampshire to Ohio  and showed you the lace collar she made on a loom. I have told you about her love of reading and the shock when her second husband forbade her continuing the subscription to her beloved Godey’s Ladies Book. And my brother told the story of the demise of Mary’s second husband, Jesse Morgan.

But there is so much more to tell you and show you about Mary Bassett Platt Morgan.

*Did you know that women who run a post office are always called post MASTER?  Always have been and still are.

Although she inherited quite a bit of property from her first husband,Mary kept working hard all her life. As a two-time widow, she became a postmaster in Killbuck Township (and the town of Oxford which later became Killbuck) Holmes County, Ohio from 1862, when she was 52 years old until 1878, when she was 68 years old. During that period, there were three years when she did not serve as postmaster, and I wondered if politics had anything to do with her replacement by J. Duncan, a prominent name in Killbuck.

I knew that before the Civil Service Act in 1883, such appointments were political, but I did not know exactly how that would affect my great-great-grandmother. I found this explanation on the website of the U.S.P.S.

The history of the United States Postal Service, the Mid 19th Century

Postmasters had to post a bond and reside in the community where the Post Office was located….

The job of postmaster was an important one — candidates for the job were proposed by the outgoing postmaster, the local community, or local congressmen. Beginning in 1836, postmasters at the largest Post Offices were appointed by the President and usually received the job as a political plum. The Postmaster General continued to appoint postmasters at smaller Post Offices. [my italics]…

The postmaster had to keep the Post Office open during normal business hours and, if mail was delivered on a Sunday, for one hour after the delivery of mail. If a church service was going on, the postmaster had to wait until it concluded and then open the office for an hour. This decision dated back to the 19th-century controversies over the drivers of mail wagons blowing on a horn or a trumpet as the wagon came into town. Some ministers complained that the men would rise up, leave the church, and head for the Post Office, where they would visit with each other and even play cards.

The decision to keep the Post Office closed during services was a compromise. However, the Postmaster General refused to stop mail wagons from running on Sundays, since this would delay the mail too much.

Since Mary served under Republican Presidents (Lincoln, Grant and Hayes) and Democratic President Jackson, and since she served under five terms of Republican Congressmen and four terms of Democratic Congressmen, I have to believe that patronage did not play a part in her getting the job. Perhaps Killbuck was just too small to bother with patronage, and the Postmaster General did the appointing.

Duties of the Postmaster

Can you name the first Postmaster General of the United States? The person responsible for the system that stands today? (See the end of this post)

When a  person arrived at the post office to mail a letter, Mary would write (or stamp) the name of the Post office and the amount of postage.  During the time that Mary Morgan was a postmaster, the cost of mailing was three cents per 1/2 ounce for any destination in the United States.

She bundled letters according to their destination, or a clearing house they would transit on their way.  When letters arrived, she checked to be sure the postage amount on the letter was correct. By the way,most of the time, rather than stuffing a letter in an envelope, the sender merely folded it  and wrote the mailing information on the back.

This is a scan of a photocopy, so quality is not great, but it shows the outside of an 1845 letter, folded for mailing. 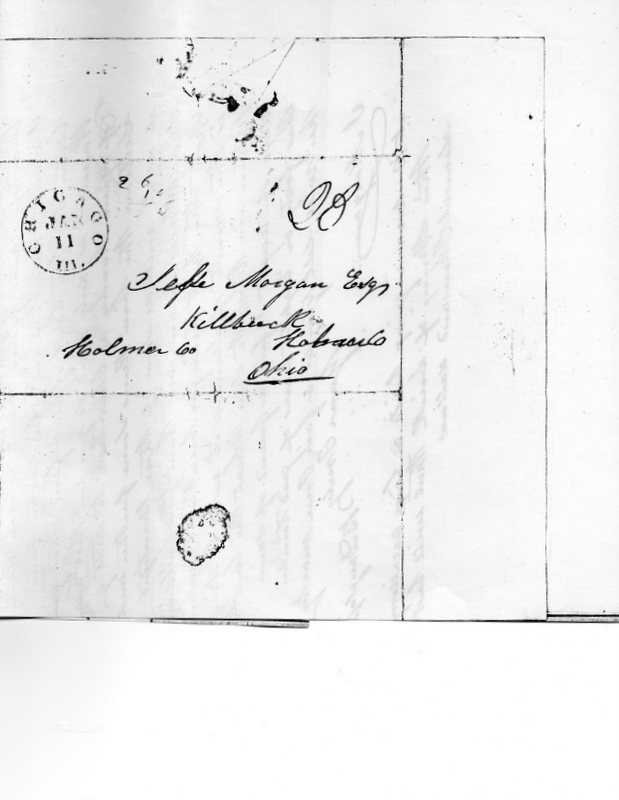 1845 letter folded with address on back. Sealed with wax (see blob?) No postage stamp but clear Chicago postmark.

The Pay of the Postmaster

From the Register of Civil, Military and Naval Service records  I learned some of the amounts Mary earned:

I’m guessing that during the Civil War, correspondence increased as families wrote to soldiers and the final three years here reflect the rapid growth of the Killbuck area after the Civil War.

There was no mail delivery in small towns, because the revenue did not justify hiring people.  People not only went to the post office to mail their letters, they also went there to pick up their mail. if they did not pick up their mail,  the postmaster would place an ad in the newspaper listing the people for whom mail was being held.  Many times, as I research my ancestors looking for newspaper articles, I see familiar names in the “held mail” ads.

My mother said that because everyone knew that my great-grandmother (daughter of Mary Morgan) was a great reader, and her son, a New York City lawyer, sent her copies of the New York Times, the newspaper would be passed around by everyone who cared to read it when it arrived at the post office.  So the post office was not only  gossip central, it was also a lending library.

Of course, the postmaster saw a lot and was expeted to be discreet. Once my dad, writing to my mother from one of his road trips, wrote “Hello, [name]” on the bottom of the postcard, because he knew that the postmaster at the time had a habit of reading the mail.  She did not speak to him for months. I can’t believe that Mary Morgan would have been guilty of such transgressions.

When I was growing up, there still was no door-to-door delivery, or R. F. D. (rural free delivery) in Killbuck, so I would walk down to the post office and turn the combination on Box #103 to get our family mail.  I don’t know how many years my grandmother had that box, but I believe it was probably issued with the very first locked boxes in Killbuck. I know she had it in the 30s and 40s and still in use by my aunt after grandmother died in the 1960s.  When we moved to Killbuck, our family used the same box number. When my aunt and uncle relocated from the country to town, they also used that box.

And that history goes back to when Benjamin Franklin was the very first Postmaster General of the United States in 1775.

Register of Officers and Agents, Civil, Military, and Naval in the Service of the United States, 1863-1859, Vol I, Postal, Ohio