The Culture and Food of Wales 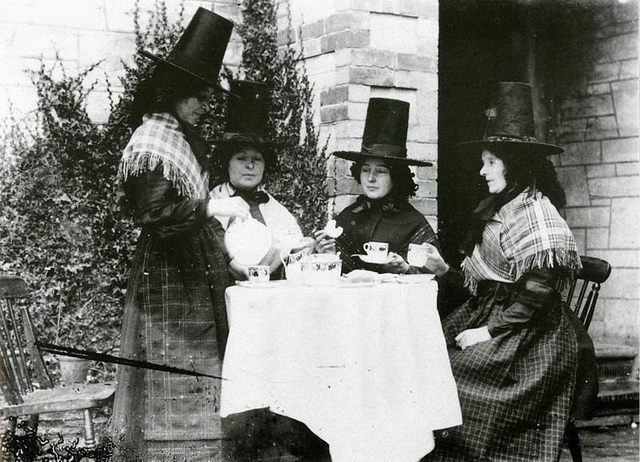 Women Taking Tea. Toward the end of the 19th century, there was  a fad of making postcards of people in traditional Welsh costumes. Ahh, those hats!!

That delightful photo is part of a large collection of rescued 19th century photos that is held by the National Museum Wales. You can see 104 of them on Flicker and learn more at the collection’s web site. There are a few Morgans identified in this collections, but although they might be distantly related, I have to keep in mind that the Morgan brothers that left for America had been gone for about 200 years when these pictures were taken.

“Welsh expats can be found around the world, but many have emigrated to the United States, in particular Ohio, Idaho and Pennsylvania.” The Guardian Newspaper on line.

That description closely fits the pattern of the Morgan family, my ancestors stretching back from great-great-grandfather Jesse Morgan.  Although when two Morgan brothers left Wales they originally settled in New England, within a few generations, they had moved to Pennsylvania and then on to Ohio.  One of Jesse’s sisters and several of his nephews and nieces lived in Oregon–not Idaho, but next door.

Oddly enough, a strong Welsh community survives in the Argentinian province of Patagonia.  As far as I know, none of Jesse Morgan’s relatives ventured as far as Patagonia. (But I wouldn’t mind an excuse to travel there.)

I want to know more about being Welsh.  Since the ancestors I have explored earlier were mainly English, Scots-Irish or German and Dutch, Wales is a new location with new traditions to look at.  Yes, still Great Britain, but with a very distinctive culture.

The Foods of Wales

Of course, I explored Welsh foods first! Although Jesse Morgan, my great-great-grandfather, was a member of the sixth generation in America, surely some of the traditional foods must have still been served. Lamb is a mainstay of the Welsh diet. Did my New England and Pennsylvania Welsh ancestors raise lambs? And I need to learn about Caerphilly cheese, a Welsh native cheese. Did they attempt to replicate native Welsh cheeses? Did the women of the family stick to tried and true native bread and cake recipes? 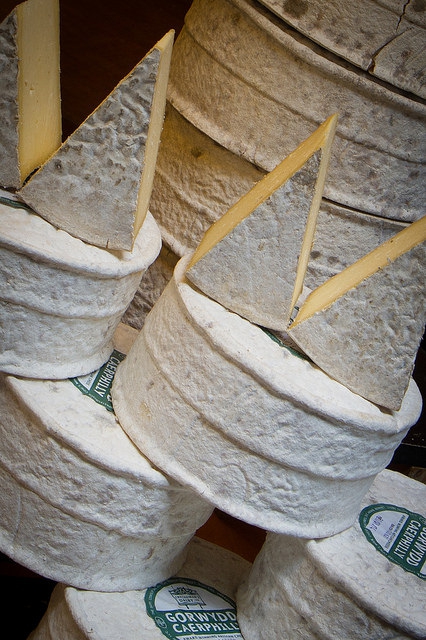 A great source is the website Wales.com and its page on Welsh food. I know that for sure I will be trying Welsh cakes–a skillet bread I also like the look of Bara Brith (speckled bread)–a kind of melding of fruit cake and bread that looks dense and rich, like Boston Brown Bread. 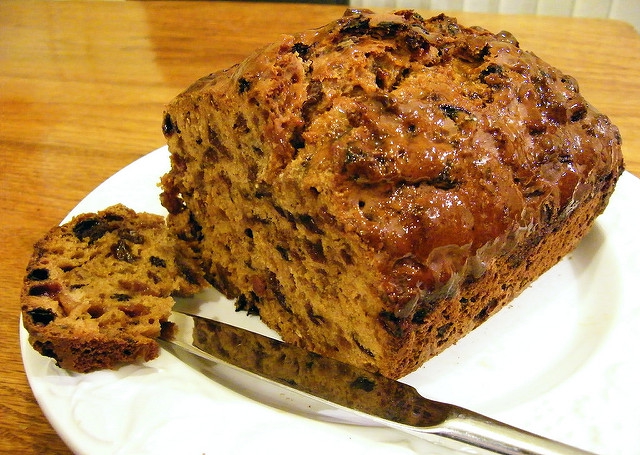 Ancestors in Aprons already shared a recipe for Welsh rarebit, and a discussion of the name.  In Wales, they add a variety of ingredients.

How I would love to take a culinary tour of Wales , attend a food festival, or at least visit some Welsh markets.

The Living Language of Wales

On the one hand, I want to relate to the Welsh, but on the other hand, do I want to learn to speak the language?

“It’s called Cymraeg, and is a language with entirely regular and phonetic spelling. Our place names may look complicated but once you know the rules, you can learn to read and pronounce Welsh fairly easily.

Our Celtic language is closely related to Cornish and Breton and is one of Europe’s oldest living languages; the Welsh we speak today is directly descended from the language of the sixth century.” Wales.com

Despite the assurances of the website–it does not look easy to me. Take the longest word:

Ah well, the Welsh national saying is  Gwnewch y Pethau Bychain  which means ‘Do the Little Things’. So I think I’ll start with cooking instead of talking.

1 thought on “Wales, Food From Another Homeland”