The Life of a Horse Trader 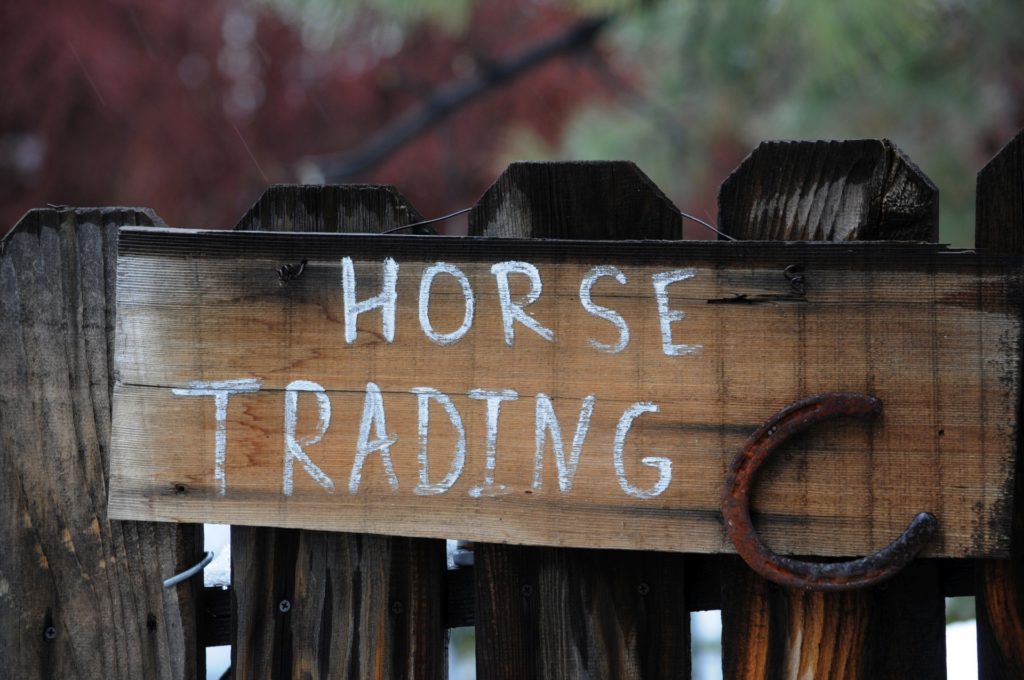 The occupation of horse trader has come to be synonymous with con man, but we do not have evidence that Jesse was anything but  a businessman. Horse Trading also means wily deal making, and I have no doubt that description fit my great-great-grandfather. Surely he must have had a gift of gab, and an outgoing personality ready to talk to and strike a deal with anyone he met.  He certainly was not a homebody, since he spent months at a time roaming the countryside far away from his wife and children.

One historic source I looked at said that most farmers were at one time or another horse traders, although they would have been trading horses form their own home bases, not traveling like Jesse. Horses were essential to the way of life in the early 1800s–for riding, for pulling carriages for transportation, or for pulling farm machinery.  Although the arrival of railroads was expected to dampen the market for horses (and also for the grain to feed them), people continued to use horses throughout the 19th century and into the early 20th century .

An historical novel found at Google Books sheds some light on the life of a horse trader, and parts of what it says seems echoed in Jesse’s 1844 letter, particularly fattening the mare to sell.

From Chasing Ghosts, by Barbara Richard:

“In the late 1800s, itinerant horse traders became an integral part of the agricultural community of the Midwest, filling a role almost identical to the used car salesman who emerged into the economy half a century later.  It was more a barter system than outright sell/purchase.”

A character in the book says ‘Keep talking until you get a horse as good or better than the one you’re trading, and the price of him to boot.’ The horse trader in this account would trade a horse he had fattened up for one that looked lean and worn down, but he would also get the price of the thin one “to boot.” Then he would proceed to fatten up the skinny one he had just acquired and sell it at a profit. That provided the money he would take home as earnings.

As to the “matched span” that Jesse mentions, this book says, “Perfectly matched sets of horses were uncommon and exceedingly desirable–thus valuable.”