As I started looking for Welsh recipes and food traditions that my Morgan ancestors might have been familiar with, I was fascinated with the most traditional dish, a Welsh soup called Cawl. It seems everyone MUST eat cawl on St. David’s Day, March 1. Rest assured, we will be revisiting the traditional version of Cawl next March.

But while I was reading through the various recipes that claim to be THE authentic way to make the traditional soup (everyone’s grandmother has a different recipe, and your grandmother’s recipe is the ONLY way to make it, right?), I came across this decidedly different Welsh soup. 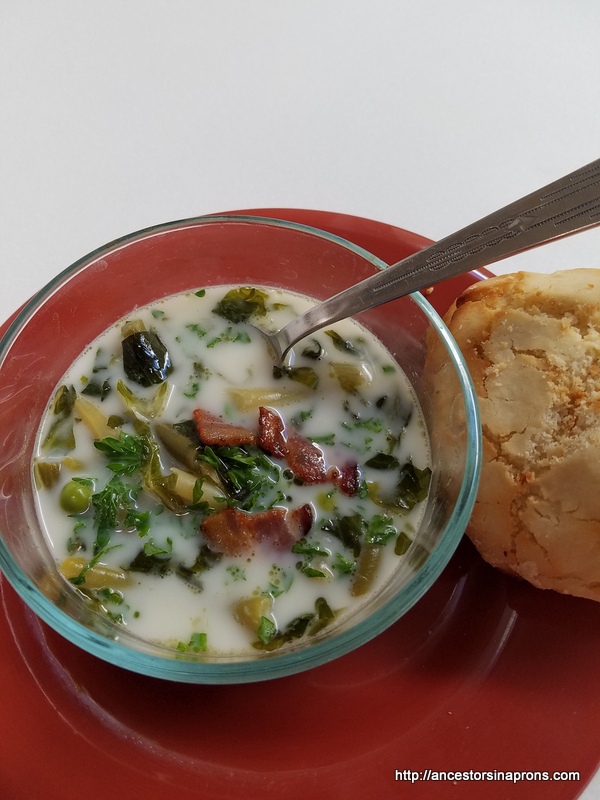 The web site of the British grocer, Bodnant, devotes a section to Welsh recipes, including this summery version of cawl.  Since soup, more than most recipes, just begs to be tampered with, I can’t testify as to the authenticity of the recipe–either with or without bacon, which the author says he added to this Welsh soup for extra kick.

Apparently the only essential ingredients for cawl are leeks and cauliflower.  This soup, being a summer soup, uses lettuce in place of cabbage, but the leek remains. And if you skip the bacon and use vegetable broth instead of chicken broth, you’ve got a lovely vegetarian version. 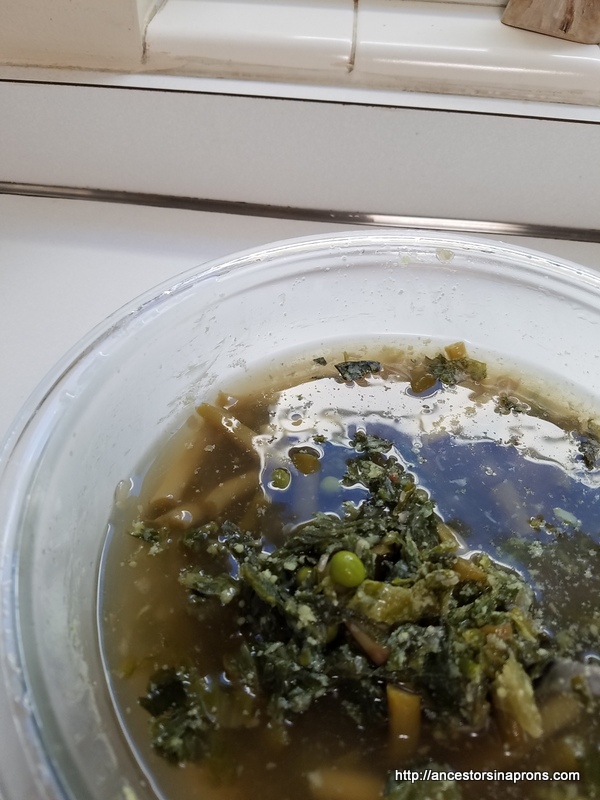 I recommend serving the Welsh soup with one of those Dutch crunch rolls I wrote about earlier, with a big hunk of Irish butter. Yum! 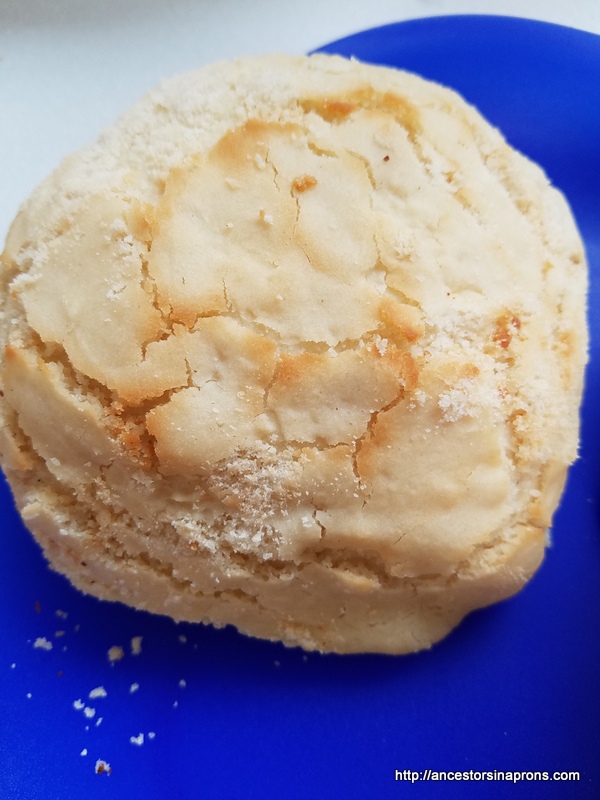 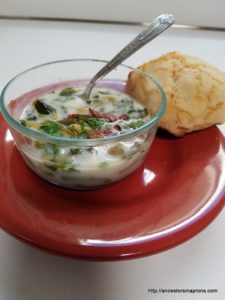 This summer soup from Wales takes advantage of vegetables available in the summer time and produces a cheerful,fresh-tasting, green soup.

A cawl is a Welsh soup. More common in the winter, this Welsh soup is a summer treat.

About adapting this Welsh soup, the web site warns "Look for the best ingredients that you can find and although you are welcome to make the dish your own with whatever vegetables you have on hand do not be tempted to overdo it and muddle the flavours."

The website calls for "broad beans." Those are the same as Fava. If you want to use Fava beans and have not cooked with them before, be sure to learn how to use them before starting. You can substitute canned lima beans or other white beans.

The website recipe browns the bacon along with the vegetables, but that may yield the limp bacon that Britishers seem to love, and I don't love it. For my Welsh soup, I preferred to cook the bacon separately and use it as a garnish. Granted, you do not get as much bacon flavor in the soup itself, but you also save yourself quite a bit of fat. Your choice.

Little Gem lettuce is not easy to get in the U.S., so if you can't find it, you can substitute Romaine, preferably baby Romaine.