Today we’ll take a look at Gelbwurst, a lemon-flavored sausage that you usually serve cold. 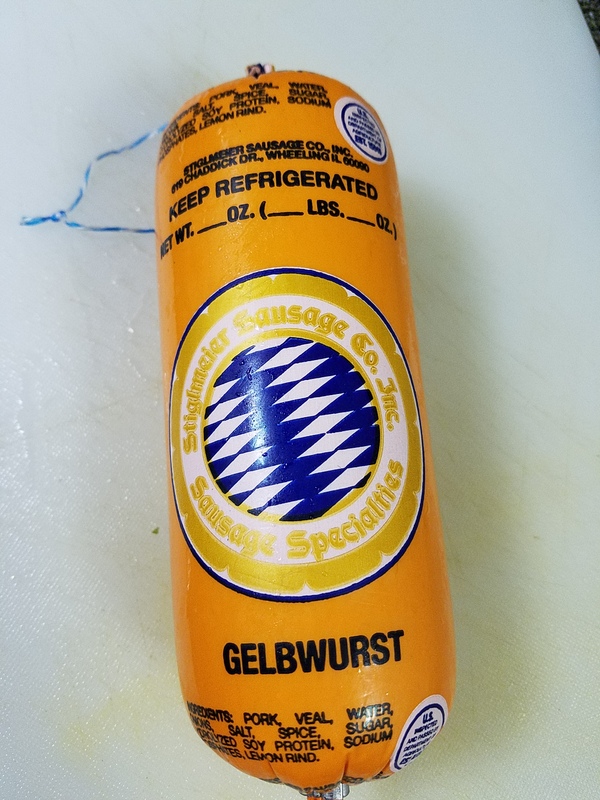 I started the series on German Sausages when I saw a sign in a nearby butcher shop/deli advertising a dozen or more types of German Sausages.  I only recognized one or two of them.  With all those German Ancestors, I thought it was time for me to learn. You can see the first sausage, Weisswurst, here.

What Goes In To Gelbwurst

My ignorance of sausages showed when I pulled the sausage out of the freezer, ready to cook it for dinner, and discovered you don’t cook Gelbwurst. Instead, this sausage falls into the same category as bologna. Like bologna, you can fry slices if you wish, so we tried it both uncooked and fried. In either case, remove the yellow-colored casing before eating.

The name means yellow (golden) sausage.  Various meats may go into Gelbwurst. The ingredients can include pork and bacon. Mine had Veal with several seasonings, perhaps nutmeg, pepper and ginger but definitely including the most usual flavoring– lemon.

Like the Weisswurst I talked about earlier, Gelbwurst originated in Bavaria–the home of some of my German ancestors. According to this web site, in Bavaria it might be known as Kalbskäse or Weser Fleishkäse or Breganwurst in Northern Germany. If you saw the alternate name, Hirnwurst, it would mean made the old way with up to 25% pig brains, but brains are no longer considered a safe ingredient for making sausage. Yet, according to Wikipedia, the name Hirnwurst survives. 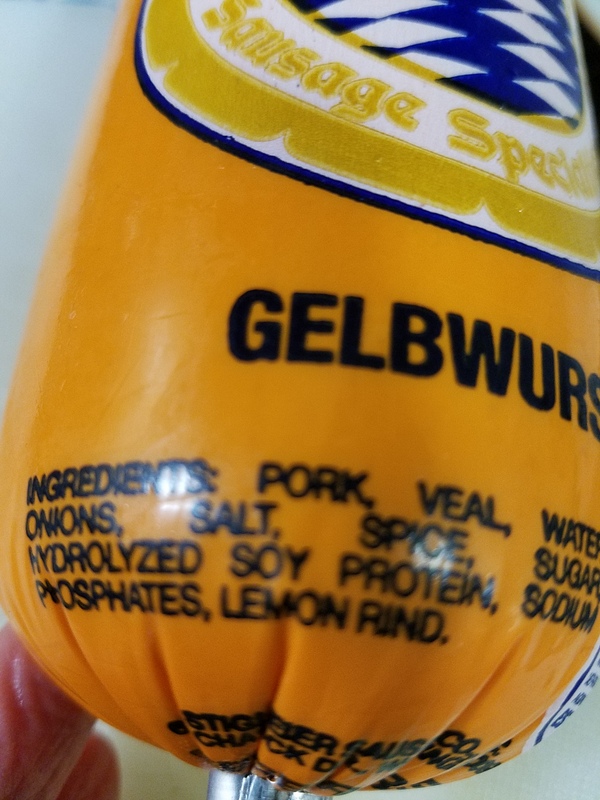 Do you want to make your own Gelbwurst? Follow the link.

The traditional casing was pig’s intestine died yellow, but nowadays it comes in an artificial casing–also yellow.  The sausage itself is a pale gray instead of pink because it has no nitrites. That makes it healthier than some sausages and cold cuts, however it also means it will not stay edible as long.  One website recommends eating it within two days of purchase.

In fact, my Gelbwurst began to smell a little “off” after two days out of the freezer.  Since we bought an uncut, frozen package rather than having a butcher slice some off a fresh loaf, we had more than we needed for one meal.  We ate it for dinner one night, breakfast and  lunch the next day and still had a bit to discard. 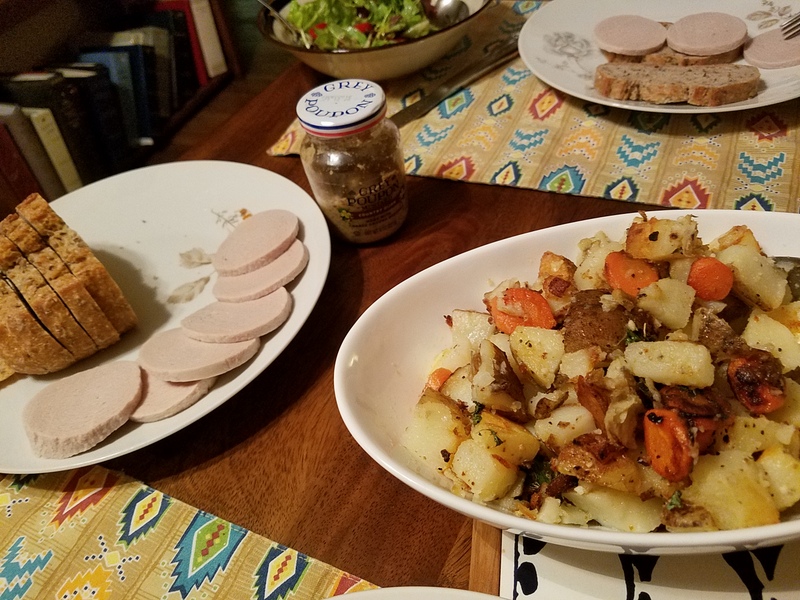 Sheerly a matter of taste, of course, but we preferred it fried on rye bread with a bit of old fashioned, seed-filled German mustard. In the picture above, we were eating it cold on rye bread–also good.