Stick with me through this post on Blutwurst, and you will be rewarded by the next recipe to come–a luscious dessert is coming soon.

Now here’s a sausage that will test how adventurous your eating habits are.  Blutwurst, the German means Blood Sausage in English, turns some people off right there. Just the name.  Even if you get your steak rare or barely medium, with a little bloody juice dripping out, there is just something about being so bold as to actually eat something called blood. 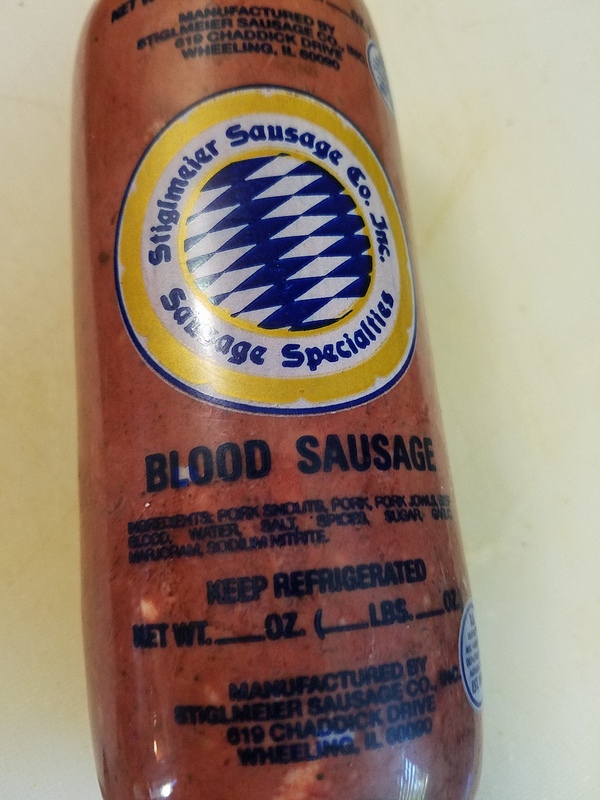 The English, in their coy way, disguise their blood sausage under the name Black Pudding. Well, that sounds pretty innocent, doesn’t it?  Since the English also tend to call all desserts “pudding”, you might be fooled by Black Pudding.

The French call it boudin (boo-DAN), which sounds pretty classy.

And so on.  Proving that every culture that eats pigs has found a way to maximize the use of ALL of the pig.  So while I found that I do like Blutwurst, I find it necessary not to dwell on the ingredients.  It is not the blood (which can be pork or beef blood) that gets to me–it’s the “pig snouts, pork jowls and pork belly fat that are added to chopped pork, seasonings like clove and ginger, marjoram and garlic.

It seems that most other nationalities add fillers of wheat or rice or other grains, but my German ancestors thought the left over parts of the pig were just fine all by themselves–with a few seasonings, thank you.

The Blutwurst I got from Wisconsin’s German sausage maker Steiglmeir is fully cooked, but it does contain nitrite–a chemical not found in many of their sausages.  That makes it a food you eat once in a while, but not frequently. 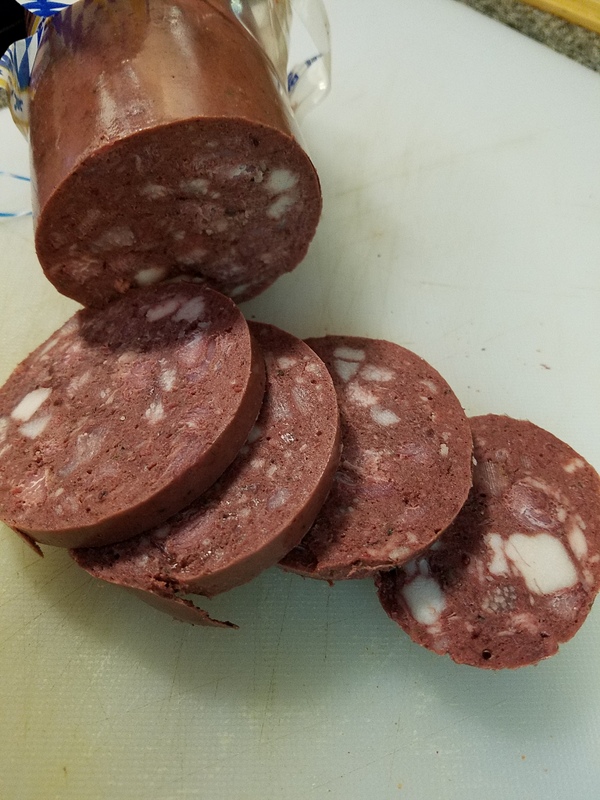 People have a ‘love it’ or ‘hate it’ reaction to blutwurst. There seems to be no neutrality about this stuff.  Some are turned off at the mere thought of blood in the name. Some think they detect a strong, iron aftertaste that they hate.  Some don’t mind the taste but don’t like the texture.  (Blutwurst is soft, rather more like liverwurst than like the solid texture of bratwurst.)

How To Eat It

Like other German sausages, blutwurst can be eaten as a cold cut or fried. I was a little put off by the big globs of fat, so preferred it fried.  I found that the texture improved if I fried it longer than I would other sliced sausage.  When it cooks all the way through, it loses that “gooey” texture that it has otherwise.  However, even in an oiled cast iron skillet, it was prone to stick, so I turned it frequently.  It cooks up black and is not terribly photogenic. 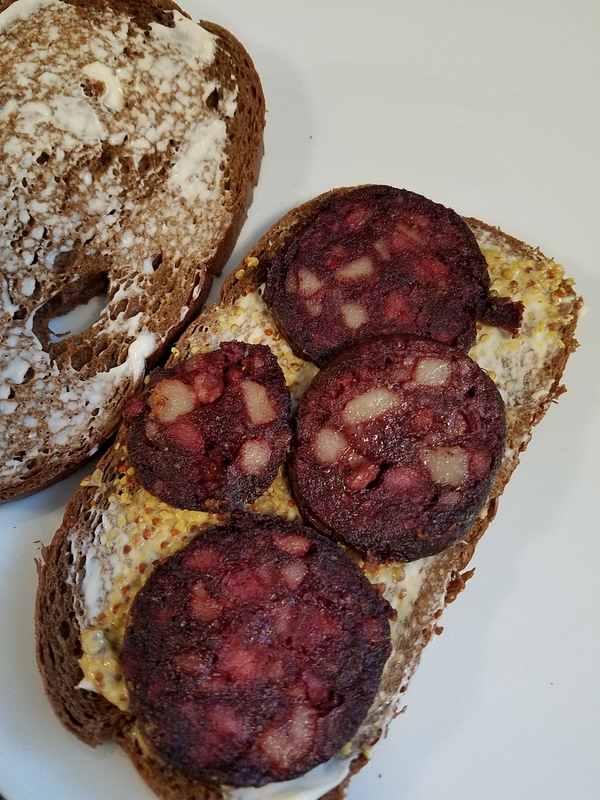 Blutwurst fried, on pumpernickel with mustard

As with the other sausages, the traditional German accompaniments taste great with blutwurst–namely potato salad and sauerkraut.  I didn’t have any sauerkraut on hand, but made a cold potato salad without mayo. In cooler weather, I would definitely make a German (hot) potato salad.  I also think I would love a few slices of apple cooked along with the sausage.

One Other Thing Not to Think About

Let’s face it, sausage does not qualify as health food, no matter how you slice it (or fry it).

But besides not thinking about ingredients, I try not to think about the nutritional value of the German Sausages I am trying out.  This one is loaded with iron, if you have an iron deficiency, however many people have to be careful not to ingest too much iron.  Otherwise, here’s the bad news about a serving of  blutwurst: 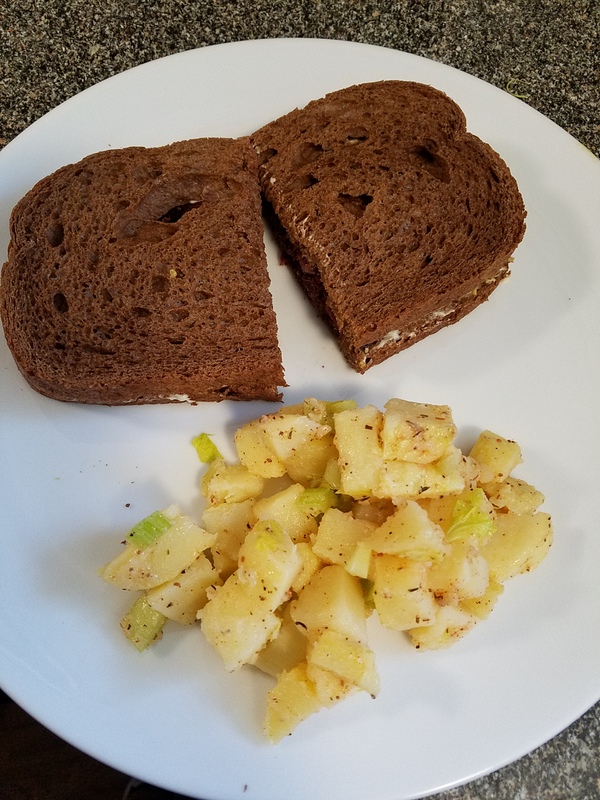 Blutwurst on pumpernickel with potato salad

But once in a while, for a special treat, Blutwurst, sauerkraut and potato salad will fill my plate. Add some pumpernickel bread and a splash of German mustard.

Or maybe I’ll have one of these that I wrote about earlier.