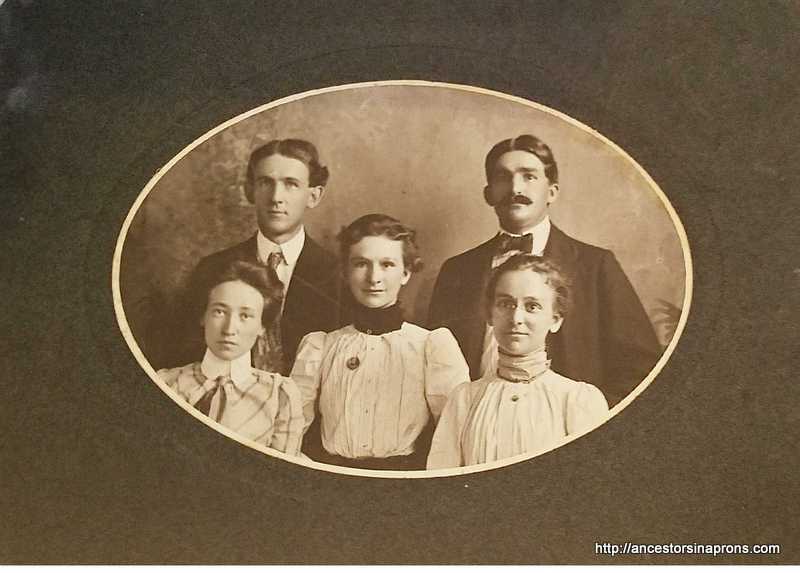 This picture of Maude Stout Bartlett might have been taken on her honeymoon.  I have not concrete information, but this must be Florida, and her bathing dress indicates very late 1800s or early 1900s. 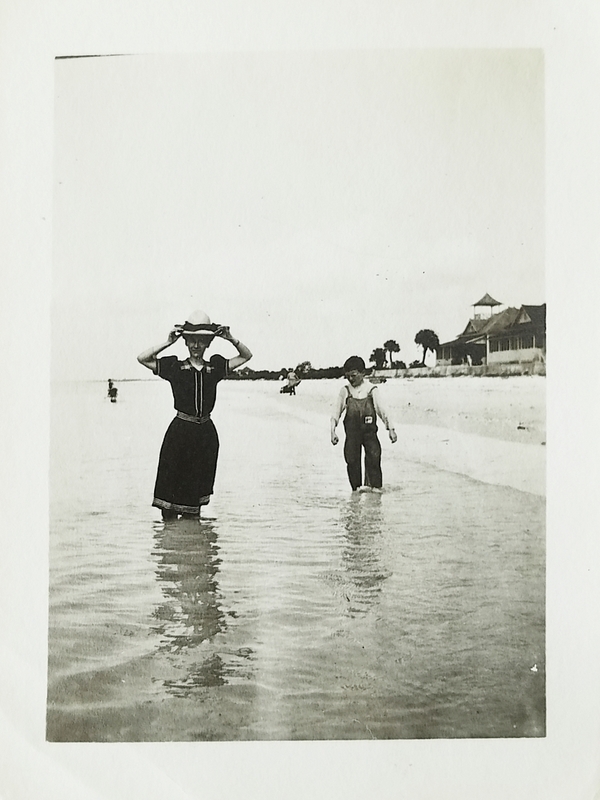 And here are Will and Jean Stout at the beach –probably close to New York City–with a group of friends.  Jean wrote on the back that the photo was taken by Mr. Benedict. There is a couple named Benedict in the photo of Bill and Jean’s dinner party in New York City, which I showed on this post.    Someone has circled Will in the back row and Jean in the next row down.

The other thing that intrigues me about this photograph– besides the wonderful bathing costumes–I wonder who the children are.  For sure one of the girls in the front row must be Jean’s daughter from her first marriage. Which one, I wonder?  I have no other  photos that show her, so would love to know.  In case you know her, I’m looking for  children or grandchildren of Margaret Rogers (born Oct. 1893) Owens. She married in December 1916. Her husband’s name: Temple Hubert Owens. They lived in New Jersey, but in 1952 lived in Georgia. Her husband died and was buried in Earlville New York in 1957, but I do not have information about her death. Can you help? 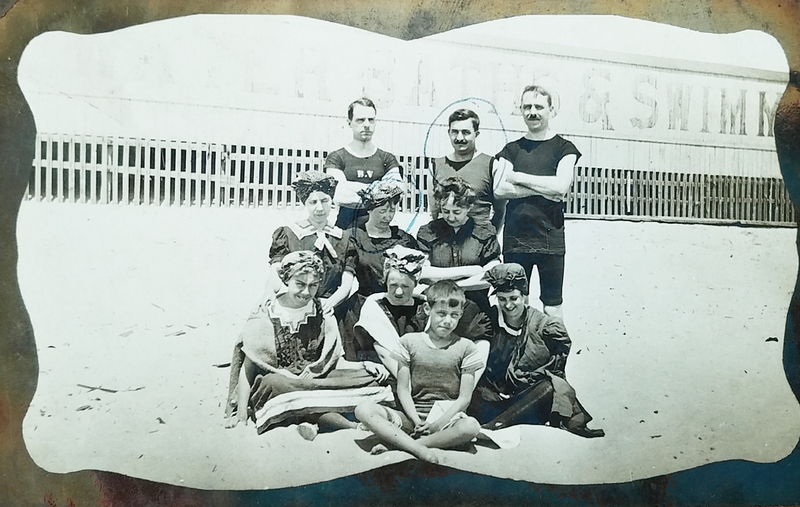