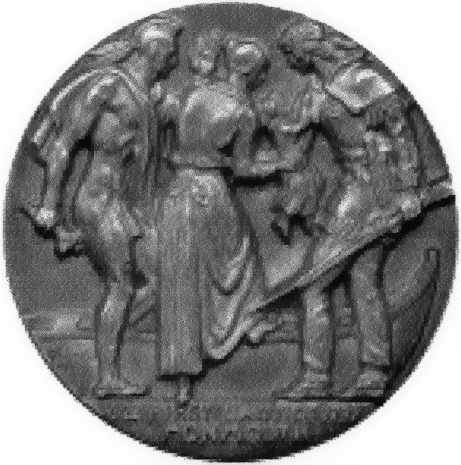 The matriarch of the Stout line in America, Penelope Van Princes Stout, provides our family with a legendary woman in the most literal sense of the word.  Penelope married my 8th great-grandfather, Richard Stout, an adventurer and perhaps part-time pirate. My mother’s maternal grandfather “Doc” Stout traced his ancestry back to Richard and Penelope Stout.

Penelope’s personal story includes a shipwreck, a deadly injury overcome,  capture and rescue from death by Indians, and becoming the “Mother of Middletown New Jersey.”  If you want to see the evolution of the legend, you can read the several versions of the embellished story about the miraculous Stouts on this web page.  However, I found a summary, which I have used below to unfold Penelope’s story by Nick Sheedy of John Day, Oregon. (He calls it notes and conjecture, so do not confuse this story with proof unless documents are cited.)

The Story of Penelope Princis Stout

The condensed version of the dramatic tale starts when Penelope and her first husband, whose last name was something like Van Princes, sailed from Holland for America in 1647. [Alternatively, stories say that her maiden name was Van Princes and her husband’s name was Kent or Lent.  Some other sources reverse the order to the maiden name and the married name.]  Their ship wrecked on a sand bar on the coast of New Jersey, and the survivors all fled, except for Penelope who stayed with her injured husband.

When her husband died,  the unfortunate woman was discovered by Indians.  Those indigenous people, determined to keep the European settlers away from their land, took a hatchet to her and wounded her on the head and gashed her abdomen.  When they left her for dead, she rallied and holding her intestines into her body, she dragged herself to a hiding place inside a hollow tree. There she survived for several days on fungus and berries until a friendlier Indian appeared on the scene and dressing her wounds and her body, took her to his village.  After some time, either he took her north and sold her as a servant or gave her the opportunity to leave and find her own people.

However much of this marvelous story is true, a woman named Penelope does show up up in Gravesend, New York. This colony of English-speaking people existed in the midst of Dutch territory. The first scrap of proof of Penelope’s existence appears in a prosaic 1648 court case in Long Island regarding the milking of a neighbor’s cow.

In Gravesend, Penelope met The adventurous older Richard Stout, perhaps 18 years her senior.  They were married some time between 1648 and 1664, and sailed across the bay to New Jersey. There they settled Middletown (perhaps at the suggestion of her friendly Indian savior who continued to visit her throughout his life.)  She and Richard raised many children and Penelope told her children and grandchildren the story of her miraculous survival and showed them the scars on her abdomen.  They say that the “Mother of Middletown” died at 110 years old and left behind 500 descendants.

What Do We Really Know About Penelope?

Although estimates of her birth year range between 1622 and 1626, her marriage to Richard Stout is tracked although there is no specific record of the event. We know about his will, and that she was still alive in 1705. Unfortunately, despite much speculation, no one has discovered proof of her birth year or the place, or even the name of her parents.

Many of the stories written about her say she lived to 110 years (1622-1732). Although the first such report was published in 1765,  it still does not constitute proof, coming more than 100 years after the events of her early life.

Alas. If you love the legend, you may want to skip the next few entries on Ancestors in Aprons. Sorry to be a spoil-sport, but I am diving into the murky waters of legend and attempting to come up with some facts.

While no solid proof exists for the most dramatic parts of Penelope’s story, records do document the impact of the life of Richard and Penelope Stout and their offspring. They were influential people–ancestors worth knowing.

Next time we meet, I will share the thoughts of Nick Sheedy who has done exhaustive research on the story of Richard and Penelope.   And I will take a look at another amateur historian who contradicts just about every commonly accepted piece of information about my legendary foremother.