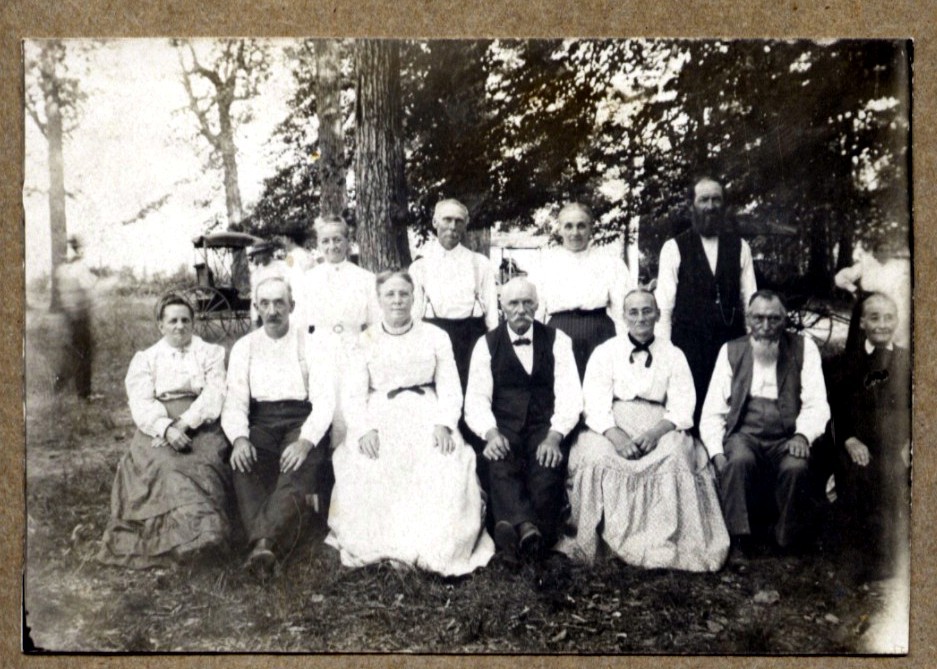 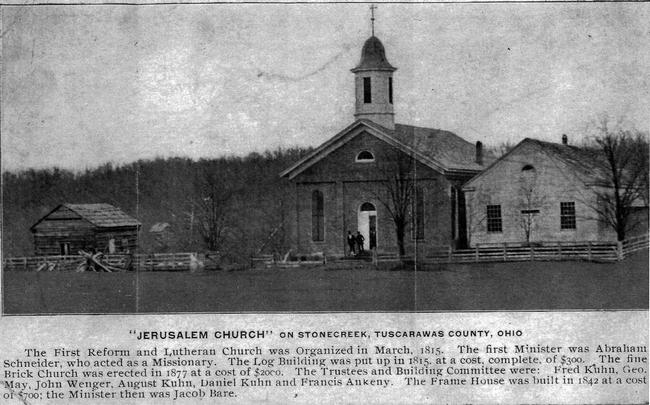 Do I have an ancestor with a birthday or anniversary in October to write about for the 52 Ancestors challenge theme this week? Three close family members–husband, brother and first grand daughter–have birthdays in October. More to the point, the man whose family I wanted to write about today was born in October. How convenient.  If you did not read the sad story of the too-short life and love of Adam Daniel Bair , please go to Helen Stucky Bair Kohler Faces a Challenge.

I am starting a series on the Bair branch of my husband’s family with a look at the family of Adam Daniel Bair, who, it so happens was born on October 30. I’ll start with his father, but the women of the family are the ones who really interest me, so you will hear about them soon.

Daniel is Kenneth Ross Badertscher’s great-grandfather, the grandfather of his mother. Daniel was named for his father, and his middle name is his mother’s surname.  She was Elizabeth Manbeck, and I’ll be pursuing the Manbeck line in future weeks. Daniel Manbeck Bair was born July 3, 1850 in Tuscarawas County Ohio and that is where he spent his life.

His father died in 1869, and the young Daniel worked the family farm with his widowed mother until he married Caroline Limbach in 1874. Caroline’s parents came from Bavaria, and I will be tracing her family in the coming weeks.

When they first got married, Daniel worked as a carpenter, but he turned to farming and that was his life.

Adam would hardly have known is older sister Cora, since she was sixteen years older than he was and she married when he was only five years old. By the time Adam was eleven, his brothers William and Martin had married as well.

A mysterious newspaper article appears on February 28, 1895 in The Ohio Democrat (a New Philadelphia, Ohio newspaper).

Daniel Bair, a young man of this city was taken to Cleveland last week to appear before the United States court on a charge of handling peculiar money.  He was fined $75 and costs which was paid and he returned home.

Strictly speaking, Daniel Manfield Bair did not live in “this city”, since he lived on a farm in a different township.  So, could it be a different Daniel Bair? Or, with another child being born (the last child, Clara was born the year of this incident), did he get involved in a get-rich-quick-scheme? We’ll probably never know.

When the oldest son, Austin, was twenty-three (1900), he was working as a servant for another family, and by 1910 he had been married five years and had a two-year-old child of his own, so he was not around much when Adam was a child.

Bertha had her first child, Florence, in May 1898, but married Peter Beaber in 1899.  Although the 1900 census clearly states that Florence’s birth date was March 1898 and she is two years old, her birth date is changed to 1899 on the 1910 census and all records after that, including Social Security.

Bertha was a bit of a mystery to figure out. Since there is no extant 1890 census for the area, it is difficult to figure out what happened to a girl born in 1881, who could have been married before the 1900 census, the case with Bertha. However, thanks to Ancestry hints and confirmation by tracing her children’s birth records, I confirmed that Bertha did marry a Peter Bieber.

As was common with farm families in those days, the children went to school only through eighth grade at the most. Bertha only got as far as 5th grade and her husband only to 3rd. Instead, the boys worked on the farm or for neighbor families and the girls helped out at home.

The Bair boys seemed to have an entrepreneurial spirit. Austin owned a butcher shop and William was a lumber dealer, after being a coal miner and before working as a farm laborer.  Martin changed jobs from mining to trucking and was a school janitor in his later years. All of the Bair children stayed in Ohio, in Tuscarawas County, except William, who retired to Texas.

The last two children to leave the nest, Adam and Clara, married in 1912 and 1914 (Clara married on October 30, 1914, as it happens).  Daniel and Caroline’s son Adam had been the only one of their sons who set out to follow in his father’s footsteps as a farmer, but he died a year before his father, when he was only 29 years old. Their father, Daniel Manbeck Bair, died at the age of 70 in the summer of 1920. 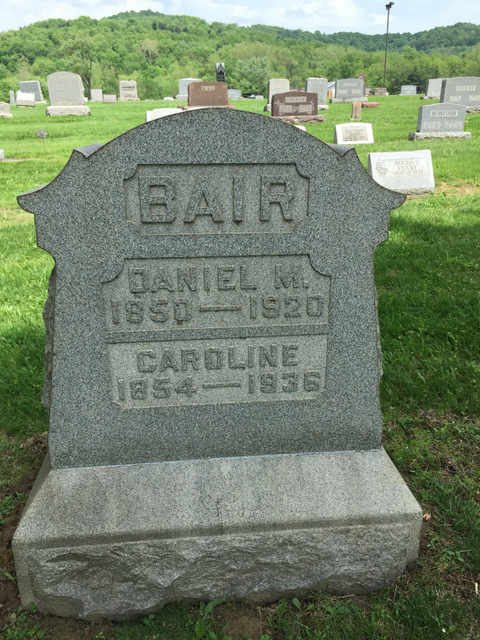