As we learned in the story of John Bent, the first  of the Bent family to arrive in America, his mother, Agnes Bent approached the idea of relocating with caution in 1638.  Her husband Robert had died seven years before, leaving her with enough land and money to support her in her old age. Her entire life had been spent in rural Hampshire County as the wife of a farmer. When Peter Noyes organized a group from Penton-Grafton England to travel to America in 1638, Agnes had reached the age of 68, definitely old age for the 1600s.

And sailing was dangerous.  She had heard the stories of ships lost at sea. She lived inland and she probably had never had reason to be on a boat. The prospect of three weeks or more on the heaving waves of the Atlantic would give her pause.

The marker here shows Penton Grafton’s location in relation to London and the port of Southampton.

For historical background–England was ruled by Catholic King Charles, hated and feared by the reform Christians like those we call Puritans.  The restrictions on religion by his father King James was a motivating factor in the emigration of the Pilgrims to New England in 1620.  Since then, the trickle of emigres had turned to a gusher that we call The Great Migration. Despite the hardships of taming the wilderness in the New World, the prospects seemed preferable to the religious restrictions and the high taxation of King Charles. Civil War was brewing in England. As more English families fled England, the first Pilgrim villages expanded throughout the Massachusetts Bay Colony. 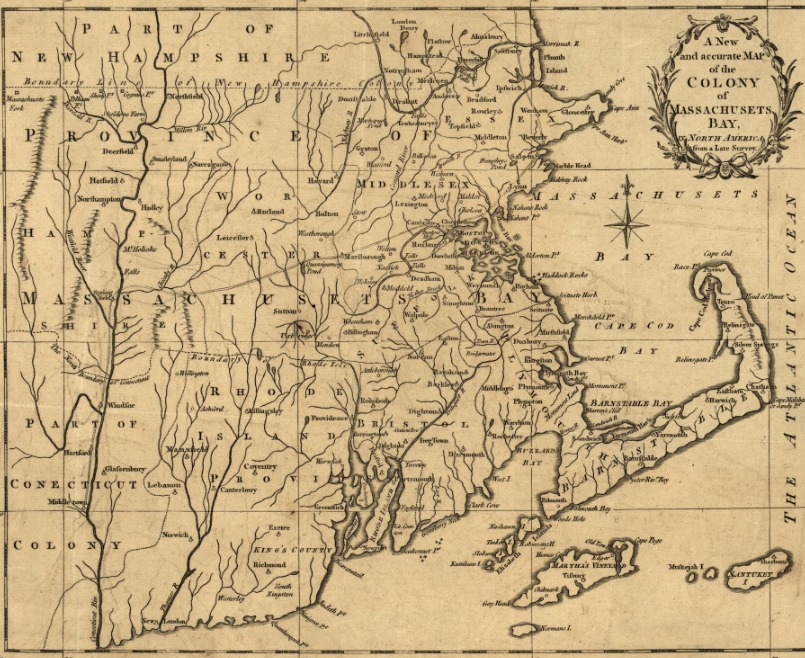 John was Agnes’ only remaining son, and possibly the only child in addition to young Agnes.

Family of of Agnes Gosling and Robert Bent

* Not mentioned in father Robert Bent’s will in July 1631

When her husband Robert died in 1631, Agnes moved in with her son John in the Hampshire village of Penton Grafton. Even though widow Agnes’ son John,  was leaving  England in 1638 with his wife and his five children, she hesitated. However, she entrusted Peter Noyes with 60 pounds to check out the possibilities of settlement and possibly purchase land for her in Massachusetts.

Peter Noyes, himself, had left some of his family members in England, but his first year in America persuaded him that the move was the correct thing to do.  So in 1639, he returned to England to complete selling his property there and to round up his family and book them on a ship with him as he returned to his new home in Massachusetts.

Although the widow Agnes was well fixed, a source reports that there was a “gathering of Christians” in “Sarum” to help raise the passage for  Thomas and Agnes Blanchard. Widow Agnes’ daughter Denys and her husband lived in New Sarum in Wiltshire County, so they may have organized the fund raising.

The younger Agnes, probably the last of Agnes’ children, was baptized in July, 1602.  She and Richard Barnes were married in the township of Weyhill, location of Penton-Grafton, her home town in April 1630. Her son, Richard Barnes Jr., was born before July 1631, as he is mentioned in his grandfather’s will. However, Agnes’ husband Richard did not live long after the wedding. He may have died before Robert Bent’s July 1631 will, since he is not mentioned there and other sons-in-law are. [Note; Several sources claim that the couple had a daughter, Elizabeth, however, I am not convinced.  I will put a short note separate from this post explaining.]

Agnes Bent Barnes did not immediately remarry when her first husband died, but records show she married Thomas Blanchard on May 15, 1637. By the time they were married, the couple must have been thinking about sailing for America.  Agnes gave birth to a child in late 1638 or early 1639, and once the money had been gathered for the voyage, they set sail with their mother and the party of Peter Noyes on the Jonathan.

The departure date April 12, 1639 must have been a day of great excitement as well as some concern. Eight-year-old Richard  Barnes would be filled with excitement. Young Agnes would have been concerned not only for her infant, who was still nursing, but also for her mother, who was not well.  Additionally, I believe young Agnes had the responsibility for the orphaned Elizabeth Plympton, her sister’s child.

Illness and Death Aboard the Jonathan

Near the Bank of Newfoundland, just a few days out, Widow Agnes fell ill, and for the rest of the voyage she was confined to her cabin.  This put an extra burden on her daughter and son-in-law, because the passengers had to prepare their own meals.

The first tragedy began 15 days out. In late April, 1639, the younger Agnes fell sick and died at the age of 37. The passengers on the ship had a meeting and found volunteers to nurse the infant.

The death of young Agnes left the mourning husband, Thomas Blanchard, to care for his wife’s son, Richard, her niece Elizabeth (17), and nephew Thomas Plympton (13) and Thomas Blanchard’s very ill mother-in-law.  Apparently he worked hard at that task and was admired by the other passengers for his care of his mother-in-law.

The Record Left in a Court Case

Thirteen years later, the young boy, Richard Barnes sued his father in law, Thomas Blanchard in Massachusetts court to recover £20 promised him by his mother.

The wife of “Goodman Cook” and  Samuel Hyde, fellow passengers on the Jonathan,testified about Thomas Blanchard and Agnes Bent.  [Note; The ‘weake girl’ must have been Elizabeth Plympton, widow Agnes’ 17-year-old grand-daughter.]

Goody Cook: Thomas Blanchard did wholly take care and paynes with his wives mother all the way over (except some little help some time of a weake girl who was a kinsman of hers) and the old woman what with her age and what with her sickness for she was sick all the way his trouble and payns with her was such that it was unseemly for a man to do but there was no other save that little helpless girle his kinswoman and continued his care and payns with her all the way from London to Nantaskith (Nantucket?)  and anchored there and this deponent came away before she was dead.

[NOTE:  Sue Taggert, a descendent of Thomas Blanchard sent me an email suggesting the reference to Nantaskith probably means Nantasket, a town just south of Boston.  Makes more sense than my guess of Nantucket.  Thanks Sue]

Samuel Hyde: “The old woman stayed in her cabin and never came out. The big girl didn’t do much for the old woman but Thomas Blanchard did much about her.

In fact, knowing that Thomas Blanchard was poor, the other passengers took up a collection to help him.

At some point, the ship’s surgeon was called to assist, but Widow Agnes Bent continued to worsen.  By early May when the ship approached Boston, and her long-awaited reunion with her son, John Bent, she still had not emerged from her cabin.  At last the ship docked and the passengers began to debark.  Then, so close to the new life in the New World, Agnes Gosling Bent died, never having seen the country she sailed to.

Her son-in-law, Thomas Blanchard, took charge of burying her body in the Boston area, and found a home for young Richard with John Bent in Sudbury.

The Costs of a Journey

The passengers enumerated with that receipt are

I am not sure why Thomas Blanchard is not on this list. Peter Noyes later testifies that he paid for the passage of Agnes Blanchard and Thomas Blanchard out of her estate, plus loaned money to Thomas once they landed, so apparently another receipt no longer exists.

A separate accounting gives the amounts that Agnes Bent reportedly paid as £17  for passage plus  £1, 10 shillings for transporting her goods and 10 shillings for the surgeon. (Note: this does not quite line up with the 5 pounds per adult and £2 .5 for a child, nor does it specify for whom she paid, or why Peter Noyes is credited with paying for Agnes Bent’s passage.)

John Bent , son of the elder Agnes, became a leading citizen of Sudbury and friend of another of my great-grandfathers, Samuel Howe.  You can read about him here.

Peter Noyes returned to Sudbury where he was a leader and friend of John Bent the rest of his life.

Elizabeth Plympton, grand-daughter of Agnes Bent, married John Rutter and  lived in Sudbury until she died in 1689. John Rutter was one of the deponents in the Barnes-Blanchard court case.

Thomas Plympton, Settled in Sudbury. Married a daughter of Peter Noyes when he was twenty-nine. Lived in Sudbury until he was killed at 52 on April 29,1676 in the Indian attack on Sudbury part of King Phillip’s War.

Richard Barnes, grandson of the elder Agnes Bent, as mentioned above, first lived with John Bent. Later he had another guardian. When he reached adulthood, he became an important member of his community, married Dorothy Dix in 1667 and started the Barnes line in America.  In March 1652, Richard had filed suit against his stepfather to recover his legacy from his mother. The finding of the Cambridge Court said the jury found for the plaintiff, giving Richard damages of £20 and costs of court–thirty shillings. Thomas Blanchard contested the decision, but the books that relate the details of the case, do not say if his appeal was successful.  Richard moved to Marlborough and lived to 1708, a long life.