Sometimes I follow an orderly path through my ancestors, carefully unravelling my mother’s side, or my father’s. I fully intended to get back to my father’s side in the early months of 2017. But sometimes, despite my best intentions, a family line presents itself that contains so many interesting stories, that I cannot resist stopping to visit a while.  Honestly, I had not intended to visit the maternal Puritan-era line of the Bent family.  After all, in 2014, I had pursued the wonderful early Colonial and Revolutionary period stories of the Howe family in Sudbury Massachusetts. I thought I had “done” New England Puritan villagers. But apparently not.

A Howe relative on Facebook recently mentioned visiting a 14th century churchyard in the village of Penton-Grafton in Hampshire County, England.  She saw a gathering of graveyards for the Bent Family.  I recalled that although I had spent months poring over the Howes, I had never looked into the family of one of the Howe wives–Martha Bent. And I was off to the races.

When I wrote about Samuel Howe, the first How/Howe to settle in Sudbury Massachusetts, and the first tavern keeper in the family, this is all that I said about his wife:

Perhaps because it is March, Women’s History Month, I felt guided to write about a female ancestor and her roots. Perhaps I just discovered some “low-hanging fruit” in the family history search.

As I started looking for clues to Martha’s family, I found an amazing book. Published in 1900, “The Bent Family in Ameria, Being Mainly a Genealogy of the Desendants of John Bent Who Settled in Sudbury Massachusetts in 1648,” it grabbed my attention. The author, Allen Herbert Bent not only had a flair for telling a story and painting the backdrop of the Bents, he also carefully documented the facts about his (our) family. That careful sorting of truth from legend makes the book stand out among the multitude of family genealogies that were so popular around the turn of the century.

The Bents lived in interesting times–as did the Howes.  They escaped a native land in uproar, and arrived to work hard carving farms and civilized towns out of wilderness. John Bent, his wife and the five children who sailed to Boston in 1628, plus the two children who were born in Sudbury, lived through chaos. First the Indian Wars, while they were trying to invent government and organized religion on a new world. Their male grandchildren marched with local militias under the British. Their male great-grand children fought in the Revolution and later fought in the French and Indian War. From the time the family first arrived, members kept moving to new territory in order to have more room for their enterprises.

My 7x Great Grandmother, Martha Bent How, the baby of the family, started life in Sudbury. She gave birth to seven children there after her husband settled on the land gifted by her parents. Among them, David, my ancestor who founded the Howe Tavern (Longfellow’s Wayside Inn) next to youngest, was only six when his mother died. 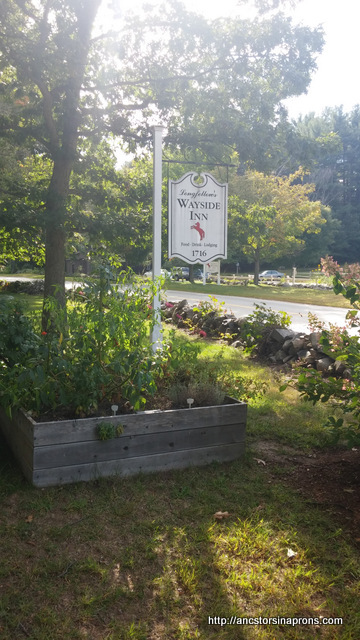 After introducing Martha, I intend to talk about each of Martha’s brothers and sisters–as much as I can dig up about them, and then move back to her parents, and sketch the early ancestors from England. Stacks and stacks (virtual and concrete) of fuel the flow of stories.

A Few of the Stories to Come

Oh yes, I think the Bent Family will keep us entertained for a good while, now.

Update: For a complete guide to all the articles I have written about the Bent family, go here.