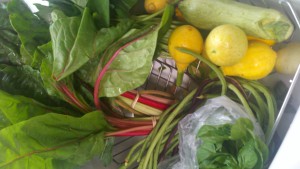 Rainbow chard and other veggies from farmer’s market

In the early 1940s, my parents rented a house in New Philadephia, Ohio, where my father had found a job with the WPA. They had a big lawn in the back, and they turned it into a victory garden.  When I found some lovely chard at the Farmer’s Market, I thought that was probably one of the vegetables they grew.

So I set out to find a vintage recipe for chard. Unfortunately, chard doesn’t show up in any of the 1930s or 1940’s cookbooks I checked, except sometimes lumped with other greens and always called Swiss Chard.  But the most promising source for vegetable recipes from the era (and for today) is the booklet called 250 Ways to serve Fresh Vegetables, published in 1940 by the Culinary Arts Institute of Chicago. 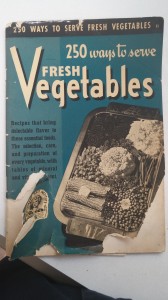 Although chard was not one of the 250–a recipe for an egg sauce for spinach would do just as well. And I liked that it uses white sauce, which I argue is the first thing that any newcomer to the kitchen should learn to make, for its versatility.  Adding hard boiled eggs adds nutrition and some interesting texture to the creamed chard.

So I cooked some eggs and stuck them in the fridge to use the next day in the planned chard with egg sauce.  Best laid plans…..When I took the eggs out, they were NOT hard cooked–but still runny.  I don’t know what went wrong, but they went into the trash, and I served the chard with a plain white sauce instead.  And it was delicious anyhow. 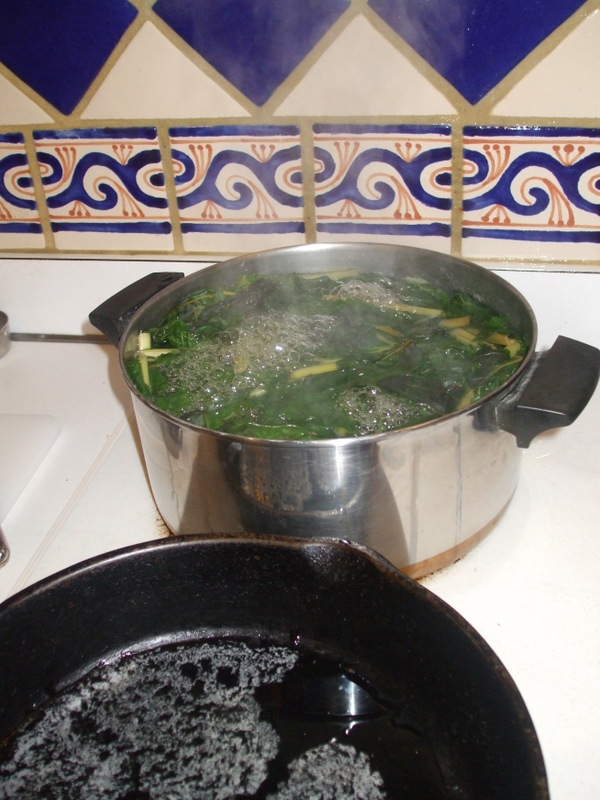 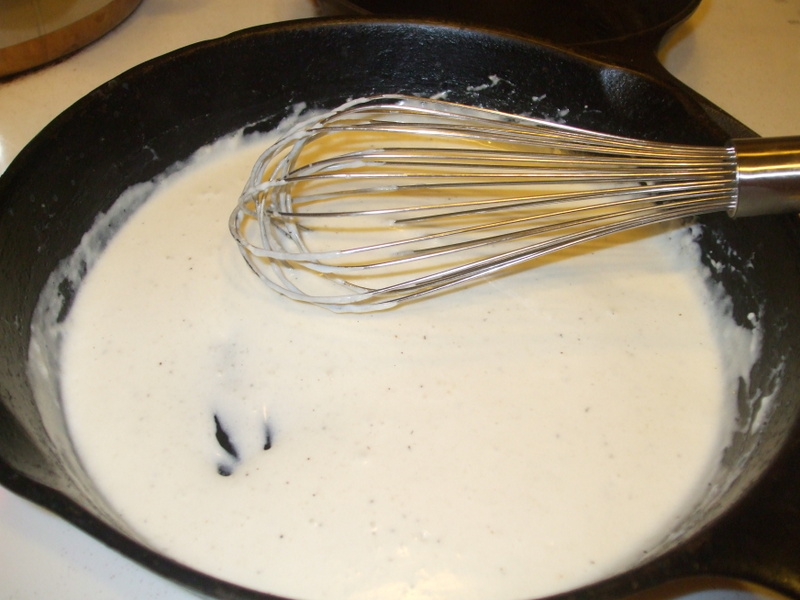 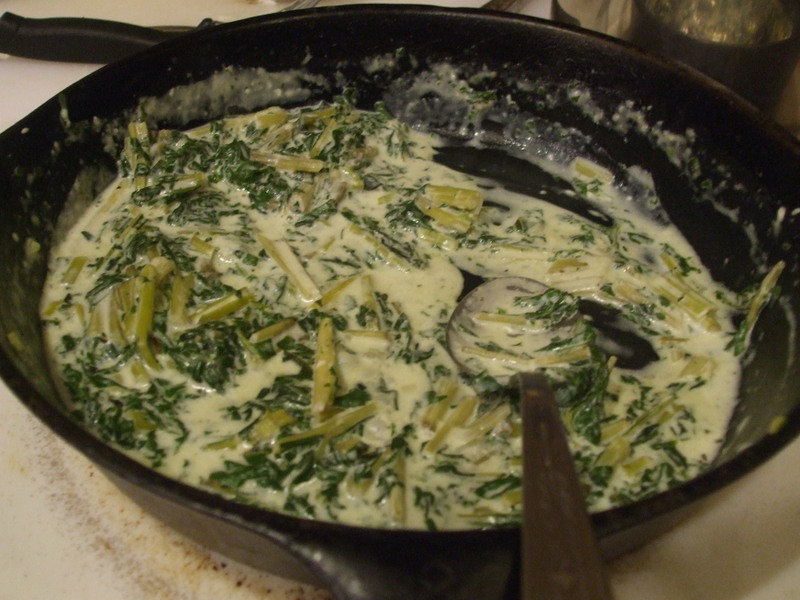 I have to admit that I’m kind of a snob about doing as little as possible to vegetables, so while many people swear by creamed spinach, I generally prefer my greens boiled or sautéed with a bit of seasoning and maybe some bacon. But I’m a convert. Love this recipe for creamed chard–and next time I’ll make sure the eggs are hard cooked. 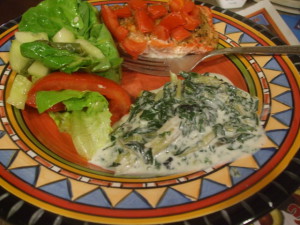 Tasty Creamy Chard is a good way to get even non-greens eaters to get their vegetables. Adding hard cooked eggs to the sauce adds texture and nutrition.

The cooking time for the chard will vary depending on how large it is.  Younger chard with thing stems cooks up best. Older chard with very wide stems may continue to be fibrous even after cooking.

This can be made without the eggs as a plain white sauce.