Recently, I posted on Facebook a picture of a loaf of bread that I made with a recipe from Ken’s maternal grandmother, Helen Kohler. Bless Social Media. The picture of the loaf of bread led me to a batch of Chocolate Drop Cookies.

Do you remember the 3-way bread recipe that I published nearly 3 years ago? Check back to see the recipe that can be used for free-form bread, rolls, or coffee cake. Later I used an adaptation of the recipe to make Swiss New Year’s Bread. Last week I used the same recipe to make two loaf pans of bread. So now it is a 5-way recipe! This is still my favorite bread recipe. Thank you Grandma Kohler. And thank you Kay Badertscher Bass for passing the recipe on to me.

And thanks to Facebook for allowing this conversation between Ken’s cousins, reminiscing about their Grandma’s cooking. Someone mentioned Chocolate Drop Cookies that Grandma kept in a big blue enameled pan. Several others remembered them. Then Beth posted the recipe card. She didn’t remember where she got it, but it is labeled “Grandma Kohler,” and meets the criteria that everyone remembered of the Chocolate Drop Cookies that Grandma frosted with confectioners sugar.

I cheated a little on the authenticity of my husband’s cousins’ memories. I frosted half the cookies in a simple confectioner’s sugar white frosting, and half in the same frosting with cocoa powder added. Apologies to Grandma Kohler, but I never get enough chocolate.

In the recipe below, I have expanded on some of the sketchy directions, but stuck to the recipe. They bake up puffy and soft and they are unlike any cookies that I have made before. I am so grateful to Kay for sharing the post on Facebook and thus starting the conversation, and for Beth providing the precious recipe. 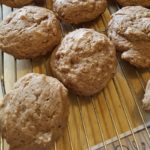 When sour milk is called for, you can use regular whole or 2% milk and add vinegar.  For 1/2 cup sour milk, add 1/2 Tablespoon of vinegar to the 1/2 cup milk and let stand 5 minutes.  If you do not want to bother with this, it is perfectly acceptable to substitute 1/2 cup of sour cream or buttermilk. Plain yogurt will work as well. Just be sure it is not flavored. Melting chocolate. The chocolate will melt more quickly and evenly if you chop it with a large knife before melting. I do not have a microwave so I had to come up with a different way to melt chocolate.  I put the chopped chocolate in a small pyrex dish and set it on top of my electric stove where the hot air from the oven comes through.  This recipe calls for such a small amount of chocolate that it melts very quickly.

Now that I am well stocked with cookies, I need to get back to the complex research of Obadiah Stout and his family’s wanderings through the west. See you next week. 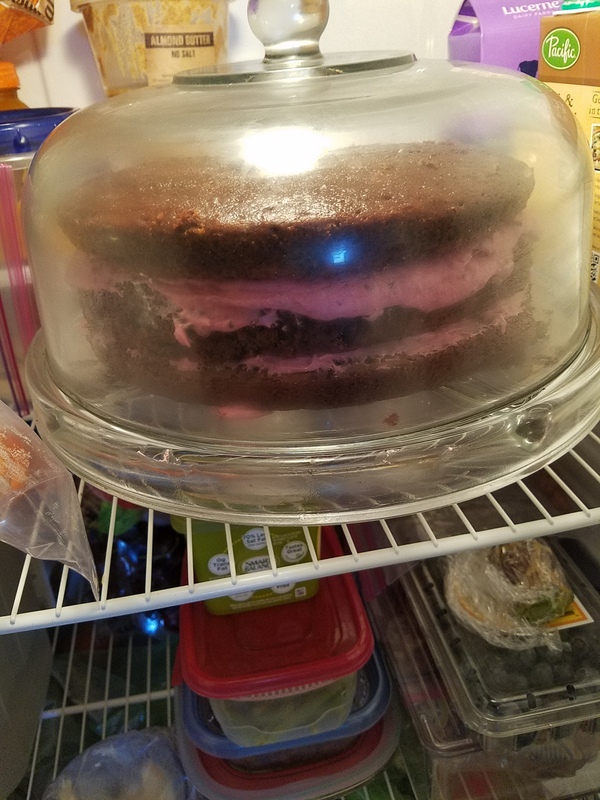 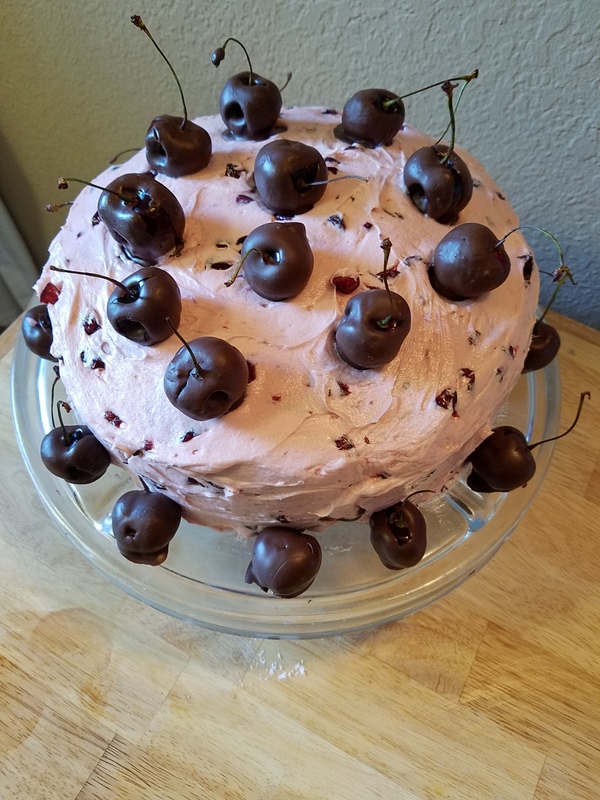 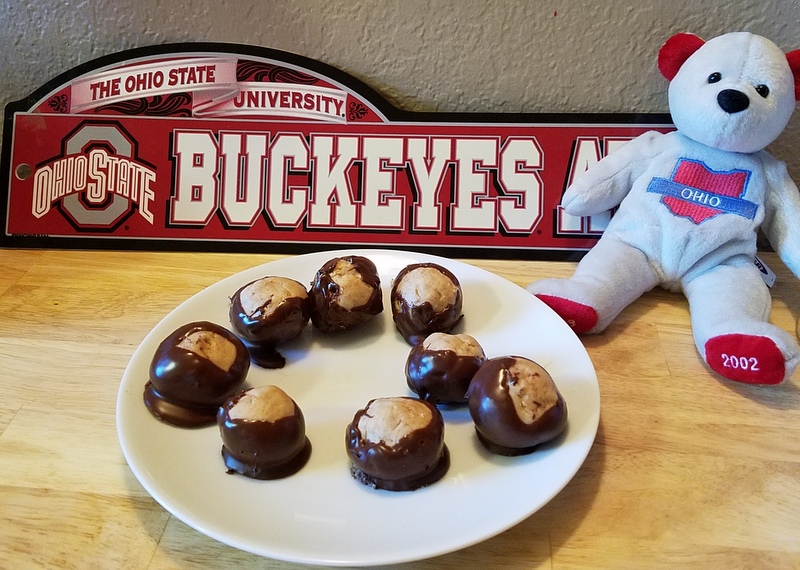 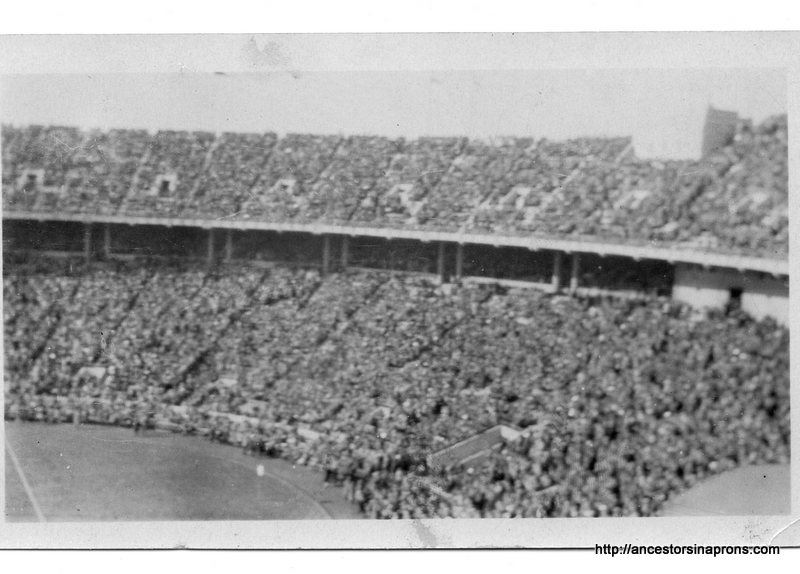 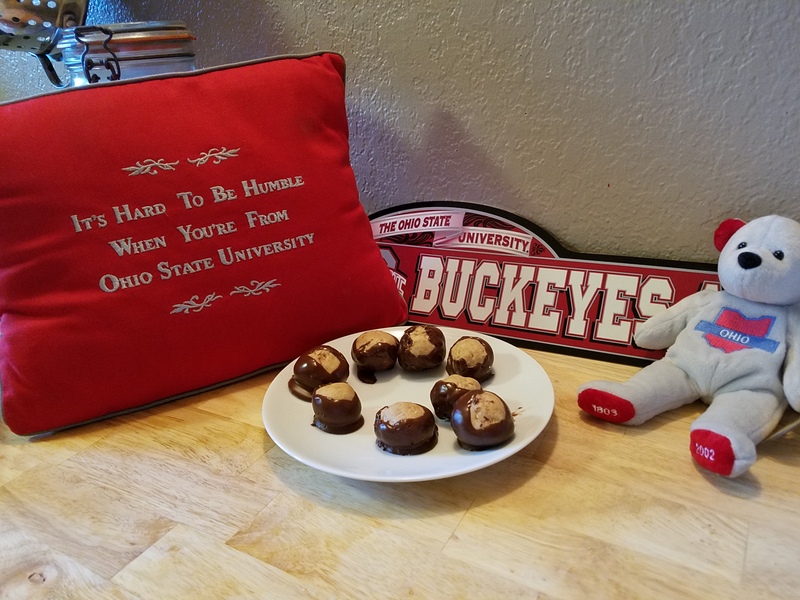