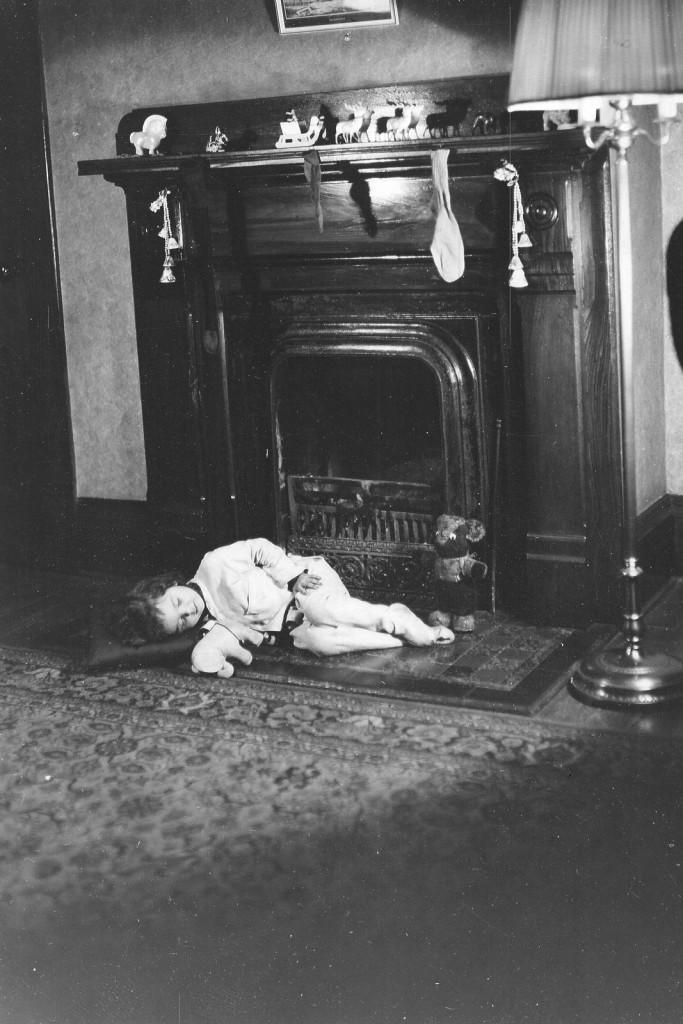 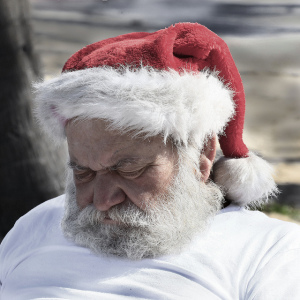 Have a Happy, Merry, Peaceful, Fulfilling –whatever it is you are celebrating.

from A Traveler’s Library and

And may you catch Santa coming down the chimney before you fall asleep.

I can’t help looking at interesting details that reveal how people lived back when.  In this photo, taken in 1943 in New Philadelphia, Ohio, you may notice that the stockings on the chimney are REAL stockings–not fancy crafty ones. I remember the sleigh and reindeer which came out every Christmas until after I had graduated college and left home, and the rather art-deco-ish horse stands on top of my curio cabinet even now .

The Teddy bear standing by the fireplace is one of those old ones that was stuffed with something like straw–the original Teddy. Love the retro lamp which doesn’t even look old, since retro has come round again. Finally, the blanket sleeper. How I loved those heavy, cozy one-piece sleepers.

The ancestors and I are taking a break. We’ll be back in 2014 with a whole lot of BRAND NEW OLD STUFF. See you then.

Still baking? See a month of Christmas cookie recipes at Ancestors in Aprons.