Although she did not generally get fancy with vegetables, my mother Harriette Anderson Kaser, nearly always took canned beets and made a delicious sauce for them.  I later learned the beet recipe was called Harvard Beets, but I never really knew what it had to do with Harvard. Nor did I know where she got the idea for the sweet and sour sauce, although I know that my grandmother, Vera Stout Anderson liked to make things with sweet and sour sauces.

Thumbing through a bunch of old pamphlets and booklets and mother had collected, I discovered one that might have been her inspiration. 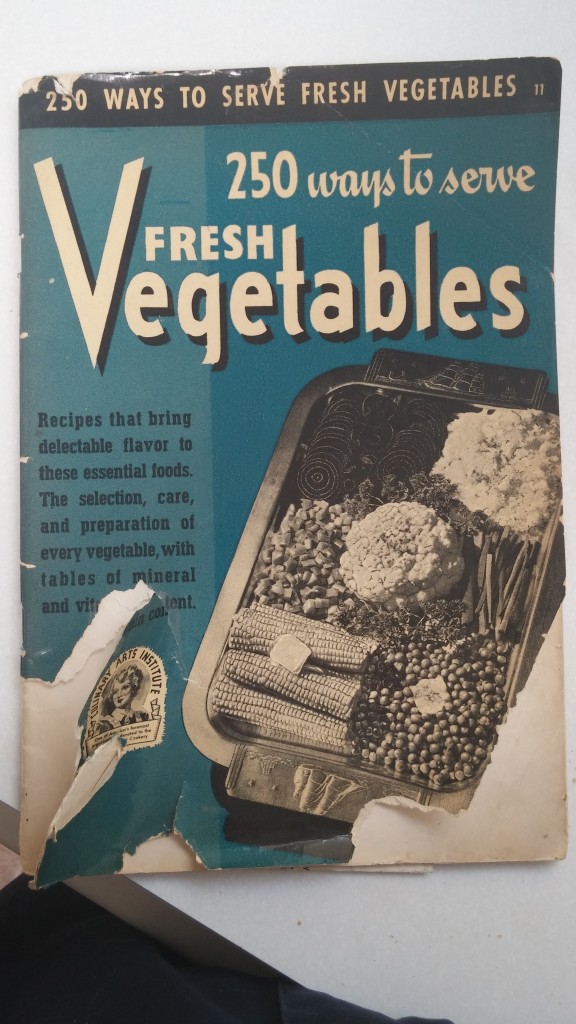 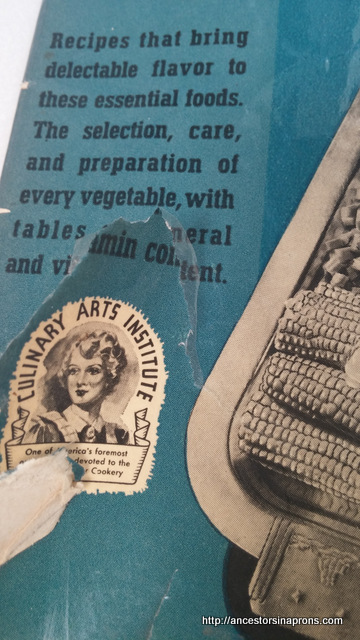 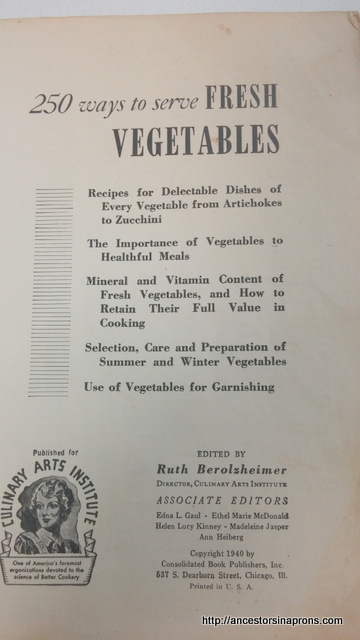 In 1940, the director of the Culinary Arts Institute “One of America’s foremost organizations devoted to the science of Better Cookery’ [Their capitalization] published booklets to encourage Americans to eat their vegetables.  Since the government was encouraging Victory Gardens, there no doubt was a need to help housewives figure out what to do with all that produce. 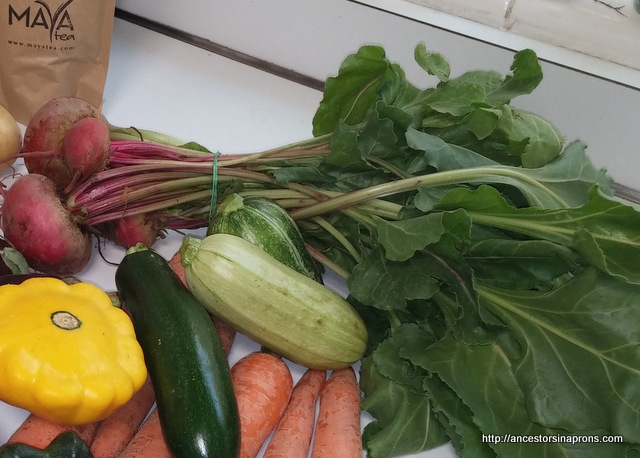 My own haul from the local Farmer’s Market, including beets, squash and carrots.

Beets, once thought of as food fit only for fodder for pigs, had finally earned their place on American dinner tables. THe 1940 “250 Ways to Cook Fresh Vegetables” includes ten recipes for beets, including both Harvard Beets and Pickled Beets. My own family’s favorite beet recipe is Pickled Beets and eggs, which I shared with you when I was talking about Thanksgiving Recipes last year.

Fifteen years before the C.A.I booklet, The Home Maker’s Cooking School Cook Book  in addition to general cooking instructions, only came up with one beet recipe: pickled beets.

Writing about his turn-of-the-century restaurant Rector’ s in New York City, George Rector in 1928 had one beet recipe which he called “Beets, Home Style.” He combines pickled and harvard styles into one recipe, by adding cloves to the sauce.

Interestingly, none of these cookbooks address cooking the greens, and I did not realize that beet greens are delicious until a couple of decades ago. I prize a big generous bunch of leaves with a bunch of beets like those in the picture above. They are milder and cook more quickly than most greens. A little butter and salt and pepper and they’re great!

But I digress.  All the cookbooks agree on the ingredients for the sweet and sour sauce that is sometimes called Harvard.  I chose to cook the Rector beet recipe, only adding some water.  My beets (which look red in the photo above) turned out to be heirloom white beets which is why they look pale in the photo below.

Oh, and if you read all this way to find out the origin of Harvard Beets–I never found out.  Even Yankee Magazine  admitted not knowing for sure, although there do exist some lame theories.  For a complete history of the evolution of beet dishes, and some very interesting recipes including a beet recipe for cake (!), see the Food Timeline. I say eat them and enjoy them, to heck with the history.

I am giving you both the Rector Home Style Beet Recipe and the Culinary Arts Institute Harvard Beet recipe, so that you may compare and choose. By the way, feel free to use canned beets. I do not recall mother cooking fresh beets, and this sauce adds zip to the canned product. 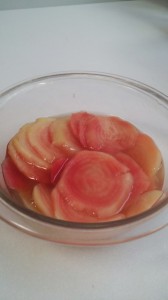 The Rector Cook Book which reproduces recipes from a very famous turn of the century restaurant in New York City, calls this "Beets, Home Style." Their recipe does not call for any water, but in my opinion, it is too strong without a little water in the sauce. I used the recipe with four medium sized beets, but there would have been enough sauce for twice that many beets. 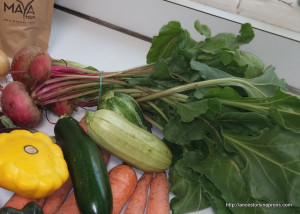