The McDowells are a close and numerous clan who still have gigantic family reunions every year in Glenmont, Ohio.  At some point they published a cookbook, and Joann mined the cookbook to give me two of her mother’s recipes, one of which I’m attempting today. And attempting is the key word. 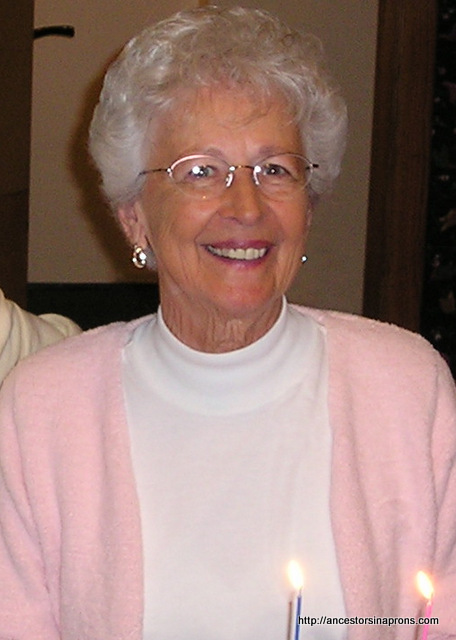 Jo Ann Anderson Yoder in 2006. In a time-bending trick, you see her here older than her mother was in the picture below.

I have often thought about the tough life that Aunt Pauline had, but she struck me as being all about perseverance.  I remember visiting the family on their farm, and being treated to a big meal. 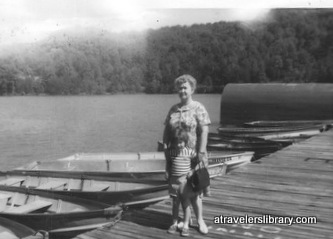 Pauline Anderson with her grand daughter Michelle in 1961 on a family outing to an Ohio lake.

Pauline had a reputation for being a good cook, and with my five cousins to feed, I’m sure she did a lot of cooking. I don’t recall eating her date pudding in those days, or know when she started making it. I don’t know for sure when dates became widely available in stores in the United States, but I have a theory.

The California date industry got going in the 1920s, but I think the craze for dates (and Palm Trees and many other exotic things) got going in the late 40s and early 50s–the post war boom.  People were traveling and discovering new things, feeling expansive with the end of the war. Although I don’t find date recipes in the 1920’s cookbooks I have, they do appear in the 1950’s.

This recipe for date pudding looks so simple.  When I followed it exactly I got a mess.  The cake rose quickly, spilled over the edges of the pan, and then sunk in the middle when I took it form the oven, almost burned on the top and still gooey in the middle. 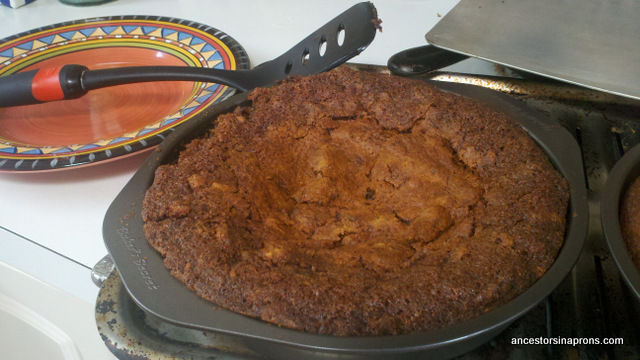 Then I turned it out of the pan, and got this kind of bowl-shaped thing. 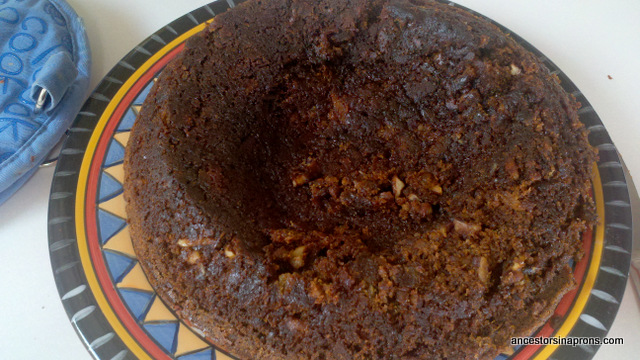 Date Pudding: Turned out of pan–what a cavity

(By the way, it tastes great–just looks awful).

But I channeled Aunt Pauline’s perseverance and tried again. I looked for recipes that were similar to see what might be slightly off.

This time I got a perfectly photogenic cake–but that’s the catch. 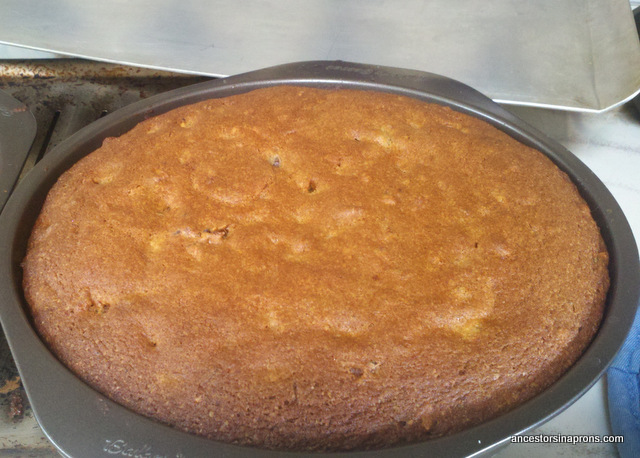 It is definitely a date CAKE, not a date PUDDING. Not a bit gooey.

In order to apply good scientific method, there should really only be one change in each attempt.  Perseverance I might have, but not patience.  If I get up the energy to try it a third time (and can find some taste testers) what do you think I need to do to replicate Aunt Pauline’s date pudding?

Jo Ann, when you read this–will you please leave a comment down below and tell me what you think I’m doing wrong? What consistency was Pauline’s date pudding–quite moist, I assume? (Larry or Herb, feel free to chime in about your memories of your mom’s date pudding.) Anybody else have suggestions? 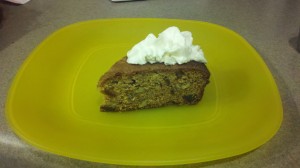 JoAnn says, "In recent years I've had this served a different way. They break the baked
cake into pieces and layer it with the whipped cream, topped with a
Carmel sauce. Either way it's delicious."