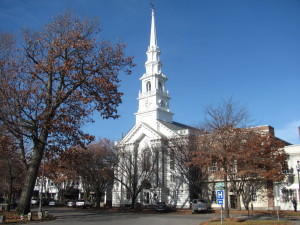 In 1826,  William Bassett and his wife Elizabeth Stone Bassett and their five daughters packed up a wagon in Keene, New Hampshire, and headed out for the new settlement of Keene, Ohio. It had been two centuries since the first William Bassett arrived in North America. Both pioneering families–the Bassetts and the Stones had spread throughout Massachusetts and into neighboring states by the 1800s. 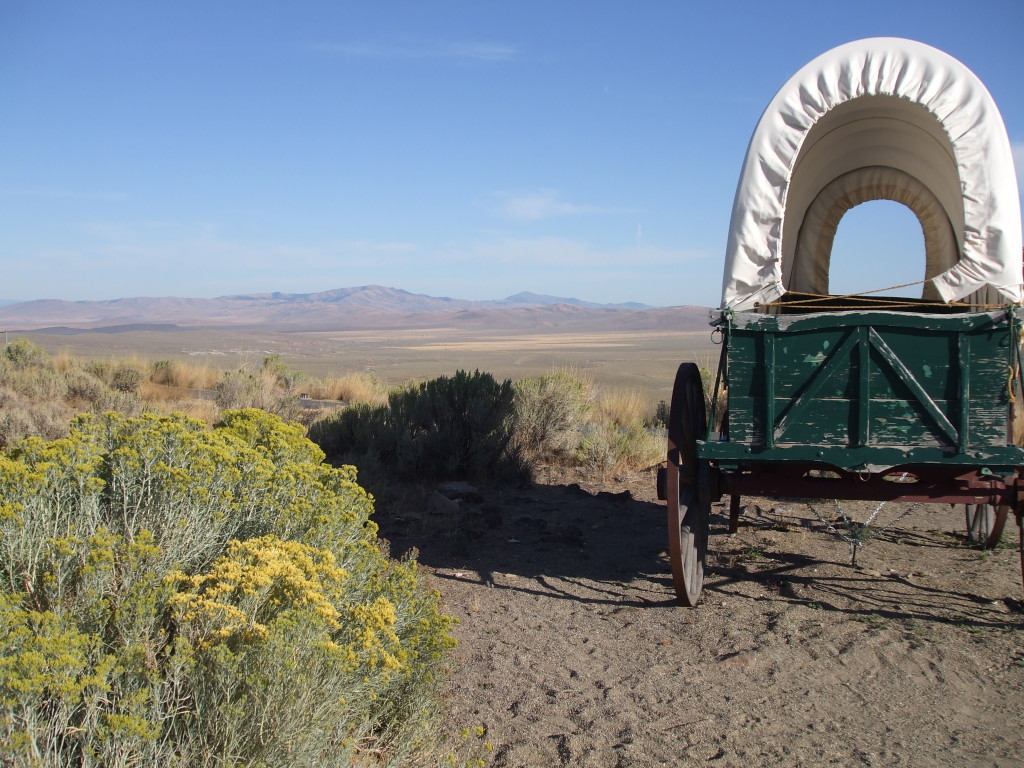 A Stagecoach going West. Photo by the author.

My 3rd-great-grandfather, William Bassett, who was in a sense a pioneer when he settled in Ohio, actually came along SIX generations after the real pioneer William Bassett,–a member of the Plymouth Colony who arrived in 1621. (Why he wasn’t stepping ashore at Plymouth Rock in 1620 is another story for another day.) Ironically, I have far more information about the men on either side of this William than I do on William himself.

What persuaded William to move his family to Ohio? Was it a worthwhile move?

Click here to see the journey. (At least the start and end, since I’m not sure what roads and boats were available to them.) 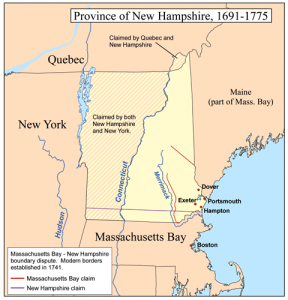 Keene NH lies in the southwest of New Hampshire, in an area that was once disputed territory, with first Massachusetts and then both Vemont and New York claiming it.

Samuel Bassett, who had been born in Norton Massachusetts, lived in Keene ,New Hampshire when he enlisted in the colonial army in 1775. He married William’s mother, Martha Belding in Swanzey, a smaller town just slightly south of Keene, and William was born in Keene in 1779.

During the period between 1750 and 1790, WIlliam’s family in Keene had been subject to constant fighting about overlapping claims of three states. At first Vermont was considered part of the colony of New Hampshire. The New York claims to territory west of the Connecticut River spurred the formation of the Green Mountain Boys, led by Ethan Allen, to protect those settlers in what were known as New Hampshire grants.

Once New York was discouraged from poaching land in the New Hampshire grants, Vermont and New Hampshire fought over territory, and the people of Keene wished to stay with New Hampshire.

The War of 1812 was demoralizing to the people due to disagreements about support of the war. Morality campaigns began to encourage those who had begun to ignore church. The town fathers felt it necessary to appoint tythingmen to insure that people paid to support the churches and remembered to attend churche on Sunday. William’s father Samuel, was appointed one of the first tythingmen in 1814.

Keene, New Hampshire in 1826 was a thriving community, growing fast, with many schools, churches, a new hotel, businesses of all sorts. It had recovered from the Revolutionary War and even held theatrical performances.  The most promising new mode of transportation was by steamboat on river and canal systems, and a company formed to finance locks along the Connecticut River.  One of the committee was a Belding (related to William’s mother.)

But despite all these signs of a healthy community, religion continued to divide people, which may have triggered the exodus of so many citizens for Ohio.

A group split off from the town-supported Congregational Church, forming a Unitarian Church. The town continued to tax everyone to support the church, despite protests from those who no longer attended. (Separation of church and state, anyone?)

By the time that William and Elizabeth and their girls traveled to Ohio, it was no longer a territory–it was a state. (I am saying five girls, because although some people say there is a sixth, .  Based on the 1810 census, there might have also been a boy who died in childhood.) [NOTE: After I wrote this, I found the sixth daughter, Harriette.  See Questions for Elizabeth Stone Bassett.]

The enterprising New Hampshirite who founded Keene, Ohio ( in Coshocton County) in 1824, was betting on the future of the new western state. The Erie Canal was being constructed through Coshocton County between the middle of the 1820s and 1830–and there were great expectations of the wealth this new transportation corridor would bring. When the community was founded, Holmes County had not been split from Coshocton, and boosters of Keene thought it would make a dandy site for a county seat. However, when Holmes County was split off, that no longer was an option.

Although it was adventurous to leave one’s native New England, it was comfortable to be traveling with numerous families who came from the same town. There are several Bassett families that show up in the history of Coshocton County, including an indication that William’s brother Nathan may have moved at the same time as William. Some others may have been relatives.

Within a very short time of their arrival, William’s daughter Mary Bassett had established her own school. It was short lived, since she was 16 when she arrived in Ohio and married at 19, when she moved to Holmes County. In short order the new immigrants to Ohio built churches and the Keene Academy. Among the churches was the Keene Presbyterian Church where several members of the family are buried.

The Family in Ohio

Within three years of their arrival in Keene, Ohio, William’s wife Elizabeth died and the three oldest daughters–Eliza (Emerson), Martha (Smith) and Mary (Platt,2nd- Morgan) were married. Eliza wound up living with a son in Kansas; Martha moved to Iowa and the next daughter, Sarah, never married. Sarah lived with her sister Lura, who had married a Stone (perhaps a relative of her mother) in Killbuck Ohio, and moved to West Virginia before moving back to Guernsey County. Mary, as we have seen, moved to Killbuck in Holmes County.

William himself died in 1833, just seven years after the big move from New Hampshire. Hardly long enough to establish himself in his new state, although his move was one more step in the westward movement of the family.

William and Elizabeth lie side by side in the Keene Old Presbyterian cemetery. 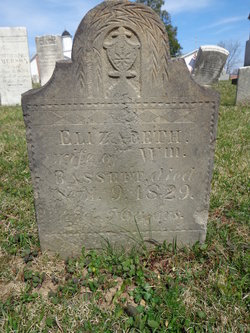 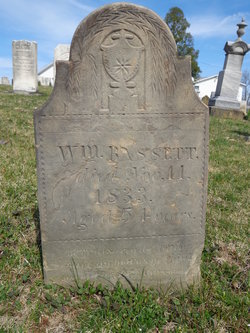 Gravestone of William Bassett in Keene, Ohio. Photo by Todd James Dean at Find a Grave.com