Today a program on Public Radio featured this year’s nominees for the Grammys.  Nothing makes me feel older and more out of it, than hearing the names of  wildly popular, hot new musicians. I realize I don’t have a clue who they are or what type of music they produce.

But I pulled myself out of my funk by realizing that for all my ignorance of contemporary music, my children and grandchildren probably are similarly clueless. What do they know about the music of my youth?  Yes, there was music before MP3, streaming, or even before CDs!

As a child, the cheerful nonsense verse of the Depression and World War II hung on, and I would sing “Marzy doats and Dozy coats and Little Lambseativy” with my father, giggling all the way. (Trans.: Mares eat oats and does eat oats and little lambs eat ivy).

Growing up I learned to love my parents’ eclectic set of 78 rpm record albums.  As a teen, I added my own more modern music, but never lost my appreciation for the records of my parents and never looked down on their choices–most of their choices, at least. 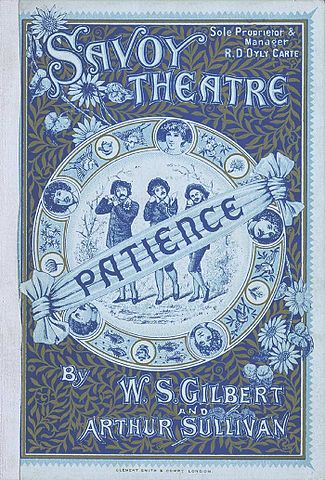 Poster for Gilbert and Sullivan’s ‘Patience.’

For instance, Mom and Dad had several Gilbert and Sullivan operettas. To this day, I love the word play and can sing along with many of the songs.

“I am the very model of a modern Major-General,
I’ve information vegetable, animal, and mineral,”

They also had various classical albums that I remember listening to while I was in grade school.  My father took me to see José Iturbi, Spanish pianist in a Columbus Ohio concert when I was about ten.  I was as star-struck as my grand-daughter might be going to a Beyoncé concert.

Side Note: In the 1940s through 1960s, people still considered music education an essential part of a child’s growing up, and everyone I knew took piano lessons if their parents could afford it.  Likewise, although I went to a tiny high school, we had a school band, a boy’s chorus, a girl’s chorus and a mixed chorus. 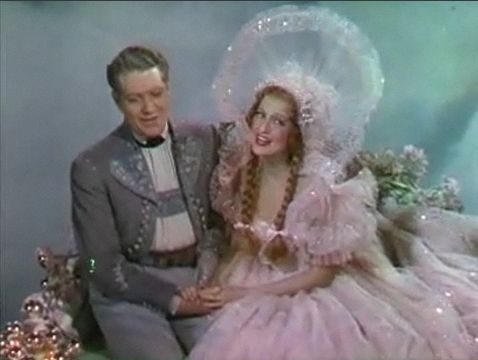 The operettas sung by Jeanette MacDonald and Nelson Eddy (and anything  that Victor Herbert wrote) stole the hearts of Americans in the late 1920s through the 1940s, and my parents owned those records, too. I drew the line at the syrupy songs of that period.

When I was in college, I know that my parents had quite a few albums of jazz, but I was too busy with college to pay attention to exactly which ones they had. But I do know that when I got married, an album by Dave Brubeck was the one of the first to be added to my own collection, and I have been a lifelong fan of all jazz.

The exception to accepting rather than disdaining my parent’s musical choices (Besides MacDonald and Eddy) would be the old folks’ Saturday night viewing of Lawrence Welk playing polkas and oldies.  I did agree on one of the family’s favorite entertainers from that period, Victor Borge. He never failed to crack us up, while providing a fresh look at the classics. And Grandma (and everybody) loved Liberace, who sold classical music by mixing it with plenty of kitsch.

Although future generations may have heard of some of the musicians I name in this article, I probably can stump them with my Junior High hearthrob. I fell hard for a singer named Johnnie Ray.  He was known for singing sad songs–“Cry Me a River,” “The Little White Cloud that Cried,” and the very romantic “Walking My Baby Back Home.”

Ironically, since I was not a big fan of Rock ‘n Roll, many, including Tony Bennett, have said that Johnnie Ray was a precursor of Rock and Roll.  Even Ringo Starr reportedly said that the three singers the Beatles listened to early on included Johnnie Ray!

Totally star-struck, I attended a live concert by Johnnie Ray in Cleveland in 1952 and joined his International Fan Club. The crowds of squealing girls who greeted him echoed the earlier Frank Sinatra sensation and the later Elvis and Beatles mania. My attempt to start a fan club in Killbuck, Ohio didn’t catch fire, but I collected various fan memorabilia and mooned over Johnnie for a couple of years.

Every generation finds a particular music that forms the soundtrack for its high school years. In their adulthood, that music generates nostalgia. My generation–the early to mid-1950s–saw a radical shift from the mellow crooning of Frank Sinatra, Bing Crosby, Eddie Fisher, Patti Paige, Rosemary Clooney and others to the electricity of Elvis Presley and the birth of Rock ‘n Roll.

I distinctly remember Rock Around the Clock (1954) by Bill Haley and the Comets and Fats Domino’s Blueberry Hill (1956). I had the sensation that pieces of music like these would change the whole musical world. And they did. Besides, in northeastern Ohio, we were close to the source of the excitement. Disk Jockey Alan Freed from Cleveland gets credit for being the first to feature and promote the new form–Rock and Roll. Of course it helped that parents thought it was despicable and dangerous music.

Not so incidentally, we knew what songs we should be listening to by listening on the radio and watching on TV (1950-1959)– “Your Hit Parade.” (The Grammys did not exist until 1959) The Wikipedia article on the Hit Parade refreshed my memory about some of the musicians, but it does not mention Rosemary Clooney, who along with Giselle MacKenzie is the one I remember the most. 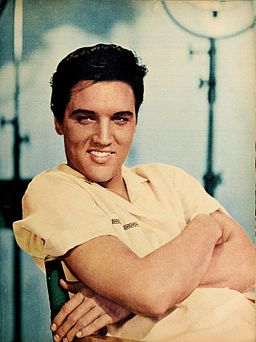 Elvis Presley became the heart-throb of my high school girlfriends. Elvis’ first big hit, Heartbreak Hotel dominated the airwaves in January of 1956, the year that we graduated from high school. Some of my friends no doubt dreamed of Elvis as their date for the prom. After all, at just 3 or 4 years older than us, he understood our generation.

Confession time: I never liked Elvis, and I never became a big fan of Rock. When I whined to a friend that I wanted to listen to meaningful lyrics and hear a tune, she replied that she wanted something she could dance to.

In another conversation with friends, we argued about Patti Page. He thought her music excelled. I judged her based on a nonsense song, “How Much Is That Doggy In the Window.” It must have been the country edge to her songs. Peggy Lee’s bluesy jazz appealed to me more.

The music world was moving to Rock ‘n Roll. Nevertheless, some of the earlier stars continued to have hit songs and from the fifties into the sixties, we (some of us at any rate) continued to listen to the gentler styling of Doris Day, Johnny Mathis, Rosemary Clooney, Patti Page, Dean Martin, ‘Frankie,’ Perry Como. The choral music of Mitch Miller was also popular in the 50s and 60s–although not so much with the youngsters. You could find a variety show with popular musicians nearly every night of the week on television.  TV introduced new musicians, and radio disk jockies helped popularize them. Ed Sullivan introduced Elvis Presley to the nation, and later introduced the Beatles. But as Rock prevailed, live concerts became more important than TV as a medium for artists.

So, even though I may not know who the Grammys are going to in 2017, I definitely could have told you in 1954 who would be on Your Hit Parade that week. I collected 45 rpm records–little disks about the size of today’s CDs.  With high school graduation money, I purchased a portable 45-record player to take to college with me. It, and the 45s I played on it–Eddie Fisher, Johnny Mathis, etc.–are long gone. But whenever I hear “Walking My Baby Back Home”, or “How Much is That Doggie in the Window”, I will remember those days.