Samuel Bassett,  (1754-1834) showed that even a fifer can be a hero. When I read his story I am so proud to be descended from a man of his strength of character and modesty.

…as I entered the army from patriotic motives, I felt unwilling to apply to my country for relief. 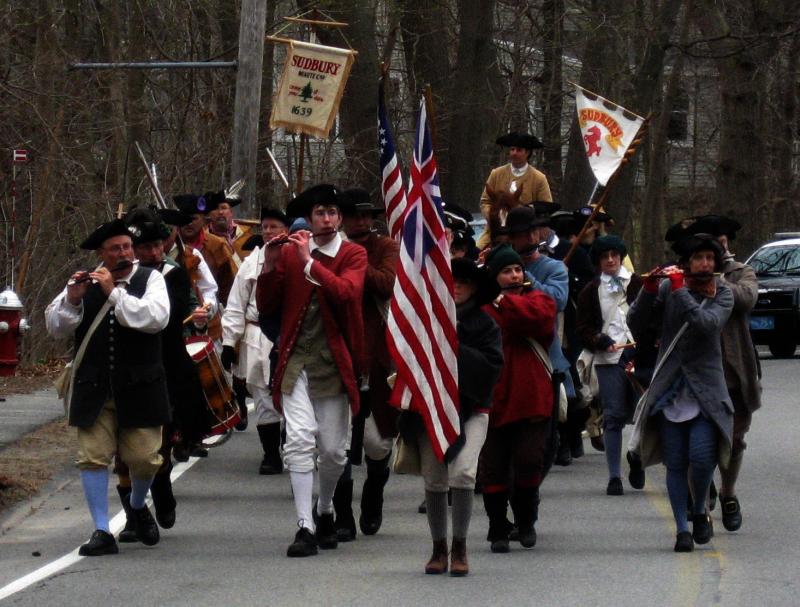 Born in Norton, Massachusetts in 1754, already the sixth generation of Bassetts in the new world, Samuel Bassett was one of many of my New England ancestors who fought in the Revolutionary War.  But his story touched me more than most.

I have given the background of Samuel Bassett’s town, Keene, New Hampshire, and his involvement in the Revolution, already, but I think his story is more effective told by Samuel himself. The historian’s account that you can read here, minimized the damage of his wound–calling it a superficial flesh wound.  Samuel’s own words tell a different story. There are two pension applications in his file, and this one, filed in 1826– when he would have been seventy-two years old– tells his story fifty years after his service to the country.

I Samuel Bassett of Keene in the county of Cheshire, state of New Hampshire, on oath depose that on April 1775 on hearing of the battle of Lexington I with about thirty others started from this place for the vicinity of Boston.  Soon after my arrival at Cambridge, I entered into the Company commanded by Capt. Samuel Stiles in Stark’s regiment to serve for eight months.

On the 17th of June, the day of the battle of Bunker Hill, I was ordered on to the hill as part of a reinforcements.  I arrived in season to take part in the battle but after a short time the vitriol began.  While nitrating, I was wounded by a musket ball which as I raised my right foot, entered my thigh midway above the knee and lodged in the knee.  The ball remained there four months and four days and was then extracted.  The wound was very painful, and for several months I could not walk without assistance and it has always been very painful.

At the time others obtained pensions, I was often told that I might obtain one, and advised to make application and the reason I did not then apply, and have not before applied is that at that time a prejudice existed against such as applied for pensions who could possibly live without it and as I entered the army from patriotic motives, I felt unwilling to apply to my country for relief. As I grow older, the disability increases–the wound is frequently very painful, depriving me of sleep and prevents me in a great degree from performing my daily labor. And I now feel under the necessity of applying to my country for assistance.

Since 1776, I have lived either in Keene or Packersfield near Roxbury and my occupation has been that of house joiner. I am not on the pension list of any state and recieve no pension whatever.

Another application, that looks like it was an interview, specifies companies he served in through his dismissal on the last day of December in 1776, and adds, “was a Fifer in all this process.”

In 1777 he was back under a different command and “marched to Mount Independence near Ticonderoga in April.” He testifies that he recollects “General Washington, General Putnam, Major Moore who was killed in the Battle of Bunker Hill and Col. John Thomas Dixon.”

Thank you, grandfather Samuel Bassett, for your part in building our country.