In Holland they call it tijgerbrood (Tiger bread) or tijgerbol (Tiger roll).  But a British chain store that sells the popular bread officially changed the name of its bread to Giraffe Bread. They have a point. Does this pattern look more like giraffe or a tiger to you? 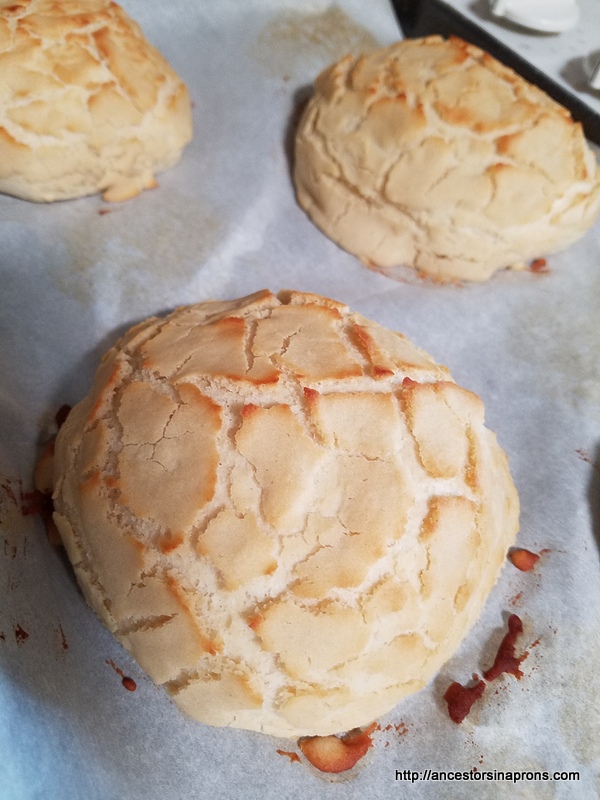 If you are American, and unless you live in the San Francisco area, you may never have seen the two-layer roll that is also known as Dutch Crunch Rolls.  Besides being popular in Europe, (I discovered this Dutch recipe on a Welsh cooking site), the City by the Bay loves them, too. For some reason, San Francisco has adopted the Tiger Bread as sandwich rolls, but they are keeping it to themselves–it has not spread to other parts of the country.

What accounts for the soft inside and the crunchy surface? Believe me, if it was some complicated, only-for-chefs secret, I would not be making Dutch Crunch Rolls.  But the “secret” is an easy two-step process.  First you make rolls similar to any yeast dinner roll you might make.  Let the rolls rise, then make a yeast batter out of rice flour and smear it on the raised rolls. Here is a picture of two rolls with spoonfuls of batter on top, and two with the batter smeared all over the roll. 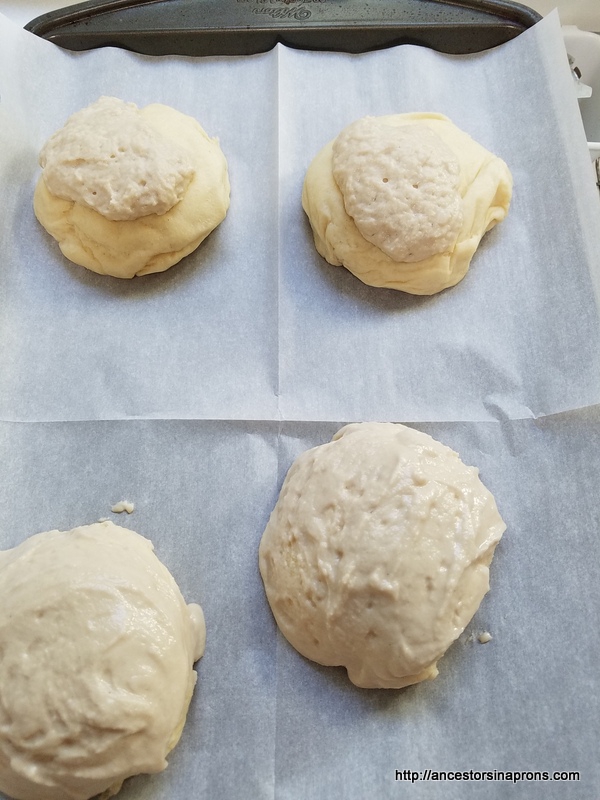 If you are not accustomed to making yeast rolls, please don’t be afraid to try Dutch Crunch Rolls.  Just don’t get the warm milk or water TOO warm, but do be sure it is warm enough to make the yeast happy.  The trickiest part of baking yeast bread is getting the kneading right.  It usually takes longer than you think it is going to take, but many cooks tell me that they look forward to the opportunity to get rids of agressions–taking it out on the dough.  Unlike biscuits, where the problems arise (or rather don’t rise) when you mix too much, bread dough needs a lot of massaging.  Here’s a You-Tube video if you need a primer.

So let’s show San Francisco and northern Europe that WE can make Tiger/Giraffe/Dutch Crunch Rolls, too! (Even though I cannot claim Dutch Crunch Rolls as a traditional Dutch recipe that would have been made by my ancestor, since no one seems to be able to trace it back further than the 1960s or 1970s.) 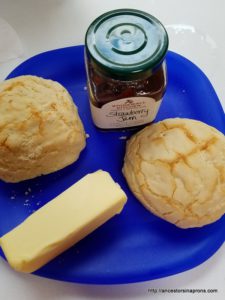 Soft on the inside, with a surprising crunchy surface, these rolls are popular in northern Europe and the British Isles.

* Although the original recipe for Dutch Rolls calls for making six rolls--they would be the size of small loaves. I made eight and the size is like a large hamburger bun. There is nothing wrong with making twelve, which would be a more normal size dinner roll.

Be sure to spread the topping with the back of a spoon so as to cover the entire Dutch Roll for the pretty crackled finish.

Although the recipe calls for one tablespoon, I used no salt in the soft roll and the taste was fine. I believe I will use one teaspoon in the future.

I used brown rice flour instead of the traditional white rice flour and could not see any bad effect in the crunchy covering on the Dutch Rolls.