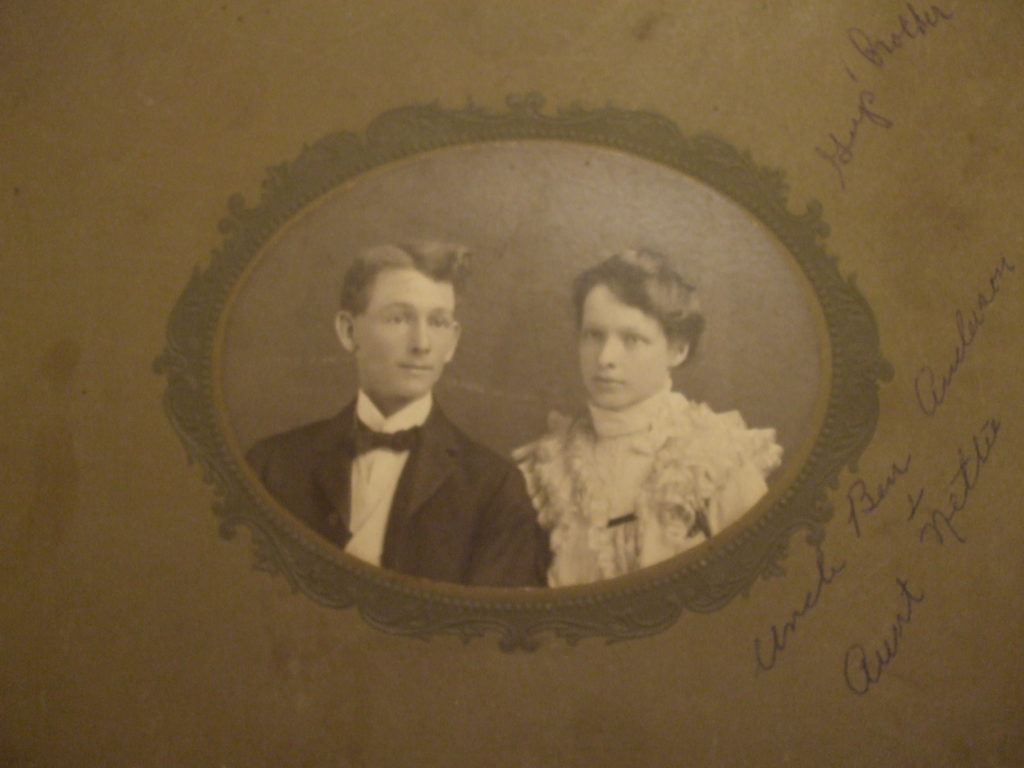 I have featured this sweet picture before. It shows my great-uncle Ben Anderson and his bride, Nettie. Ben has an interesting life story, and you can read about him by following the link above.

Recently, I re-discovered two more pictures of Ben and his family, vacationing in St. Augustine, Florida in January 1910. They went to the photographer’s studio to capture a travel photo. I hope they enjoyed St. Augustine as much as we did when we visited it about 75 years later. Although we were definitely attracted by different things.

No wonder Ohioans flocked to Florida for vacations.  What an exotic place! Alligators! Oranges on trees! 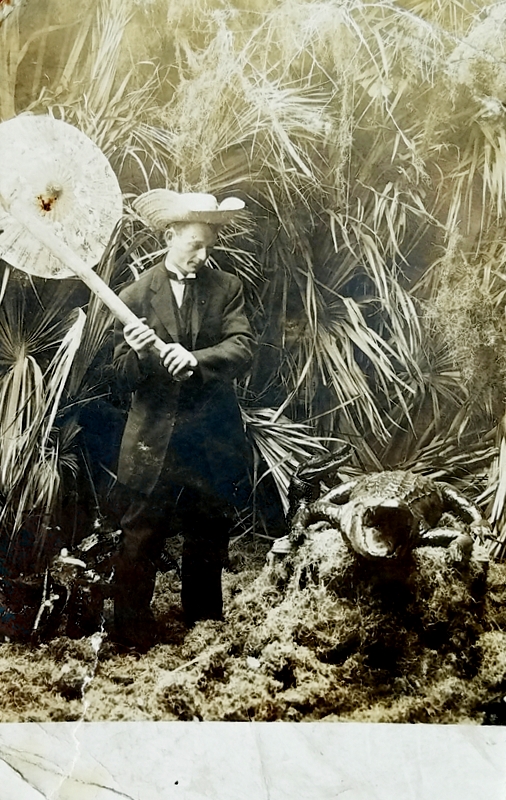 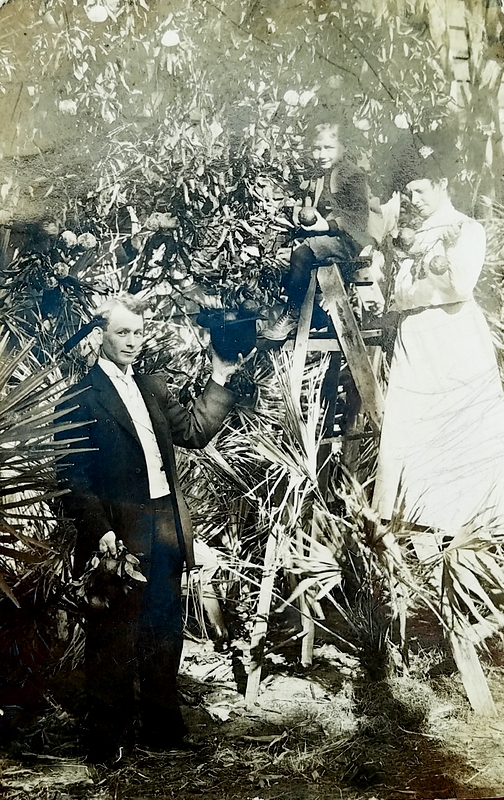 If you read my story of Ben Anderson’s life, you’ll see the irony in this picture of his family picking oranges. You see, Ben was an Ohio farmer who grew apples! Making this a busman’s holiday, as it were.

These travel photos reflect a theme of photographer’s studios in the early 20th century.  The photos are printed on a light cardstock, and the back is printed with sections for a message and an address as a postcard. The photographers created elaborate scenes starring their customers.

Neither of these postcards had been mailed.  The writing on the backs of the cards include a note that could have been from Nettie giving the date and place.  Other notes with names were written by my grandmother, my mother and by me.

See other family travel photos with Will Stout and Maude Stout at the beach.