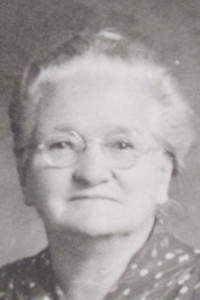 Kenneth Ross Badertscher’s great-grandmother, Ida Schneiter was born in Switzerland, but came to the United States with her family before she was two years old–about 1869– so her memories of the rolling hills of the canton of Bern giving way to towering snow-covered peaks would have come only from family stories and picture postcards from family left behind.  When Ida was born, her parents Samuel and Barbara Müller Schneiter already had two children–a son and two daughters.[Note: some family trees show an Alice Schneiter, born in 1859 or 1861, but I have not seen documentation for this Alice].

The German spelling of Schneiter sometimes was changed to Schneider in America. But the change was not consistent in this family.

Even though tracing Ida’s family back to Switzerland, I have a pretty good picture of her life–both literally through family photographs and figuratively.

Samuel and Barbara both came from the region of Thun in the canton of Bern, so although I have no proof, I assume that is where they lived when they were young marrieds beginning a family. The beautiful area lies at the head of long narrow Lake Thun, and is a gateway to the mountains of the Bernese Oberland.  Occupations are varied in the area, but still at least half would have been involved in dairy farming or dairy products. 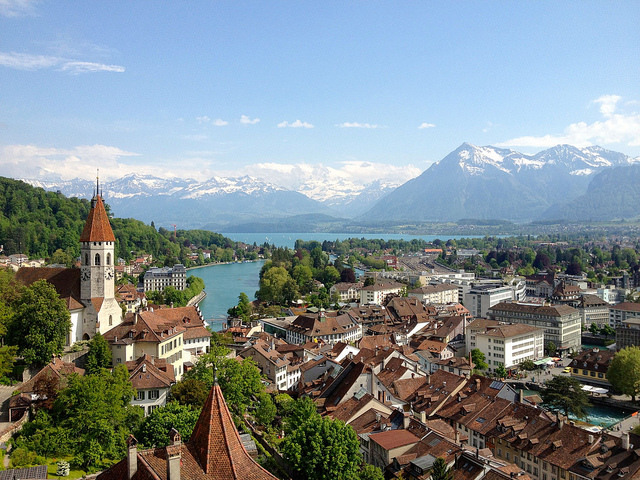 It is hard to know what drove the Schneiter family to emigrate. Their personal finances might not have kept up despite the booming economy, or they might have been spooked by the peasant revolts in the 1840s and early 1850s.

The Schneiter family settled in Warwick Township, Tuscarawas County, Ohio, where Samuel found work in a coal mine in the coal rich-county.  When Ida was three, a brother was born, then another brother and the last child, a sister, was born in 1878 when Ida was eleven, for a total family of six. [Note: the 1900 census reports that Ida’s mother Barbara gave birth to ten children and in that year, only five were still living, so there were infant deaths–probably in Switzerland– as well as the one death I know about in Switzerland and one of  Flora in Ohio.]

The Schneiter children that I know about:

Some time between 1880 and 1900, Samuel had apparently saved up his money from coal mining and bought a farm some time in the last twenty years.The children were enrolled in school–more difficult for Godfrey who was 8 years old when they emigrated and already spoke German, but easy for Ida, who had probably learned to speak English along with her parents.  Ida attended through the eighth grade, the norm for children in that area. Ida would have been considered old enough to help with the younger children from the time she herself was six or seven, and it surely was difficult when her sister died and Ida was only ten.

Ida Grows Up and Gets Married

In 1888 Ida wed Frederick Stucky, whose parents had also come from Switzerland, and they settled on a dairy farm in York Township of Tuscarawas county. The following year she gave birth to the first child in what would be a total of eleven children. The second child, Helen Esther Stucky was born in 1896, and would become my husband Ken Badertscher’s grandmother.

A House Full of Girls and Boys

The family included quite a bouquet of girls–seven in all–outnumbering the four boys.  Ten were born in the eighteen year period between 1889 and 1907, but the last girl, Gladys, must have been one of those mid-life surprises, coming along in 1915 when Ida was 48 years old. 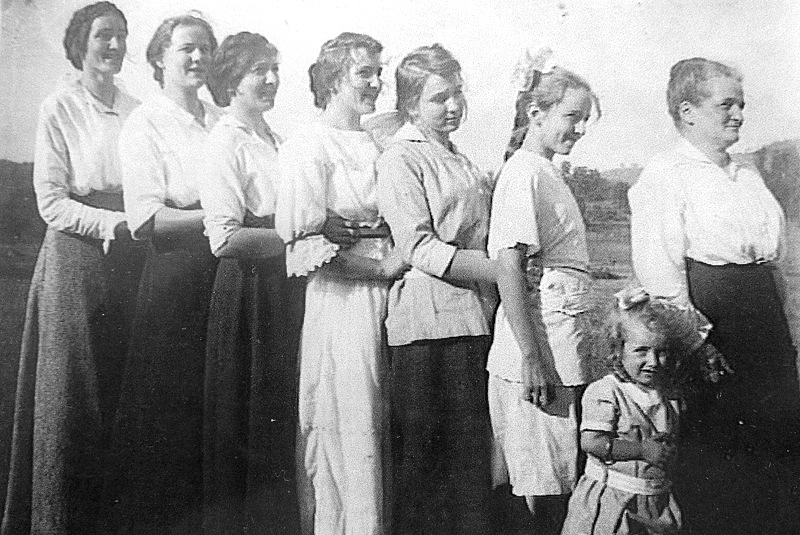 A few months before Carl was born, the oldest son, William died at six years old.  It must have been wrenching, but the intrepid Ida would have had to focus on the baby to come and then been kept busy with four other children under six. It was the story of her life to be surrounded with children and grandchildren, as many family pictures show. 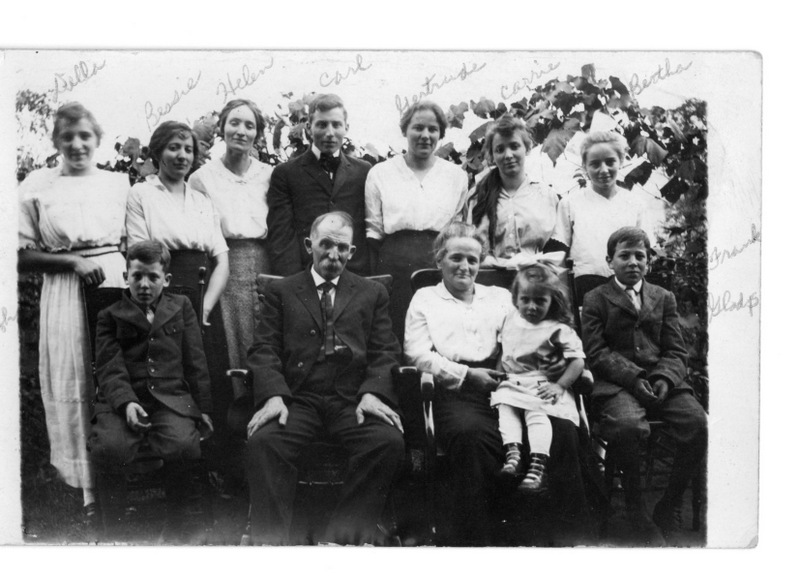 In 1907, when John was born, I imagine that Ida looked upon him as her last child. After all, she and Fred would celebrate their 25th wedding anniversary in 1913, when John was six. The house was a bit less crowded at the time of the 1910 census. Helen was already working outside the home., and Bessie also was not living at home.There is something of a mystery about where 16-year-old Bessie was in 1910. According to family records, she was married in 1917, but I can’t explain why she was not listed with the Stuckys on the census in 1910.   She probably was working for a neighbor who did not list her with their family.

It turned out that John was not to be the last of the babies in the house.

The First Grandchild and a Surprise 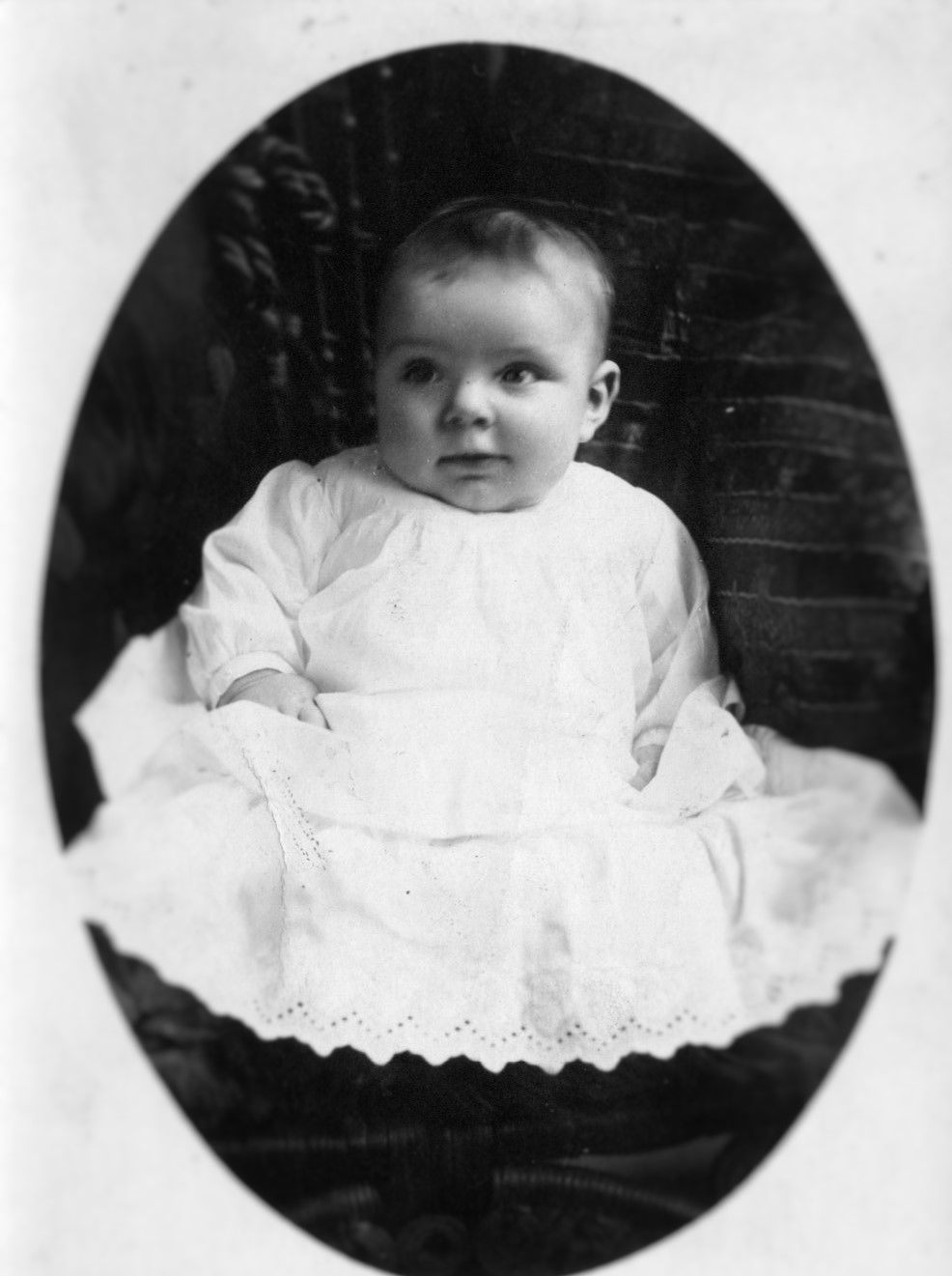 Within a few years, the Stucky household was growing rather than shrinking. Although Bessie was married, the twin tragedies of World War I and the Spanish Flu epidemic affected many families in 1917-1919.  The flu hit Helen’s young husband, Adam Bair Sr., and he died in January 1919. (I told the story of Helen here.) In an age when there were few alternatives available for the unmarried woman, the pregnant Helen was fortunate to be welcomed back with her little girl to the farmhouse of her parents.  She gave birth to a son a few months later, and he was was named for his deceased father. The family lived a fairly short time with the Stuckys, but Agnes Stucky Badertscher recalled it vividly.  By the end of 1920, Helen had remarried–to Ralph Kohler, and a few months before, her sister Gertrude had also married. In their 50s, the Stuckys might be moving toward an empty nest.

Even in their 60s, according to the 1930 census, Fred and Ida still had three children at home–the adults Bertha (26) and Frank (25), and teen Gladys (16). Frank and Bessie were not a financial burden on their parents, as Bessie owned and ran a restaurant in nearby Orrville, and Frank worked in a factory.

Hard Work to the End

Finally in 1940, when they were in their 70s, Fred and Ida achieved an empty nest, although I doubt there was a lot of relief.  Fred reports working more than 50 hours a week on his farm, and I’m sure that Ida had plenty to do as well. 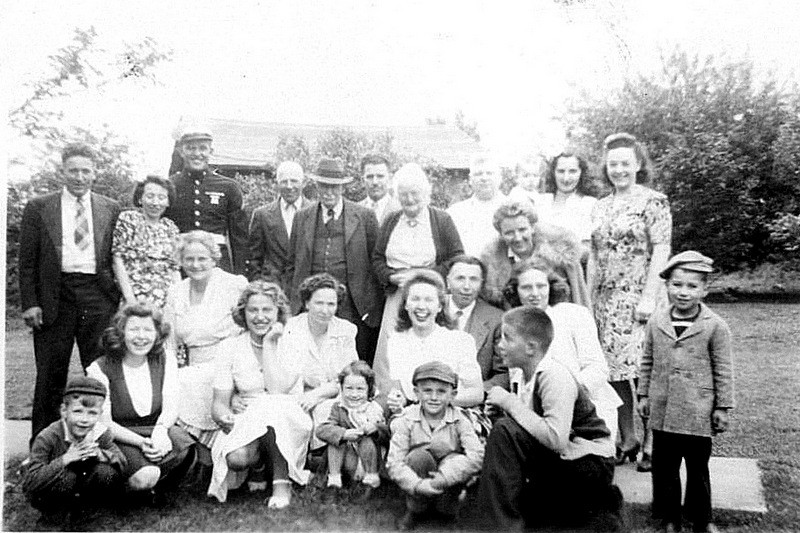 When Ida died at the age of 78 in 1946, she had outlived not only the young William who died at six, but also Bessie, who died in 1938 and Della, who died in 1944. Fred lived two more years, reaching his eighties.

I love the face of this woman. She looks to me as a grandmother should look–square face soft and accepting, with her wide-set eyes with their direct gaze.  She must have been an adorable baby, because she had a kind of baby face all her life. A life filled with babies. 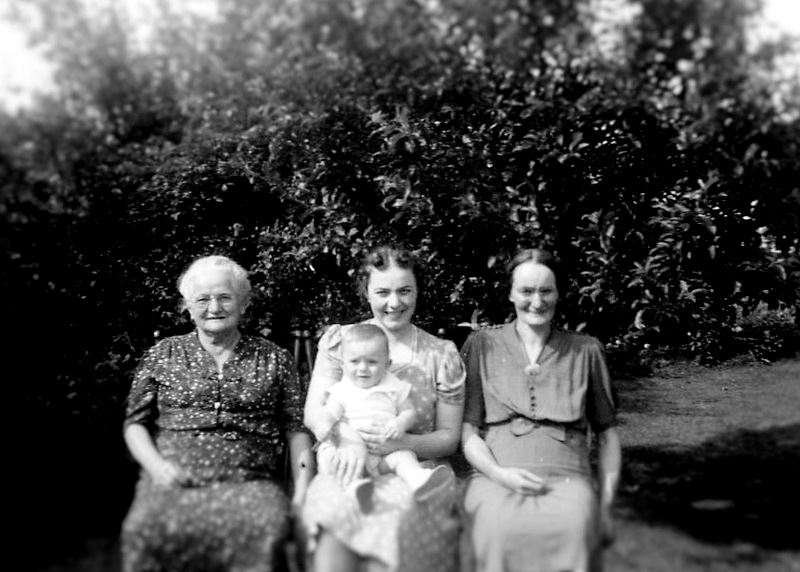 Descendants of John Stucky and Elizabeth Roth From the Year 1831 to 1972, by Martha Stucky, Sugarcreek Ohio, 1972. This is a faded copy in purple ink. The information was mostly gathered by contacting family members, although it seems the author also looked at some census reports. Although obviously a great deal of work went into the listing of descendants, there is no index of sources.

These reports contributed enormously to all kinds of information from how much education people had, to basics of where they lived and how they were employed, when they were married, how many children had been lost in infancy, and more.

Geni.com, source of a newspaper obituary of Ida’s Mother and other family trees with information about Ida’s family.