When I wrote about odd names in my family tree, one of the most unusual was “Sardine.”  Despite this decidedly odd name, the distinguished gentleman Sardine Stone earned the title of “The Honorable” by virtue of having been elected to several terms in the Ohio legislature. His foray into politics gives us a view of political parties under stress from war, an economic slowdown and the victory of a populist candidate. Is this sounding familiar?

I earlier told the exciting story of how Sardine joined his father in the Ohio territory.  In 1803 Ohio became a state. In preparation,  a territorial census was conducted of men over 21. It listed pioneers Sardine Stone, his father, and his brothers.They were part of the Ohio Company led by General Rufus Putnam, who founded Marietta.  The new state started with communities along the Ohio River, and slowly grew northward.

James Madison and Another War with Britain 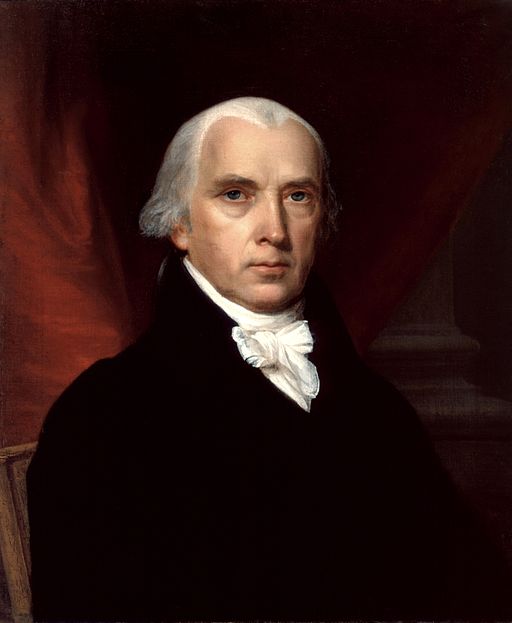 Thomas Jefferson’s hand-picked successor was not a shoo-in the first time he ran for President in 1808.  It comes as something of a shock to read the history of the era and realize that Thomas Jefferson was widely despised by the time he left office.  Jefferson had initiated an embargo of trade that was ruining the country’s economy and endangered the election of his successor. However, as we know, James Madison, a Democratic Republican, did succeed in becoming the fourth president of the United States.
Mother taught me some nonsense to help remember the early presidents.

Will A Jolly Man Make A Jolly Visitor?

The next three are easy to chant: Tyler-Polk-Taylor.

I believe there is another sentence to follow, but I can’t remember it. Do you have a memory device for presidents?

Ohio had  been a state for only eight years when Sardine Stone first ran for office in 1811, the third year of Madison’s term. In 1811, the patina of civilization in Ohio was shallow–most of the state was covered with forests rather than cultivated fields or towns, and the threat of Indian attack was still very real. Bears roamed north of the Ohio River until the 1830s. Sardine Stone campaigned  to represent the southern counties of Adams and Washington, along the Ohio River, in the state assembly. He represented President Madison’s Democratic Republican ticket. 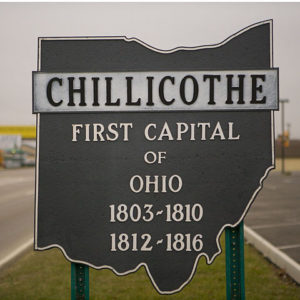 Sardine and his running mate, the other Democratic Republican were elected to a one-year term in Ohio’s lower house of the legislature. Off they went to Zanesville, which their party had finagled to become the state capital for electoral advantage.

Soon it was election time again, and Sardine Stone ran for re-election in 1812, a presidential election year. James Madison, the standard bearer for the Democratic Republican ticket had widely fluctuating popularity depending on how relationships with Britain were faring. By the time the session started, the capital was back in Chillicothe.

The fight against the British for Independence was vivid in the memory of many adults, and the population split as to whether the new country should engage in another war with the British.  By the time of the 1812 Presidential election a second war with the British had begun and the United States was not doing well. Naturally the president took much of the blame.

“at the present crisis when our country is beset by savages of the forest and by the civilized savages of Great Britain, it becomes the impervious duty of every good citizen to exert himself.”

However, in Ohio’s State Assembly, Sardine was dealing with more local issues. In the Ohio Assembly, focus was mainly on transportation. In the early days the task consisted of improving river transportation and bridges and later turned to railroads.

The opposition party, the Federalists, were not only opposed to the war, but also, as a party strong in the Northwest Territory, they were tired of electing Virginians as President.

Neither of these parties would survive long. People’s concerns were much different, and as focus on various issues shifted, the political parties came together, then fell apart or shifted their point of view.

Madison won the presidential electors of Ohio and his re-election bid.  The small number of electoral votes Ohio had tells the Ohio House of Representatives.

Sardine Stone was re-elected as a Representative in 1813, and after two years out of office, he was elected again in 1816, when his party’s candidate James Monroe won the Presidency. 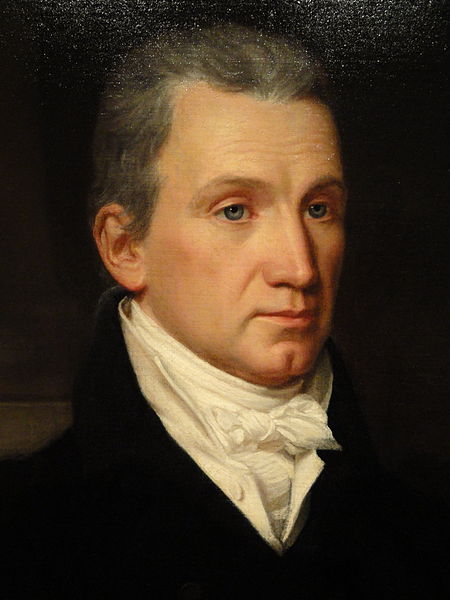 After 1816, Sardine turned to the Ohio Senate and was elected first in 1817 to the office he served for three terms.

Ohio was fast becoming a “real” state, as opposed to a raw territory.  After sticking close to the Ohio River, with state officials housed at Chillicothe and briefly at Zanesville, the capitol city of Columbus was founded in 1816.  By 1820, Sardine was traveling from his home in southern Ohio to central Columbus for sessions of the state Assembly on horseback. The first stagecoach service from southern to central Ohio was established later that year.

The 1820 presidential election was particularly interesting, since the Federalist Party had disappeared, driven out of favor by their opposition to the war that American ultimately won. Without an opposition party, the Democratic Republican candidate for re-election, James Monroe, sailed to victory, even getting the support of former Federalist, and former president John Adams.

Since 2016 is a Presidential election year when both major parties have faced challenges from outsider candidates, it is sobering to look at the 1812-1824 period in our nation’s history and see how the two major political parties both disappeared and new parties emerged after a populist candidate split the traditional party.

During this turmoil of politics, Sardine Stone continued to serve in the Ohio Senate until 1823.

Although the Democratic party emerged from the 1828 election of Andrew Jackson, the last of the Democratic Republican candidates, it  evolved into a totally different set of beliefs than its predecessor.

Have the two parties today outlived their usefulness in today’s world of fast-changing values? Will we see another disruption of the sort that Sardine Stone lived through?

The Stone family members stepped up in leadership positions from the time they arrived on the frontier.  Perhaps it is the pioneer spirit which reinforced the importance of cooperation, but every one of Isaiah Stone’s sons became active in some community good. 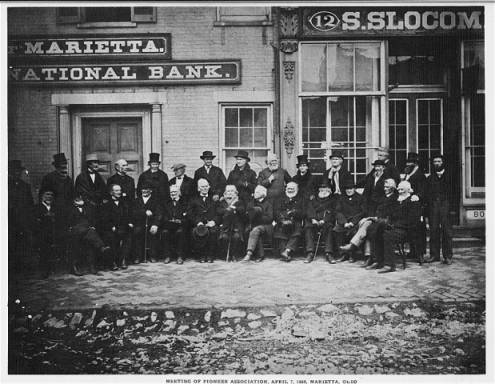 Meeting of the Pioneer Association in Marietta in 1870. Augustus Stone would be here. Photo from Washington County Public Library 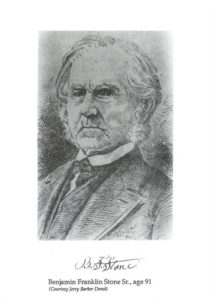 For instance,Augustus Stone, storekeeper served as Commissioner of Police in 1821 and worked on committees to help the Cherokee Indians and preserve the history of Washington County among other civic activities. (I’m sorry I don’t know which stately gentleman is Augustus in that photo above.)

In addition to writing a journal about their journey to Ohio, Benjamin Franklin Stone was a school teacher, judge, county surveyor (1832-1841) and coroner (1857).

The Stone Family is certainly a branch that I am proud to have in my family tree.