…It is very warm here.  The blackberries is getting ripe here and in Ohio they are not in blossom yet.  You are behind time up there ain’t you.

“Here” is the Sommerset Plantation, known as the Perkins Plantation on the Mississippi River in Louisiana. In even better spirits than in his last letter, Erasmus even makes a little joke in his letter to Suzanne.  After starting with an apology for closing in such a hurry the last time, he tells her how they got where they are, where they are probably going next, and describes their present camp.

It has only been a week since he last wrote, but circumstances have changed for the better. Instead of camping on a levee surrounded by bayous and swampy land, the 16th OVI is now camped on what was once the lush Perkins plantation

Pvt. Peter Perrine, Company C, [writes that] the 16th Ohio marched about four miles further south to Perkins’ Plantation where they camped for 10 days. Perrine mentions the place was formerly called Ashwood Landing and, “Our camp was very nice. A beautiful residence once stood close to our camp and the grove of live oaks yet stands to adorn the spot.” [from Michael K. Woods site on the 16th OVI] 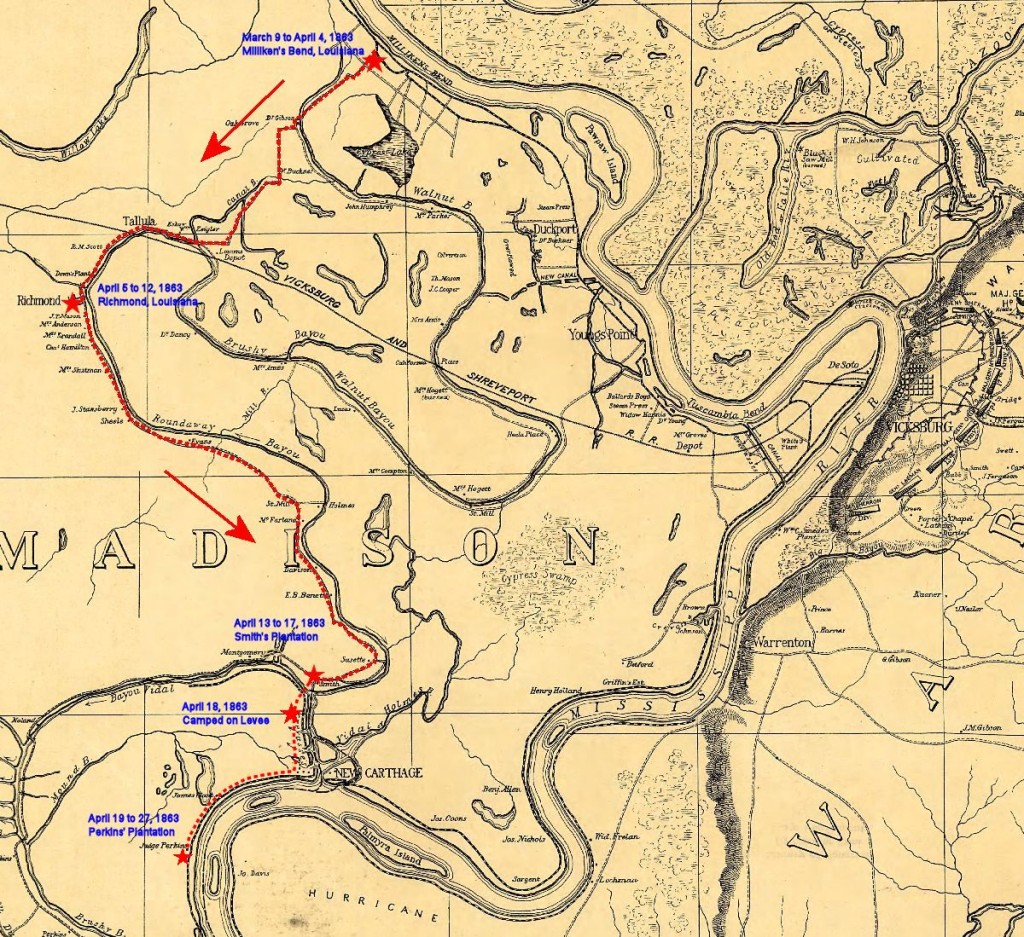 Not only are their blackberries for the picking, but the boys can fish for shrimp and crayfish in the streams, using a little bacon for bait, according to Cpl. Wolbach in “Camp and Field.” Wolbach also talks about a gambling operation set up in a grove of maple trees on the Perkins Plantation, which Tanneyhill was sent to break up, so the soldiers found use for the time on their hands.

Erasmus also appreciated the plantation as he wrote to his wife. He of course, does not mention gambling.  He appears in his letters to be a rather strait-laced sort who would not resort to such deviltry.  And he reveals that he is a reader of novels.

I wish you could just see this plantation we are camped on.  Five thousand dollars would not more than fix the yard and gardens of this rich planter.  You could have no idea of what it is like.  It just puts me in mind of some novels I have read, but the old fool has left it and the Yankees are dressing it up for him. [Another joke!]This summer they are camped all through his yard and gardens contain acres of ground.

Just as Erasmus could only imagine what a gorgeous place this might have been, we can only imagine as well, because there is nothing left of the old plantation. 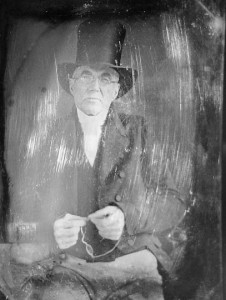 The “old fool” was a prominent Secessionist. John Perkins, Jr. had been gifted Somerset Plantation (the Perkins Plantation) from his father John Perkins Sr. in 1857, when it covered 17,500 acres along the Mississippi River and including the 250 slaves, was valued at $600,000 (15 million in today’s currency.)

A Harvard-educated lawyer, John Perkins, Jr. was a member of the United States Congress until he joined the secessionist movement and took a leadership roll. He was subsequently elected as a member of the Confederate Congress.  Before he abandoned his plantation to the Yankees, he burned the elaborate home and 2,000 bales of cotton. He fled to Montgomery and later Richmond, and when the Confederacy lost the war, he prudently moved to Mexico where he started a coffee plantation.

Erasmus rightly surmises that the army will not stay at this place for long.  They have already had a false start, probably interrupted by the naval skirmish that he describes, which may have made the river safe for transport steamboats.

We was ordered to leave the other day and was all packed up on the boats as thick as we could stick but the order was changed and we was taken off again.  We are going to Grand Gulf about 90 miles below here where the rebels have a fort… I don’t know whether we will go on boats or march.  We only have a few boats down here.  There was some [boats] run the blockade again the other night and such heavy cannonading I never heard in my life between our gunboats and the rebels there was between 6 and 900 shots fired of the biggest kind; the next morning the boats came down, they looked like as if they had run the blockade on some other hot place, but there was only one sunk altogether.

Although Erasmus surmises it would be dangerous for steamboats to try to make it on the river, he will be taking just such a trip the next day.

Then he reports what scanty information he is getting about the progress of the war, trying to sort truth from rumors.

We have all kinds of rumors here in regard to our success in other places.  We hear of our forces taking Charleston South Carolina; of the rebels leaving Virginia, of our forces under Rosencrans shipping the rebels, but we don’t know what to believe.  We can get plenty of good news but it all turns false.  We take some prisoners now and then.  They say we will whip them but I don’t know how it will be when we have no chance to know anything here in the army but if all the news we have heard be true they are whipped.

As usual he mentions the health situation–“tolerable good” overall, and as for him:

I have better health than I have had all winter; in fact I could not feel better than I do now.

He reports that he still has not heard from Albert Dial, and despite the fact that at the beginning of this letter, he mentions receiving two letters from Suzi, he ends with a whine about mail, and no other word, even his name.

What is the reason none of Andy Grovens folks don’t write to me. They never have.

The main siege of Vicksburg is a month away, and although we have no more letters from Erasmus, I will outline what that month was like for him over the next two Fridays.

Notes: The transcriptions of his Civil War letters  which I use with the permission of a descendant of Erasmus’ widow and her second husband. I am deeply grateful for permission to share the letters.