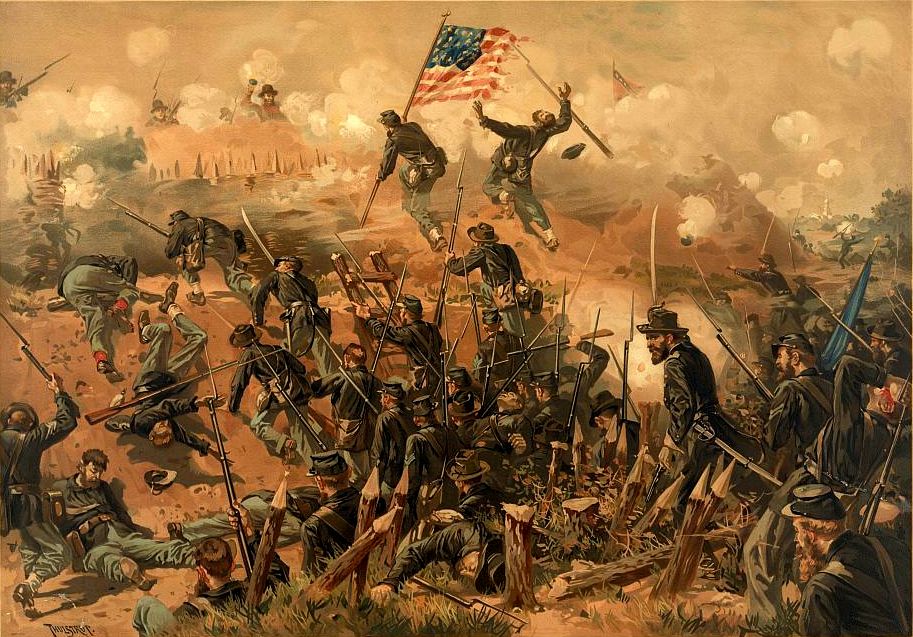 Erasmus never returned to the farm to graft those cherry trees, or plant the starts of Southern sweet potatoes he loved, or taste a big can of peaches. He never got to hug his wife Suzi and his two little boys.

Instead, on May 22, 1863, a Confederate sharp-shooter painted a target on his chest and he dropped on the muddy, bloody ground of the Vicksburg battlefield. Erasmus was carried to a field hopspital, but was declared dead on the same day–escaping the fate of so many who suffered long and angonizing deaths from chest wounds, or lay on the field for two days before their troops were able to retrieve them.

It seems appropriate, as we approach Memorial Day, that I talk about one of the very few of the many veterans in our family that gave his life in battle.

After the day of rest and refueling that I described in the last episode, the morning of the 22nd, a beautiful day, saw cannon fire and then soldiers advancing.  An account by Private Frank Mason of the 42nd Ohio, tells the story that probably includes the last minutes of Erasmus Anderson.

“At ten o’clock, the Brigade, headed by the Sixteenth Ohio [Erasmus’ Regiment], moved up the valley to the assault. Rounding the clump of willows at the bottom of the ravine, the column was met by a terrific fire, but pressed on to where the shape of the ground afforded partial protection. It was arranged that the Sixteenth Ohio should mount the hill to the left at the head of the ravine, the Forty-Second should take the center, the Twenty-Second Kentucky the right, while the Forty-Fourth Indiana should act as support, and reinforce promptly whichever regiment should first cross the parapet. From the nature of the ground, the Sixteenth, as brave a Regiment as ever marched, having the shortest distance to go, reached the point of attack first. Its skirmishers quickly climbed the hill, and made a dash for the ditch. Their appearance was the signal for a terrific volley from the Confederates. The skirmish line was swept away in a moment. The head of the regiment appeared over the crest of the hill, but was literally blown back. The whole surface of the ridge up to the ditch was raked and plowed with a concentric fire of musketry and cannister at pistol range. No man, no company could live to reach the ditch. The few survivors of the skirmish line took refuge in a rugged gorge cut by the water, and held that position. They could neither advance nor retreat.”
“The assault, which at several points was renewed in the afternoon, failed along the whole line. The enemy’s works were of immense strength, the difficulties of approach were too great for any courage or discipline to surmount, and the garrison, if we had but known it, was almost equal in numbers to the assailants. It only remained, therefore, to hold what ground had been gained and conquer Vicksburgh by siege.”

The Southern soldiers had proved more resistant than General Grant had hoped, and he now set about to starve the city of VIcksburg after  the attacks on 20th and 21st of May and this one on May 22, which would precede a 47-day period of “waiting them out”

The soldiers and citizens of Vicksburg were reduced to a diet of mule meat and rats before their final surrender on July 4, 1863.

The Vicksburg campaign is hailed as the turning point in the war, but also is known as the series of battles that cost the most lives. As in most wars, the majority of them were young. My great-grand uncle Erasmus Anderson, however was a mature thirty-three, married with two young children–two and four years old when he died.

His sister, Margaret, in her book of remembrances, kept a lock of E’s hair and his printed obituary when he died. Margaret was mentioned more than once in his letters, and apparently wrote to Erasmus while he was away. My cousin Bonnie who now owns the remembrance book, says the hair is a deep red color. (Red heads were common among our Scottish-derived Andersons.) 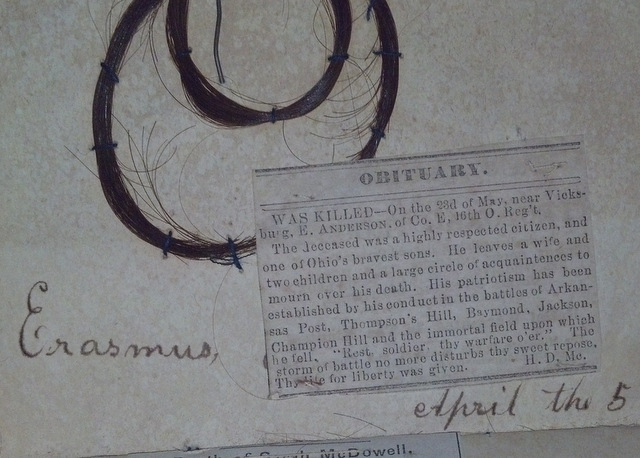 Four years after Erasmus died, his wife Susanna married George Reed, a neighbor who had four children. The lived in Millersburg until George died in 1891. She apparently lived in Florida for a time, but died in New Canton Illinois. They had three children together.

So far, I have been unable to trace the two children of Erasmus and Susannah, Frank and James, and therefore any possible cousins that might be descended from Erasmus. Frank Anderson became a medical doctor and when Susanna died in 1903, was living in Waycross Georgia.  James Anderson lived in Russelville Illinois in 1903. 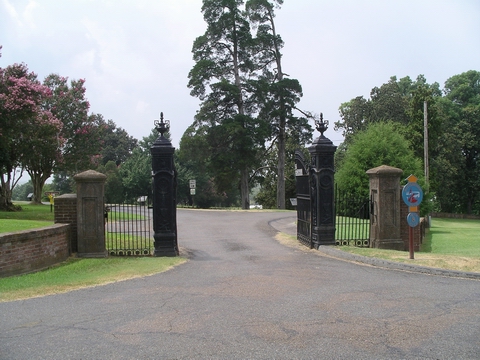 I’m sorry about the canned peaches and the sweet potatoes, E.

Notes: This entire series on Erasmus Anderson in the Civil war would not have been possible if it were not for the generosity of a descendant of Erasmus’ widow and her second husband. He provided me with transcriptions of Civil War letters from “E”  which I use with his permission. I am deeply grateful for permission to share the letters.