Dear Reader, I hope you will accept my belated New Year wishes, as I launch a new year at Ancestors in Aprons.  In the next few months, I’ll return to my mother’s ancestors, starting with the Cochran family.  I make no other particular promises, because I do not wish to tempt fate. “Man proposes. God disposes.”

A Family of Williams

Our family is starting the new year by adding another twig to the family tree. 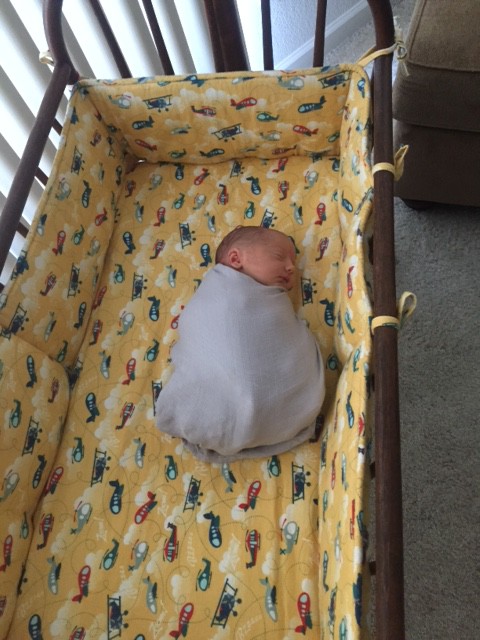 William Nils Kaser (whom I persist in calling Wink, a nickname derived from his initials) was born in December to my nephew and his wife.  Wink is noteworthy because he has been gifted (or perhaps burdened) with a family name–William.

Granted, William is a common name among the British and we have a very strong component of Britishness among our ancestors.  But we also have a very, very long string of Williams on my mother’s side that reaches back to the Pilgrims and before them into the shadows of British history. 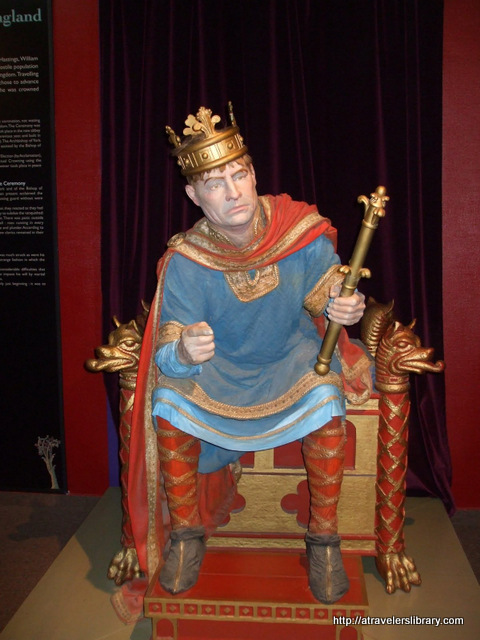 William the Conqueror, figure at Bayeux Tapestry Museum. My photo.

My mother liked to think that an ancient relative was a right-hand man of William the Conqueror, and that’s where the line of Williams started. I suspect that after the William, the Scandinavian Viking from Normandy crossed the channel and conquered England, many curried favor by naming babies William.

This fascinating story of William’s name on The History Channel, informs me that he was actually known as William the Bastard for a long time, a name that did not please the royal personage. The last paragraph of that article confirms my suspicion that the name William became popular–VERY popular to please the new ruler.

But since I cannot prove that our family descended directly from William the Conqueror or one of his lieutenants, here’s the story on the Williams that lead us to our own little conqueror.

(By the way, the new baby’s name points more to Scandinavia than England, since the middle name Nils is from his Swedish great-grandfather and now we know that William was also Scandinavian. This is all fitting, since his paternal grandmother is Swedish lineage.)

No need for you to worry about emulating William the Conqueror. You have no lack of wonderful role models, starting with your father and your paternal grandfather, both of whom had William as a middle name.

Wink, your grandfather, Paul William Kaser, was named Paul for his father Paul Kaser and William for both his uncle and his great-grandfather. When he was a child he was Billie and later Bill. When he grew up he became Paul.

Your great-great Uncle William J. Anderson, was named for his two grandfathers, but since Joe Anderson was dead, the family avoided a curse by using only the initial.  The William in “Uncle Billl’s” name came from his grandfather, Doctor William Cochran Stout, and , William Morgan Stout his mother’s adored brother (your 3x great uncle). William Morgan Stout, an attorney, was called “Will.” You see, as a William, you have lots of short-form names to choose from.

Doc Stout’s wife‘s line is the one that goes back to the Pilgrims and all those Bassetts. Her name was Harriette Morgan Stout, and her mother was a Bassett, Mary Bassett Platt Morgan.

Mary’s father William Basset, born 1779, was your 5x Great Grandfather and was the first of the Bassets to move from New England to Ohio.

His father, William Bassett, born 1694, was your 8x Great Grandfather.

His father, William Bassett, born 1667, was your 9xGreat Grandfather.

His father, William Bassett, born 1624, was your 10x Great Grandfather. You want to think twice before following in this William’s footsteps. He was a Naughty Pilgrim. 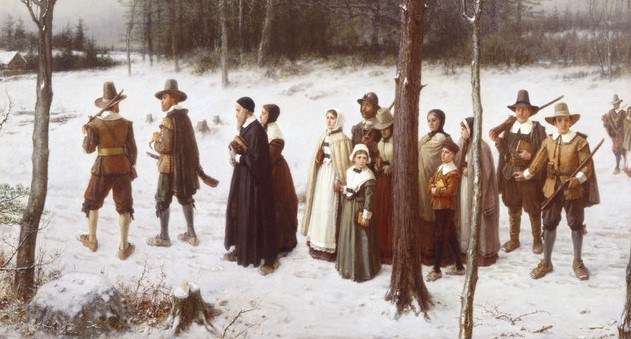 His father, William Bassett, born about 1600, was the first of the Bassett line to sail to America from England. He was a Pilgrim, and arrived in 1621 on the Fortune, the first ship after the Mayflower.  He was your 11x  great grandfather.

The Pilgrim William Bassett’s father was probably also William, but I have not proven that to my satisfaction.

All family research is an ongoing puzzle. I only know for sure that we have one most welcome new William in the family. Happy New Life, Wink! (William Nils Kaser)