My Itchy Travel Feet, a site for Boomer Travelers, recognizes that many of us add family history searches to our reasons to travel. 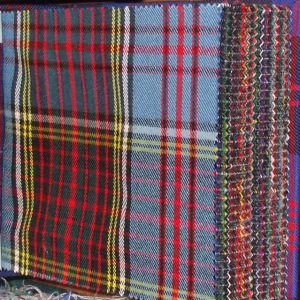 The Anderson Tartan, from MacIsaac Kiltmakers in Nova Scotia 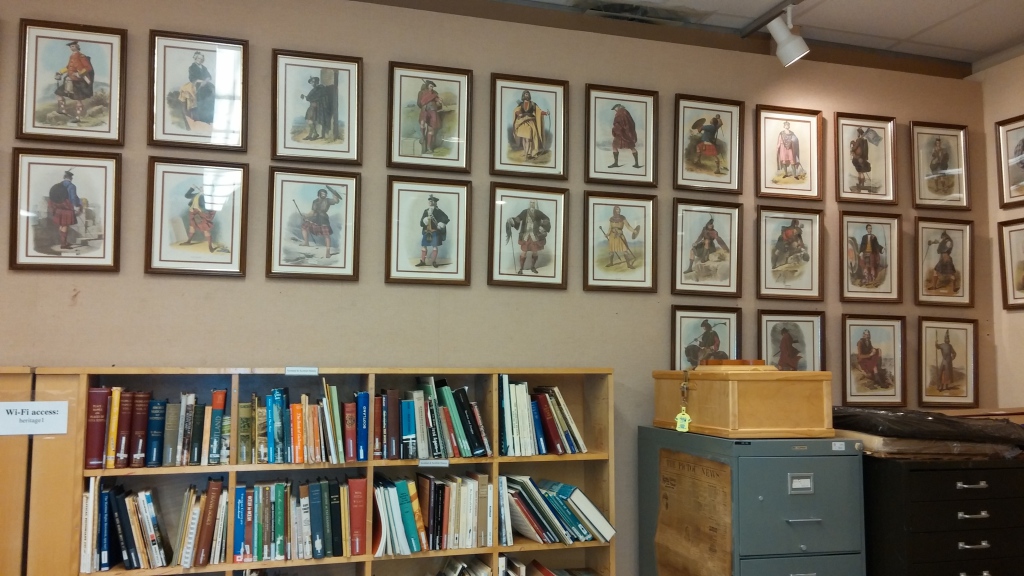 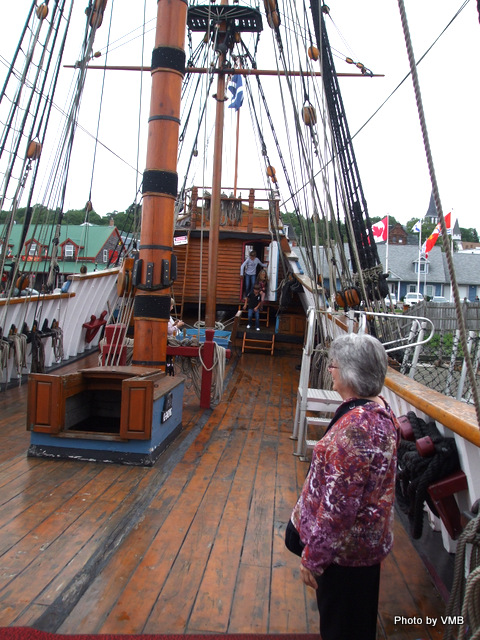 My sister on the deck of the Ship Hector, Pictou, Nova Scotia 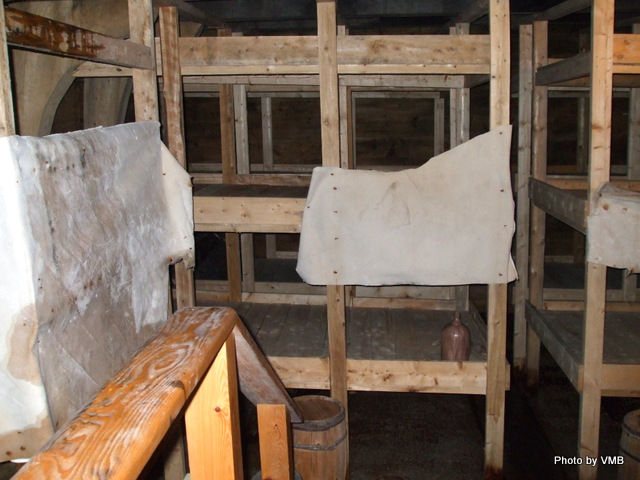 Below decks, living quarters in Hector 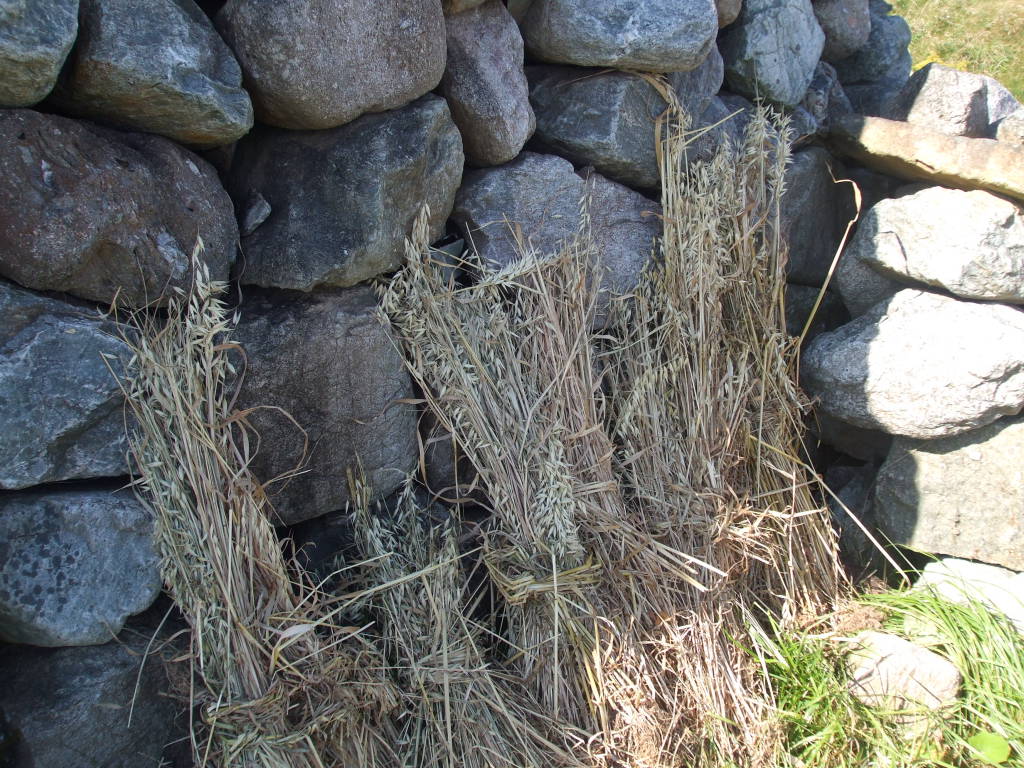 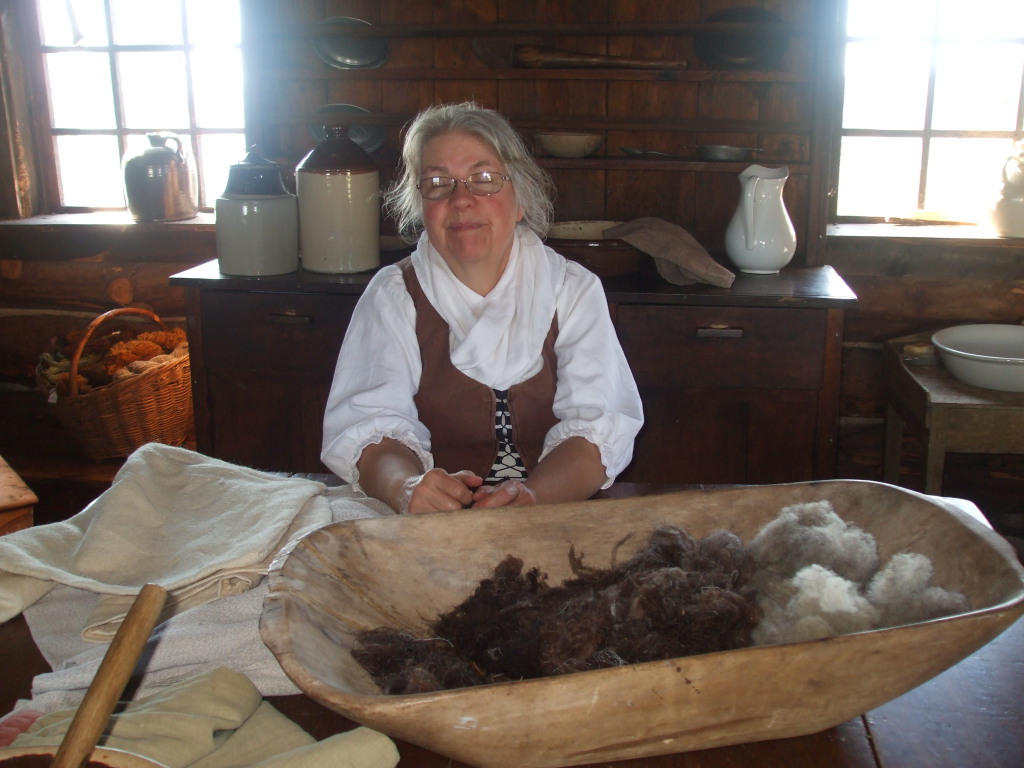 At the Gaelic College, we took part in a “milling frolic” or “waulking, where a loop of woolen cloth is rhythmically passed around a circle and beat on the table. Accompanied by music of course!

See more about these Four places in Nova Scotia to track Scottish ancestors and their culture at My Itchy Travel Feet.com
Do you include some family history searches in your travels? Or are your travels totally centered around family history? Share your stories, please! 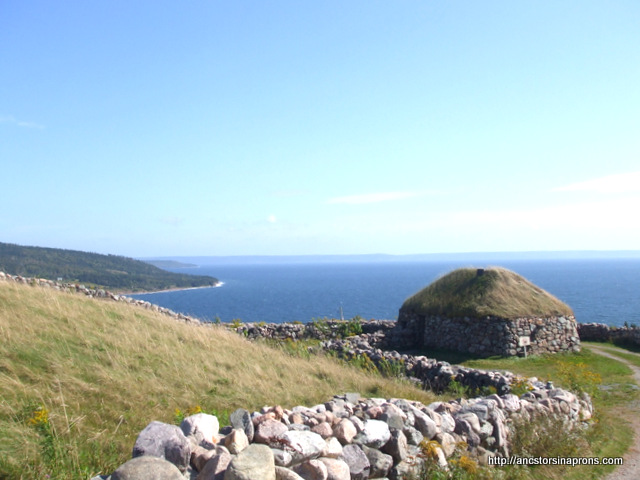 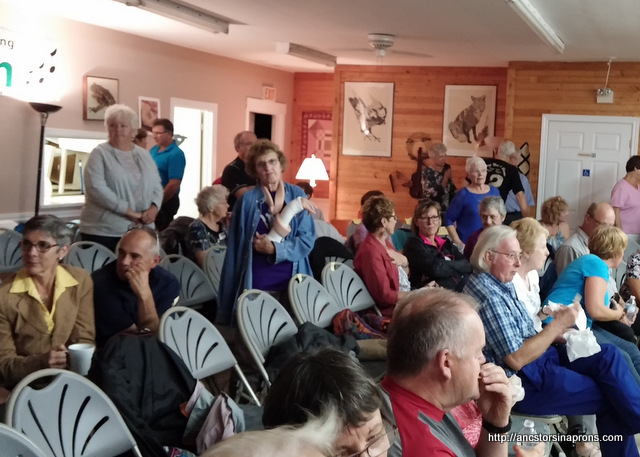 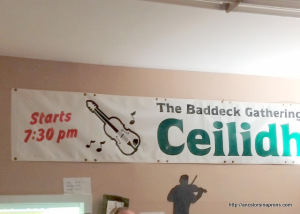 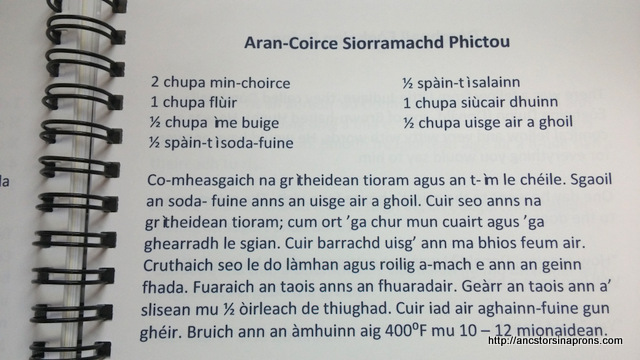 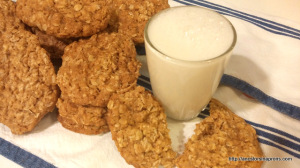 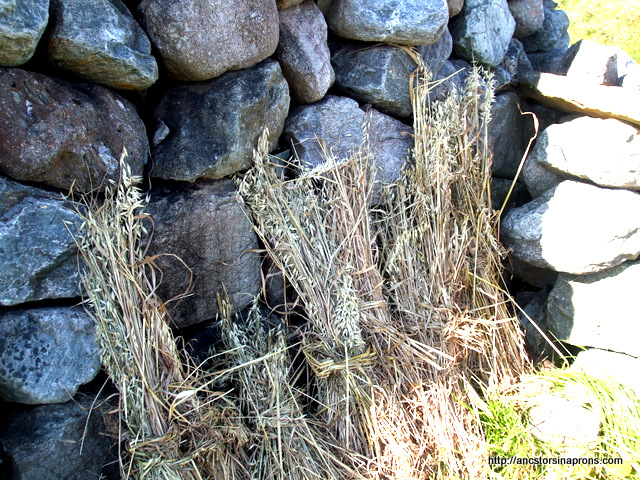 I must admit that I go a little bit crazy when I get to Maine or New Brunswick or Nova Scotia where lobsters are plentiful. I love lobsters, and to be able to get a full lobster meal for the price I would pay for a lobster salad at home—well, it is just heaven. 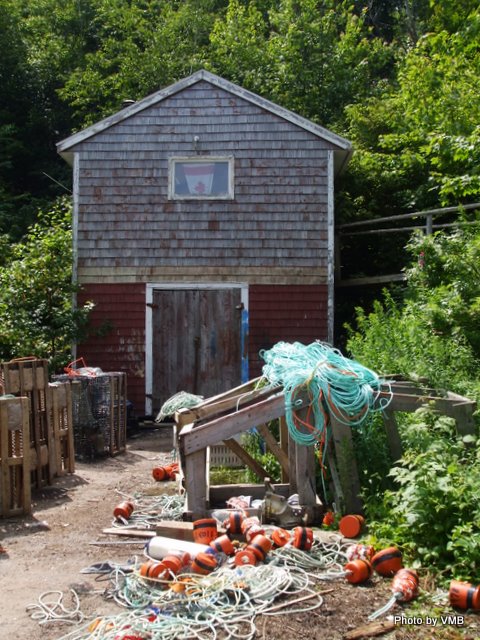 Lobster traps along the Cabot Trail in Nova Scotia

My favorite memory of a meal while traveling was one summer when my husband and I and our three boys joined his sister and parents for a Cape Cod vacation. We saw a notice in a throwaway newspaper for a local organization’s Lobster Bake on the beach. The meal was heavenly. Someone took pity on us and gave us plastic utensils and paper plates (which we didn’t understand we were supposed to bring) and we stood around the huge pit while the smoke bore the aromas of roasting meat and shellfish and corn.

Soon the guys running the show shoveled off the dirt and rocks, scraped off the seaweed and dug up the wire baskets of clams, lobster, sausage and ears of corn. I’ve never smelled anything quite as good! That probably was where I first got hooked on lobster. 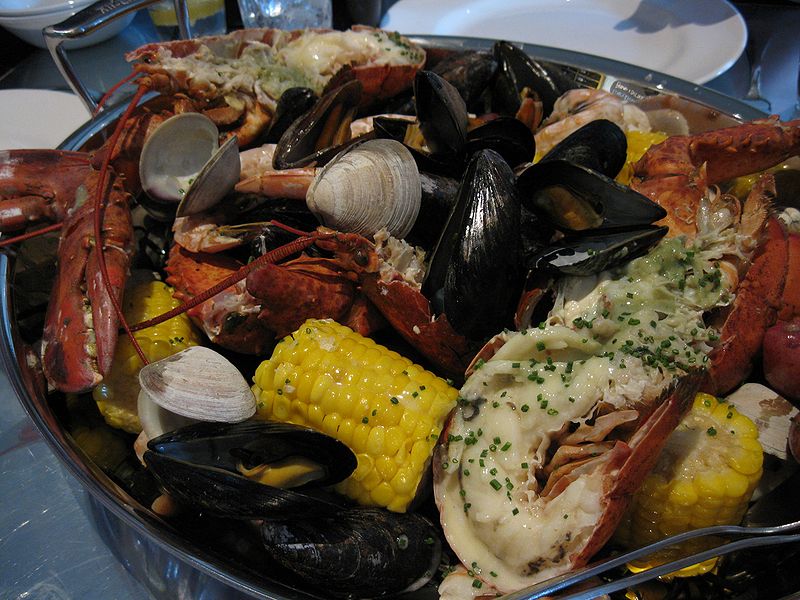 In Maine a few years ago, I pledged to eat lobster three times a day to make up for all the days I’d miss in Arizona. I managed to do it with the help of a friendly chef who made a lobster omelet for me for breakfast, and McDonald’s who serve a lobster roll along with their more plebeian offerings.

So here I am this year traveling in Nova Scotia where all things seafood are abundant–crabs, shrimp, lobster and everything else to make my mouth water. 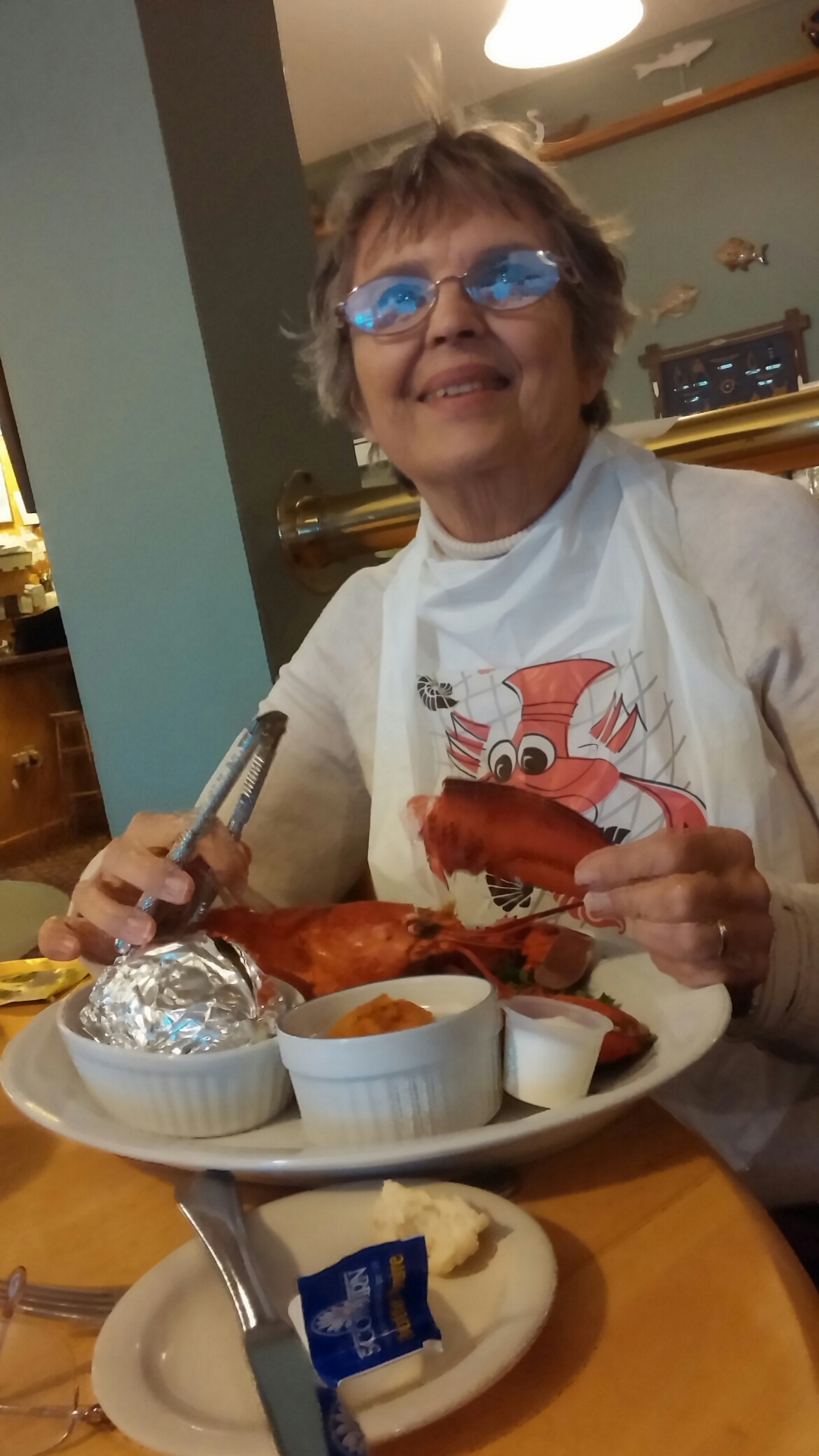 However, when I think of my pilgrim ancestors and their approach to lobster, I don’t know whether to laugh or cry. Briefly–they looked DOWN on lobster, thinking it was kind of a cheap, everyday source of protein that they would eat only because their beloved beef and pork were not available when they first arrived in America. There they were in New England, the waters teeming with seafood of all kinds, and they didn’t like any of it (except maybe oysters.)

Not until the 19th century did lobster come to be seen as a gourmet item on menus. In the 60s, as a young bride, I chose this lobster casserole as my go-to gourmet company dish. I certainly could not afford to buy a whole lobster–let alone have a clue how to cook it.

But I’m happy I’m in Nova Scotia and New England and I can eat LOTS of lobster this week and I don’t have to take small chunks and stretch it with noodles. 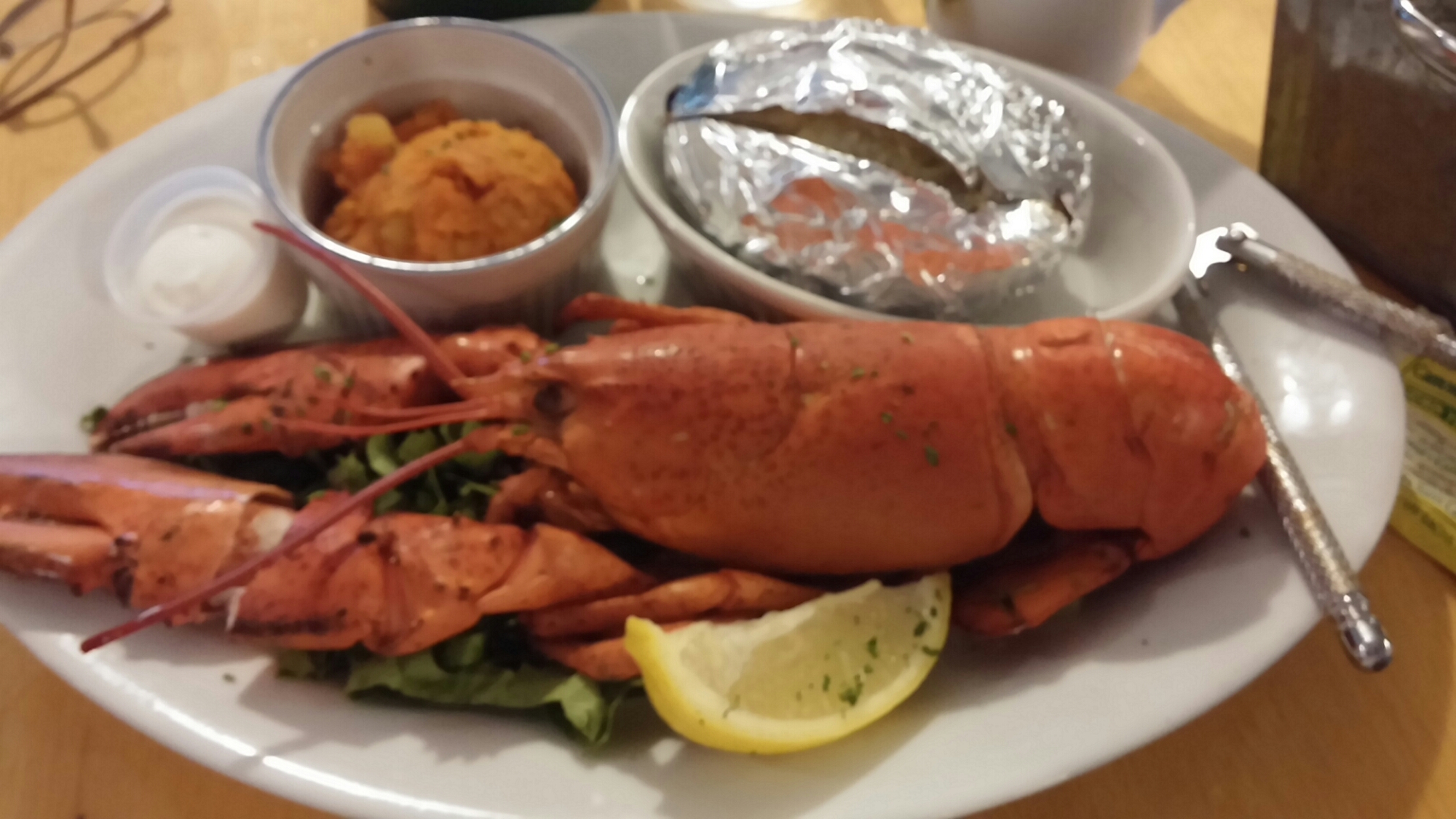 Angostura Bitters was a commonplace for any decent home bar in the 50s and 60s, but if you don't make Manhattans at home, you may not have any at hand. The bitters have a distinctive flavor (supposedly more than 40 ingredients go into it) so be warned your dish will be different if you substitute lemon, Worcestershire Sauce or another sauce.

Some kitchens also do not regularly stock capers. If yours is one of those caper-less kitchens, consider buying a small bottle. They had a nice punch to this dish and other --particularly fish--dishes. Try them in tuna salad, for instance.