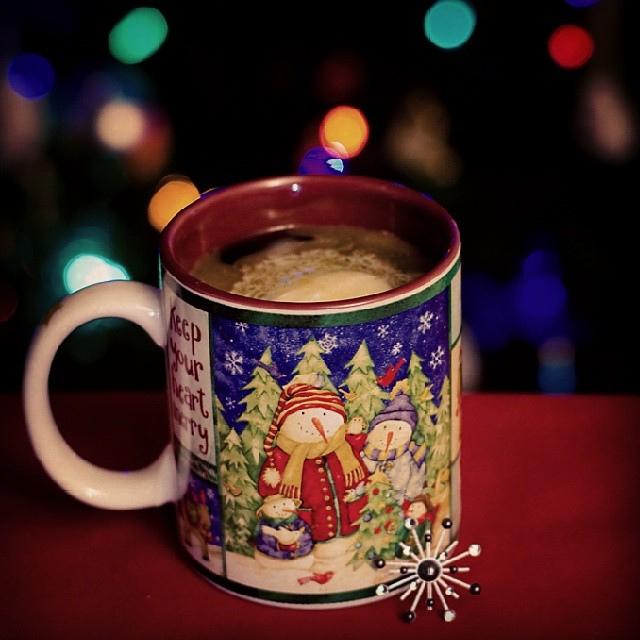 I was amazed to learn that I had unwittingly served one of my inn-keeping ancestor’s favorite tavern drinks, Flip,.  Was I channeling the Howes when I cooked up a batch of hot buttered rum at holiday parties?

Before I share my crock pot recipe for hot buttered rum, which was called Flip in the taverns of my ancestors, let’s take a look at the place of taverns (called “ordinaries” in the early years) in 17th and 18th century America. It turns out they served up politics as well as tankards of ale and rum!

Citizens had very contradictory thoughts about taverns from the time of the Pilgrims right up into the end of the 18th century.  The Puritans preached abstinence and sobriety, but did not trust water to drink, so they consumed large amounts of ale.

The concern with the evils of drink led to many laws and regulations governing taverns, in an attempt to protect citizens from drunkenness.

And yet, they were so important to life in the colonies that towns could be fined for not providing a tavern.  Locating taverns in convenient places and making them accessible to all citizens dominated the agenda at many a governmental meeting. Militia drilling grounds generally were set aside near a tavern, and drinks after military drills were part of life. Since many meeting houses were not heated, court and legislative sessions would retreat to warm taverns in the winter.

Who went to taverns? Not everyone by a long shot.  For one thing, women were not expected to spend time in taverns. For another, regulations of who was allowed were strict.   Here’s an example from the license of Thomas How, a member of the family from Marlborough who owned the Black Horse tavern.

“[The proprietor] shall not suffer or have any playing at cards, dice, tally, bowls, nine pins, billiards or other unlawful games in his said house or yard, or gardens, not shall suffer to remain in his house any person or persons, not being his own family, on Saturday night after dark, or on the Sabbath days, or during the time of God’s Public Worship…nor shall sell any wine to Indians, or negroes, nor suffer any children or servant or other person to remain in his house, tippling or drinking after nine o’clock in the night…nor willingly or knowingly harbor in his house, barn, stable, or elsewhere any rogues, vagabonds, thieves, sturdy beggars, masterless men or women or other notorious offenders whatsover…”

Well that doesn’t exactly sound like the tavern was a fun place to hang out, does it?

Town selectmen were responsible for regulating the taverns, and when the restrictions began to chafe, tavern owners ran for office. Eventually, 20%  and more of the colonies’ representatives to legislative bodies were chosen from owners of taverns.

Their place of business made a perfect political base. Everyone knew them and they were in rumor central as people passed through with news of the day, so they were very well informed of events and could easily see how the winds of public opinion were blowing. And of course their self interest was served by being a selectman, responsible for regulating themselves.

Some tavern owners supplemented their election chances by buying free drinks for patrons. Others were content with the common practice of running a tab for townspeople. In either case, many voters would be indebted to them.

The Howe family of tavern keepers took full advantage of their position in the center of community affairs to get elected as selectmen and other leadership roles.

And while they were ladling out everything from cider to imported French wine, the favorite of the customers was rum and spice hot drink they called Flip.

When I made hot buttered rum for guests at my Christmas or New Year’s parties, the crock pot did the real work.  While I was fixing trays of snacks or frosting cookies, the slow cooker simmered away and filled the house with a buttery, cinnamon-y aroma. 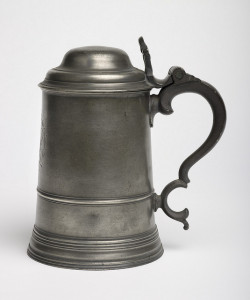 If my father (Paul Kaser) were around, he would remind me that the REAL way to make hot buttered rum for your guests gathered around the fireplace, was one mug at a time. Put the rum and cider in a mug, add a pat of butter and spices and a spoonful of sugar. Then heat a poker in the roaring fire and when it gets red hot, plunge it into the mug to heat the drink. Insert a cinnamon stick to stir the drink. (This would probably work much better with the colonial pewter mug than with a delicate glass mug.) 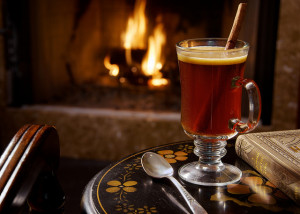 Although these instructions are for cooking in a crock pot/slow cooker, it can be cooked on low heat on the stove top as well.

As Ancient is This Hostelry: The Story of the Wayside Inn by Curtis F. Garfield and Alison R. Ridley (1988)

Public Houses: Drink and the Revolution of Authority in Colonial Massachusetts by David W. Conroy (1995)