I have published 420 posts since I launched the blog in April 2013, 89 of them in 2016. I tend to write what I am interested in, assuming that surely somebody else must be interested in the same subject, or curious enough to read a bit. What is the Best of 2016?

There are always surprises when I turn to Google Analytics at the end of the year to see what you’ve been reading throughout the year.

The Ten Most Popular Kids on the Block–Best of 2016 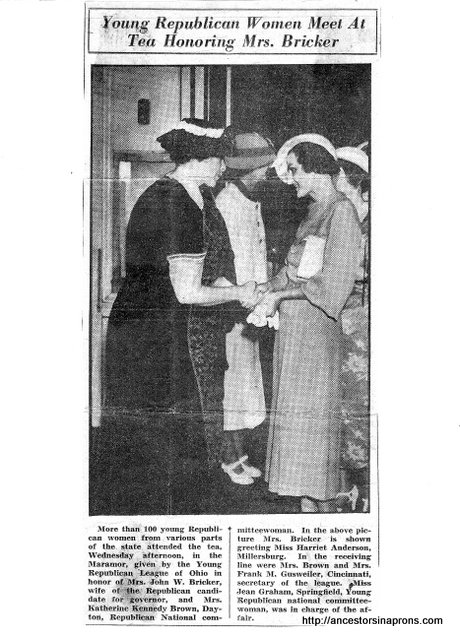 10: Family Politics: My Mom and Dad’s Political Courtship. Published in March as part of a series on family members who have been involved in presidential campaigns for James Madison, William Henry Harrison, Alf Landon, George W. Bush. 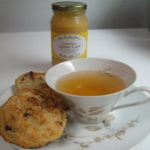 9: Cream Tea and Scones, from May, discusses the fine points of proper tea and shares some heirlooms.

8: Colonial Orange Cake, borrowed from the book, The Midwife’s Revolt, in April. I must say I LOVE this cake. And the post also presents my review of the book, which I also recommend highly.

7: Welsh Skillet Cakes, part of my research into my Welsh ancestry, published in August. 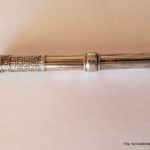 6: The Propelling Pencil–a mysterious object my siblings and I discovered in our great-great-grandmother’s chest of antiques. Another in my occasional posts on heirlooms appeared in June. 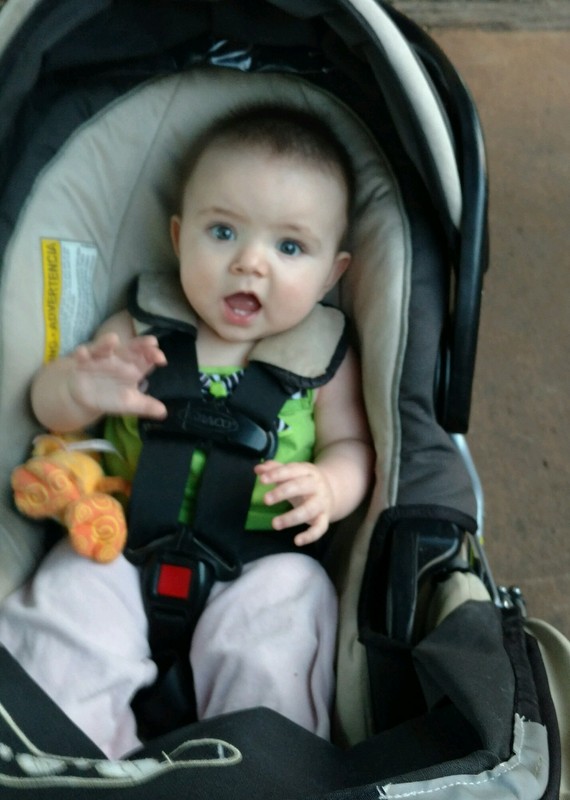 5: Meet the New Twig: Skylar Rose. The birth of our first great-grand daughter in Janaury (after two earlier great-grandsons) warranted a little meditation on the meaning of her name. As you can see, she had changed a lot by the time we visited her in September.

4: Why Genealogical Research is Never Done.  I don’t often write about the nuts and bolts of research, but sometimes the reader needs a warning label–“this work not complete”. Published in July.

3. Invalid Cooking – Rice Pudding. This article about how our ancestors in the 19th century through the early 20th coped with illness appeared in March at the end of flu season. The rice pudding is one of my family favorites. This post followed a more informative one that includes several suggestions for food for the sick. Sick Food – Barley Water. Even though you understandably might not be attracted to barley water, this post gives a worthwhile picture of the sick room of yesteryear. 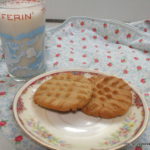 2. Peanut Butter Cookies. Mothers have shoved aside the beloved treat of my childhood. The increasing problem of peanut allergies forced a change in after-school treat. But I learned that many people share my nostalgia when I published this in April. (Some heirlooms make their appearance in this post.)

1. The Story of a House, The Home of Jeddiah Brink.   I experimented with the Adobe Spark tool that presents a flashy slide show. It provided a good way to show off pictures of this ancestor’s farm house. Newly discovered cousins, the present owner of the house, a Facebook community site, and a fellow ancestor seeker collaborated with me in this June production. I name them all at the end of the post.

Some posts have legs, we say.  Just like in 2015 and 2014, you continued to love the post about Perfect Pie Crust. Another post with legs, about my Grandmother’s Corn Meal Mush (Not Polenta), also first appeared in 2013, but both still earn a place on the best of 2016.

Searches on the site focused mostly on food, with the exception of people looking for Peregrine White and  Jerusha Howe. Otherwise, an overwhelming number of you searched for German desserts. You also looked for Amish buttermilk cookies, Birds’ Nest Pudding, Creamed Celery (REALLY??), Buckwheat Pancakes, Joy of Cooking cookbook, food grinder (Maybe when Cuinsineart recalled the blades on their food processor?) and a recipe for Harvard Beets.

New This Year at Ancestors in Aprons

I launched a new feature called A Slice of My Life, in which I talk about my own experiences.

I increased the number of posts about heirlooms and have been labeling and photographing as fast as possible so that I can share more of them here.

I made a book for siblings and children based on family group pictures and stories I had used at Ancestors in Aprons, dating back as far as the mid 1800s and up to last June.  This is a first step in finding ways to share this famly research with immediate family.

I began to experiment with the new Ancestry app, We’re Related. An addenda about that app below, in case you are curious about it.

Sometimes my idea of the best of 2016 is not the same as yours. My wild great-grandfather Jesse Morgan who ran off to California and got killed on the street in Sacramento did not fascinate you as much as he did me. One of the letters Jesse wrote to his wife to tell her “that I am alive” came in twelfth in the popularity list. Still, I feel blessed to have photocopies of a bunch of his letters to his wife from the period just before his trip to California. I wrote several posts on Jesse, plus some on his family.  I encourage you to seek out his saga.

I’ll be doing a lot of research, and cleaning up loose ends on the work I have done in the past three years. Plus I have expanded some of my searches into Europe, and would like to wrap that up within six months, so I do not have to continue to pay Ancestry the extra amount for World coverage.

In order to do that, I’ll be writing far fewer blog posts.  Rather than letting the blog rule my life with scheduled posts on Tuesday and Thursday each week, I’ll only be writing when I have something particular to say. So you may not hear from me for stretches of time. Don’t worry. I’m here, and  you can always catch up on things you have missed in the past.

A very Happy New Year to you from Ancestors in Aprons.  Have a piece of Swiss New Year’s Bread, or Scottish Black Bun, or Dutch Olibolen (sorry, no picture available). 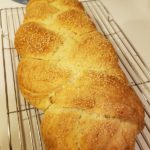 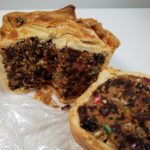 Ancestry.com launched an app called We’re Related that pops up with people they calculated as cousins.  Most of my “relatives” were 6th cousins. And the first ones to show up were both Clilntons–Hillary and Bill; plus Barak Obama, which sent my Republican ancestors whirling in their graves. I don’t get excited about the matches with pop stars, but match me with Ralph Waldo Emerson, or Abraham Lincoln, Theodore Roosevelt, Helen Keller, Winston Churchill and many others and I’ll pay attention.

Controversy arises mainly because Ancestsry bases conclusions on a compilation of family trees. Those trees often contain faulty information.  No evidence attached to conclusions breeds serious doubts about truthfulness. (Garbage in, garbage out.)

However, I follow the theory that a monkey can compose a symphony if he bangs on a piano for a thousand years. Some people carefully research their trees. The task calls for a quest to prove or disprove. And I’m learning some valuable things that add to my knowledge of my own line.

I cannot claim Helen Keller, it turns out, because the Ancestry equation links her through my Brink line. They use a great-grandmother whose maiden name I cannot confirm, and the line they assign to that woman doesn’t prove to my satisfaction.

On the other hand, Kevin Bacon, Winston Churchill, Debbie Reynolds and Carrie Fisher, Henry David Thoreau and John F. Kennedy all seem to check out.  “Seem to” because I can only check my own side of the line in most cases. Since most very famous people have verified lines, this turns out not to be a serious barrier. The problems arise when I am allegedly connected to a famous person through a remote overseas ancestor.

Most people recommend using the app  for entertainment, not serious research, but I have chosen to use it as another research tool.  Have you used this app? What do you think? Can you find a way to make it useful?