Even though I know that infant and childhood were dangerous times in earlier centuries, my heart goes out to a family that loses five children. Anna Barbara and Samuel Schneiter would have had ten children if all their children had lived to adulthood. Instead, five died as infants or young children. Anna is the great- great-grandmother of my husband Ken Badertscher.

Born in Buchholterberg (see map below) in the canton of Bern, Switzerland on June 7, 1839, Anna Barbara Müller was baptized three weeks later. In October of 1858 , just 18 1/2 years old, she marries Samuel Frederick Schneiter, 23, in the canton of Bern. Samuel had been born in Steffisburg, in the region of Thun in the same canton. To emphasize how close their towns were, here is a four-hour hike that goes through Buchholterberg and Steffisburg.

Bern is the second largest canton of Switzerland in both area and population. Most of Ken’s ancestors  came from the canton of Bern, which means that in their native country, they lived as close to each other as residents of the state of Delaware. I fact, closer than that, because they came from an area north of the lakes and not far from Thun and Bern.

The capitol is the city of Bern (Berne in French) which is also the capitol city of the country.The sprawling area includes both spectacular alpine areas and lower meadow lands where dairy farms prevail.  The Thun region centers around Lake Thun, which connects with Lake Brienz at the city of Interlaken. The names of Sigrisvil, Thun, Goldiwyl, Grosshoctetten and Steffisburg have all popped up in researching Ken’s ancestors.  All are on this map.

Now that I have indulged my fascination with the geography of genealogy–back to Anna Barbara’s story.

In August of 1859, just two months after turning 19, Anna gave birth to a daughter, Alice. She and Samuel had settled in Steffisburg, but by the time their son Godfrey was born in 1861, they  had moved  about 13 miles north to Grosshöchstetten. (webcam here.)

Apparently, Samuel was having a hard time finding a good source of income, because the family moved several times, and when Ida was eighteen months old, they traveled to Antwerp, Belgium and emigrated to America–arriving in 1869. Perhaps they would have come earlier, had it not been for blockades of the Civil War.

For those who hesitate to travel with children, consider what Anna did. In the summer of 1869 she packed up all her family belongings, said goodbye to her own birth family and traveled with four children–ages 18 months, 3 years, 8 years and 10 years. [According to the ship manifest, Ida was 9 months instead of 18, which would make other records of her birth year incorrect.] The family made their way from Switzerland to Antwerp–about 450 miles through either France or Germany and then through Belgium– and then sailed with other Swiss immigrants in steerage to New York City.

Sailing steerage would have meant a steamship, fortunately better than the older sailing ships. The sea voyage would have taken about two weeks. The City of Dublin (picture at top of article) was a steam ship equipped with sails that had been launched five years earlier. The Inman line that operated the ship reportedly treated passengers better. For instance–providing food, whereas formerly steerage passengers were expected to provide their own.

Although conditions were improved on steamships–according to one article, only one in 1000 passengers died as opposed to one in two hundred on sailing ships–the passenger manifest as a column for deaths enroute.

Corralling kids that age on a trip like that sounds like a tough job to me! But none of the Schneiter famiy died en route.

I have not been able to find out whether they immediately moved to Ohio where Samuel worked in the mines in Tuscarawas County, Ohio. But I do know that shortly after they arrived, Anna was pregnant again, this time with a boy, William, born in 1871.  Four years later (1875) she gave birth to Franklin. Two years after that, when Anna was 35, she gave birth to her last child–Flora–born in 1877.

That would mean that by 1880, the household consisted of mother, father and three boys between 5 and 19 years old and three girls between 3 and 14.  The oldest, Alice, had married Fred Wenger by then. The record shows a total of seven children in 1880, since we know that one child died in infancy in Switzerland.

However, in the 1900 census, Anna says that she gave birth to ten children and only five were living.  In the 1880s, the two youngest children, Frank and Flora, died. That leaves five children living, that we know of, and three who have died by 1890. How does that get to be five and five in 1900? It is a mystery. She probably lost infant children while still in Switzerland.

Her husband Samuel died in 1902 in New Philadelphia, Ohio.

Added in September, 2022: Probably shortly after her husband’s death, she had her portrait made at the studio of artist/ photographer J. N. Strickmaker. I suspect her good looking oldest son went along and had his photograph made at the same time. I found Ida’s picture eight years after writing about her.

The 1910 census lists her as head of household, but she has an 18-year-old grand daughter. Hazel, who works as a seamstress living with her. When Anna died in 1912, her New Philadelphia obituary named five surviving children. (End of added material)

Like most of the family, Ann Barbara, born in the Canton of Bern, Switzerland, is buried in the cemetery in New Philadelphia, Ohio. Her joint tombstone with her husband Samuel also lists the two young children, Flora and Franklin.  But surely she left behind loved infants in Switzerland.

FOR GENEALOGY NERDS ONLY

According to the obituary there are five children living in 1912, just as in 1890. But the thing that has me puzzled– is Mrs. Charles Murray — Rosa Schneiter?

Although I have not found records for Rosa Schneiter (or Murray) after the 1880 census, and I assumed that she was one of the children who died before 1900. That, however, is impossible. Since Flora died in 1883, there are no other daughters that could be Mrs Murray. Until I can find a marriage record and a death record for Rosa, I have no proof positive.

Agnes Bair Badertscher, who is the daughter of

Helen Stucky Bair (Kohler), who is the daughter of

Ida Schneiter Stucky, who is the daughter of 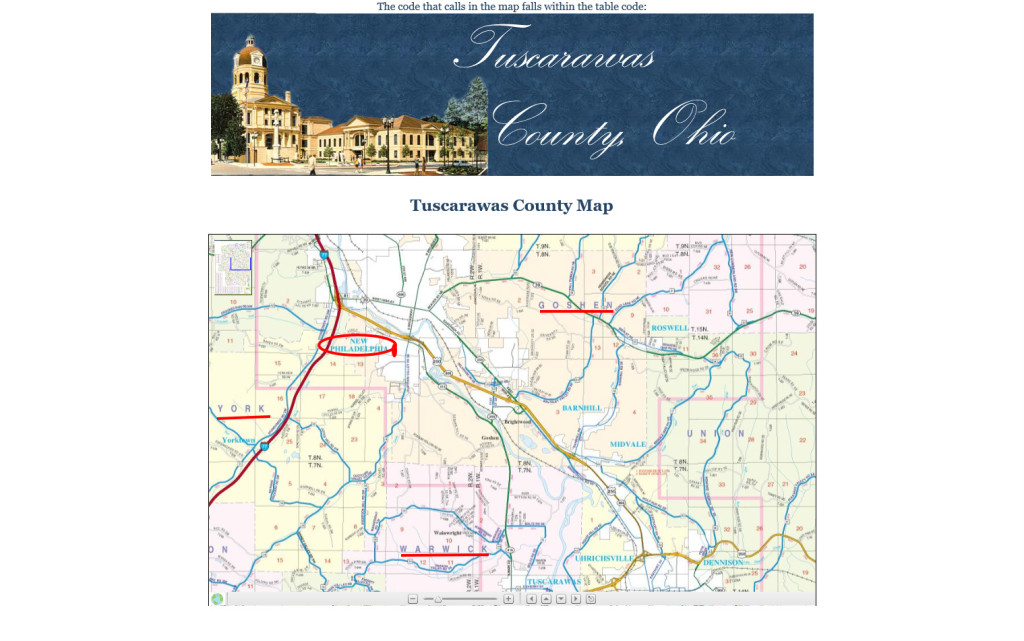 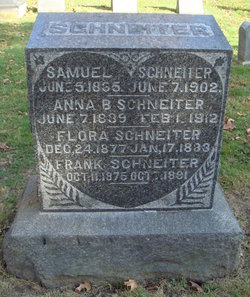