At some point late in their mother’s life, the Stout brothers and sisters gathered at the Stout farm in Guernsey County.  It was an important occasion, because Tom Stout came all the way from Wyoming, and Frank (John Franklin) Stout came from Omaha Nebraska.  Not only did the four boys have their picture taken together, but I have just discovered a Stout family picture, another photo that includes the aging Emeline Stout.  I have shown the picture of the Stout boys earlier, but mistakenly thought they might have gathered for Emeline’s funeral in 1905.  I now know the four brothers were together somewhat earlier than March, 1905.

Here’s the Stout family picture I just found, with Emeline and six of her children, plus a son-in-law. 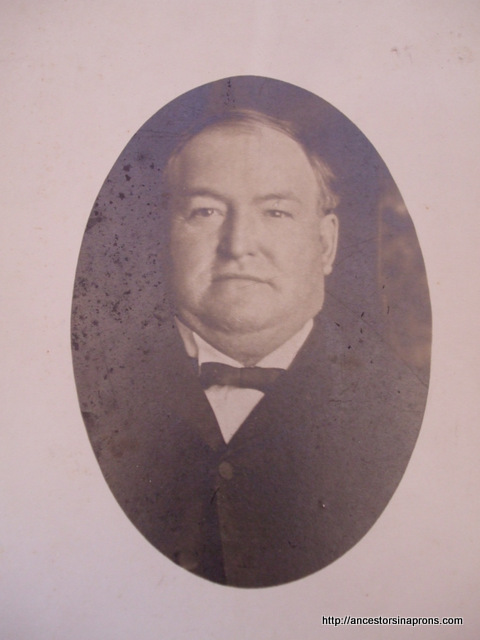 And the biggest question of all–what brought this family together?  It was not a wedding, nobody had died in the late 1890s, Emeline would have turned 70 in 1898. Could the family have gathered for her birthday? I’m missing something here. Something that was important enough to draw the entire family together, and commemorate the event with a photograph. 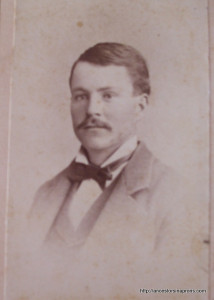 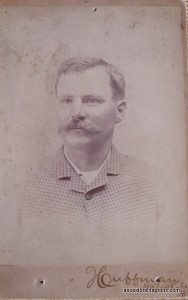 In 1905, Emeline Stout, Tom’s mother, died in Ohio and the four Stout brothers gathered for the funeral. They had a portrait made -the sons of an uneducated farmer who had all achieved respect in their communities through professional accomplishments–two doctors still in Ohio and a lawyer and a prosperous rancher who had gone West.

He was to marry again and have another son, but that is another story…

That Wyoming history book, in the flowery language common to those early 20th century history/biography books, said in 1918, that Thomas A. Stout recently retired with an income that “not only supplies him with all the necessities but also with many of its luxuries.”

[revised 4/11]Tom Stout died in Wyoming in 1926. Thanks to that Wyoming history, I have a sketch of Thomas Albert Stout. Well, okay, it is a bit flowery, and every person described in the book seems to be a paragon of virtue, but here’s Tom/T.A.